Pandas drop_duplicates() method helps in removing duplicates from the Pandas Dataframe In Python.

As we can see one of the TeamA and team has been dropped due to duplicate value.

In the following example, rows having the same First Name are removed and a new data frame is returned.

As shown in the image, the rows with the same names were removed from a data frame.

In this example, rows having all values will be removed. Since the CSV file isn’t having such a row, a random row is duplicated and inserted into the data frame first.

As shown in the output image, the length after removing duplicates is 999. Since the keep parameter was set to False, all of the duplicate rows were removed. 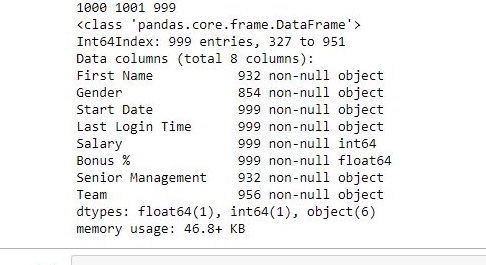