Pandas describe() is used to view some basic statistical details like percentile, mean, std etc. of a data frame or a series of numeric values. When this method is applied to a series of string, it returns a different output which is shown in the examples below.

Output:
As shown in the output image, Statistical description of dataframe was returned with the respective passed percentiles. For the columns with strings, NaN was returned for numeric operations. 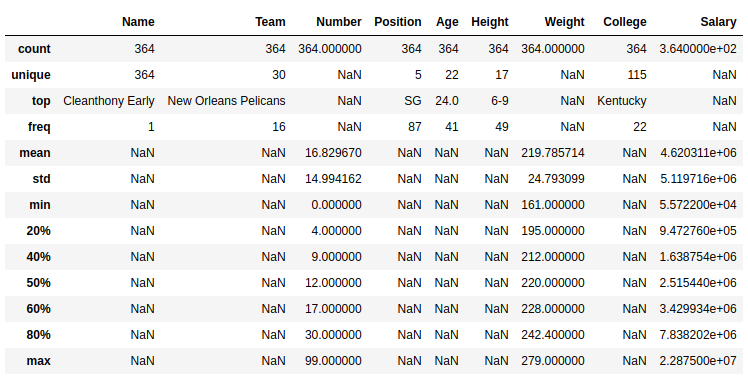 In this example, the describe method is called by the Name column to see the behaviour with object data type.

Output:
As shown in the output image, the behaviour of describe() is different with series of strings.
Different stats were returned like count of values, unique values, top and frequency of occurrence in this case.