Langton’s Ant is a 4-state two-dimensional universal Turing machine. It was invented by Chris Langton in 1986. It is basically an ant, sitting on a square lattice of cells, which are initially white. The ant moves on the plane and changes the color of cells creating patterns on it. But the movement of the ant is not random; it follows the following set of rules :

As the ant starts, it creates a black and white pattern while moving. Initially, the changes are not distinctive but as we iterate it over and over again, a beautiful pattern emerges. But if we further increase the number of iterations (say ~ 10000), the ant starts repeating its path with a gradual shift, instead of making new patterns. Thus, we obtain a highway like pattern that is infinite. The ant keeps moving on that highway and gives the following pattern. 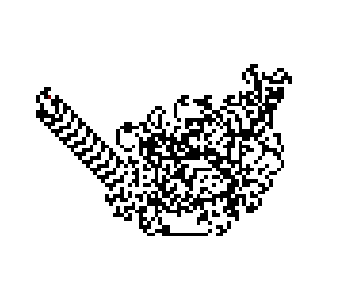 Refer the visual explanation of Langton’s Ant from here. It helps to visualize how exactly the ant works.

The Python-3 code for Langton’s Ant is given below : 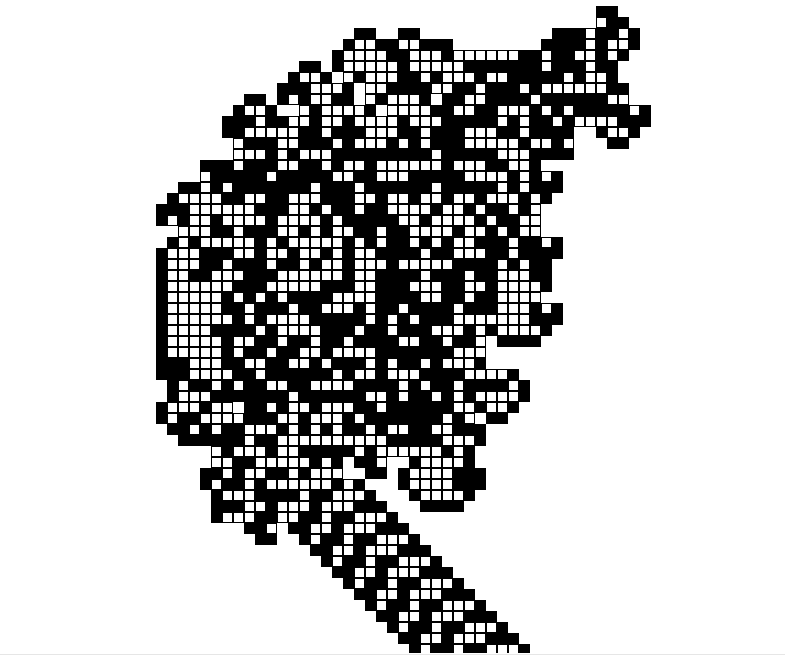