Customer Churn
It is when an existing customer, user, subscriber, or any kind of return client stops doing business or ends the relationship with a company.

Code : To find the number of churners and non-churners in the dataset:

Code: To group data by Churn and compute the mean to find out if churners make more customer service calls than non-churners:

Code: To find out if one State has more churners compared to another. 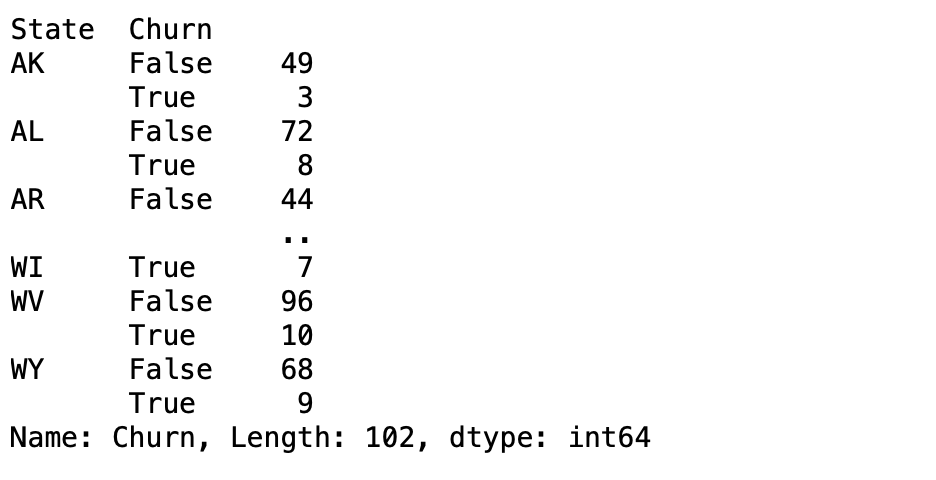 While California is the most populous state in the U.S, there are not as many customers from California in our dataset. Arizona (AZ), for example, has 64 customers, 4 of whom ended up churning. In comparison, California has a higher number (and percentage) of customers who churned. This is useful information for a company.

Exploring Data Visualizations : To understand how variables are distributed. 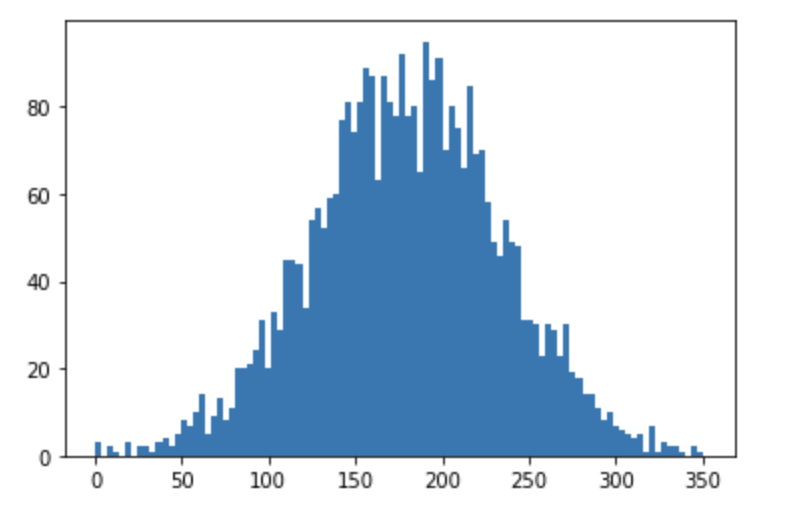 Code: To visualize the difference in Customer service calls between churners and non-churners 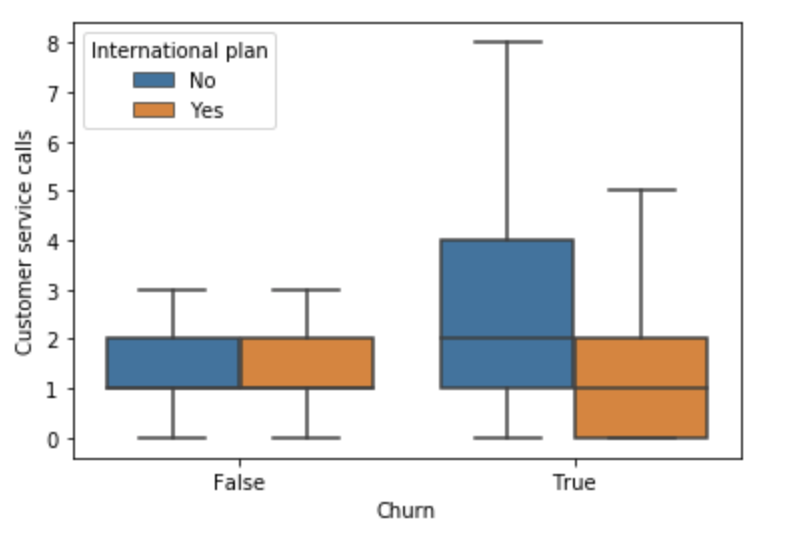 Many Machine Learning models make certain assumptions about how the data is distributed. Some of the assumptions are as follows:

In telco churn data, Churn, Voice mail plan, and, International plan, in particular, are binary features that can easily be converted into 0’s and 1’s.

Code: To scale features of the training and test sets

Code: To train a Random Forest classifier model on the training set.

From the confusion matrix, we can compute the following metrics: