Tensorflow is an open-source machine learning framework that is used for complex numerical computation. It was developed by the Google Brain team in Google. Tensorflow can train and run deep neural networks that can be used to develop several AI applications.

Importance of Tensor in Tensorflow:
A tensor can be called as the central data type of Tensorflow. It is because tensors are the fundamental components of computation inside the Tensorflow framework. As the name suggests, Tensorflow is a framework that involves defining and running computations involving tensors.

Let’s discuss all the different ways to create tensors in Tensorflow. 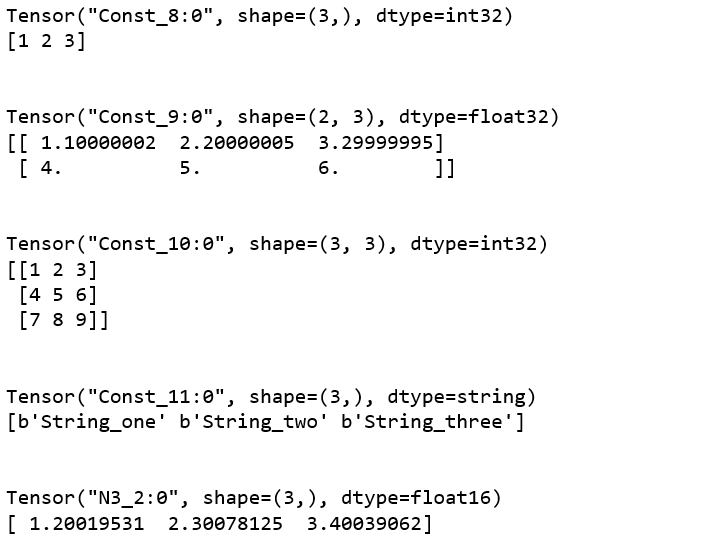 The zeros() function is used to create tensor with all of its elements as zero. The shape of the tensor is the only required argument. 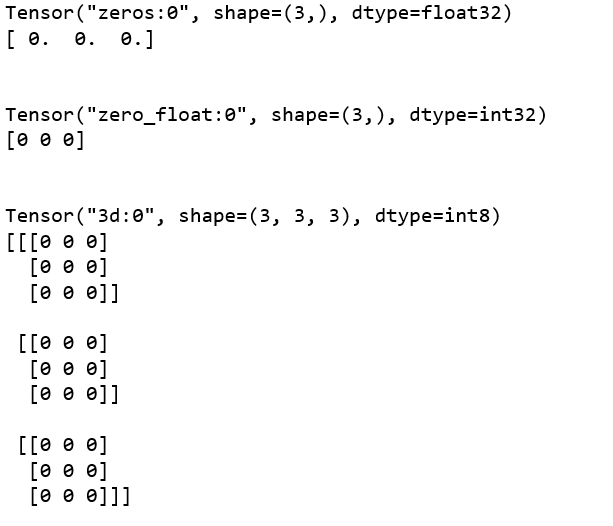 The ones() function basically does the same thing as the zeros() function, but the elements are one in this case instead of zero. 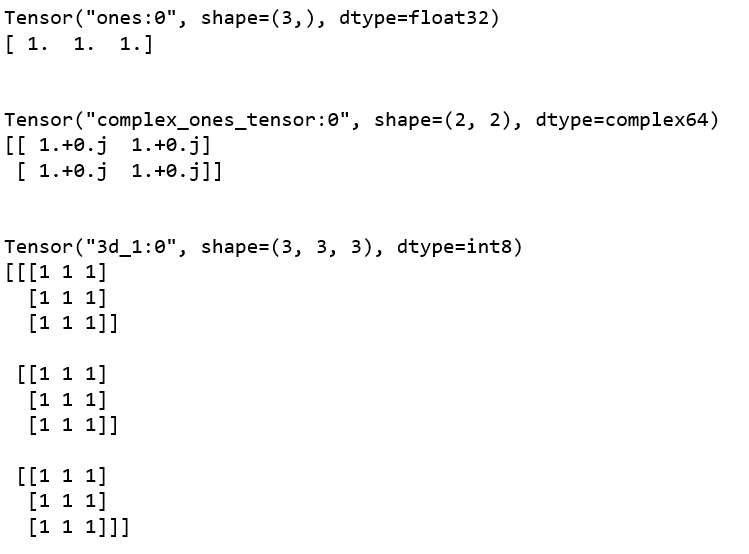 The fill() function is used to create tensors with all the elements in the tensor having the same value. The value of the element is to be passed as an argument and the datatype depends upon that value passed. 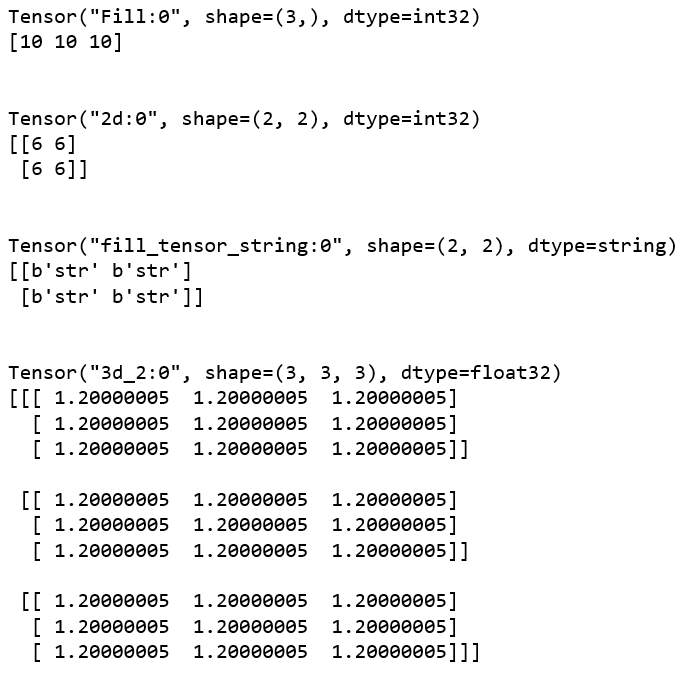 The linspace() function is used in creating tensors in which we specify the starting value, ending value and the number of elements as arguments and the elements of the tensor changes its values based on the arguments.