Here we are going to see the approach of forming a string made from the first and last 2 characters of a given string.

In this example we are going to store the length of the string in a variable and break the loop if its length is less than 4 characters otherwise we will store the characters if the variable matches the defined conditions and make a new string out of it.

My Personal Notes arrow_drop_up
Previous
Open Applications using Python
Next
How to Show Mean on Boxplot using Seaborn in Python?
Recommended Articles
Page :
Python program to capitalize the first and last character of each word in a string
20, Jan 20
Python Program to swap the First and the Last Character of a string
21, Nov 20
Python - Get Last N characters of a string
23, Feb 21
Python Program to check if two sentences can be made the same by rearranging the words
23, Feb 21
Python program to interchange first and last elements in a list
14, Nov 18
Python | Get first and last elements of a list
02, Jan 19
Python | Merge first and last elements separately in a list
03, Jun 19
Select first or last N rows in a Dataframe using head() and tail() method in Python-Pandas
01, Jul 20
How to get the first and last elements of Deque in Python?
25, Sep 20
Python - Find the distance betwewn first and last even elements in a List
02, Dec 20
Python | Shift last element to first position in list
26, Feb 19
Python program to print k characters then skip k characters in a string
05, Oct 20
Pandas - Convert the first and last character of each word to upper case in a series
07, Jul 20
Python | Convert list of strings and characters to list of characters
23, Jan 19
Python - Create a Dictionary with Key as First Character and Value as Words Starting with that Character
24, Nov 20
Highlight the maximum value in last two columns in Pandas - Python
22, Jul 20
Create First GUI Application using Python-Tkinter
15, May 20
Python | Get last N elements from given list
06, May 19
Find the first non-repeating character from a stream of characters
08, Oct 13
Python - Combine two dictionaries having key of the first dictionary and value of the second dictionary
25, Sep 20
wxPython - Create Radio Button using Create() function
25, Jul 20
wxPython - Create Static Box using Create() method
01, Jul 20
Python code to print common characters of two Strings in alphabetical order
24, Nov 17
Python | Reraise the Last Exception and Issue Warning
10, Jun 19
Article Contributed By : 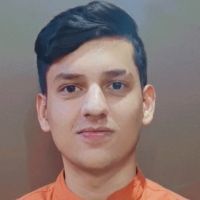