Triadic Closure for a Graph is the tendency for nodes who has a common neighbour to have an edge between them. In case more edges are added in the Graph, these are the edges that tend to get formed. For example in the following Graph : 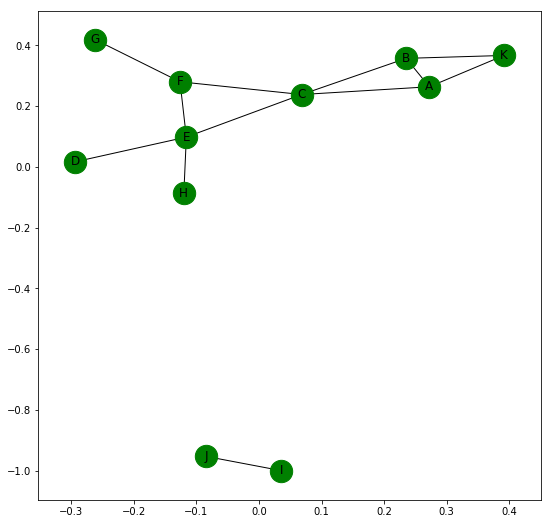 Local Clustering Coefficient of a node in a Graph is the fraction of pairs of the node’s neighbours that are adjacent to each other. For example the node C of the above graph has four adjacent nodes, A, B, E and F.

Networkx helps us get the clustering values easily.

How to get the Clustering value for the whole Graph ?

There are two separate ways for finding that out :

1. We can average over all the Local Clustering Coefficient of individual nodes, that is sum of local clustering coefficient of all nodes divided by total number of nodes.
nx.average_clustering(G) is the code for finding that out. In the Graph given above, this returns a value of 0.28787878787878785.

2. We can measure Transitivity of the Graph.

Transitivity of a Graph = 3 * Number of triangles in a Graph / Number of connected triads in the Graph.

In other words, it is thrice the ratio of number of closed triads to number of open triads. 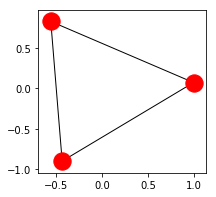 This is a Closed Triad 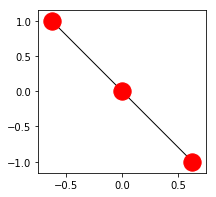 Now, we know that the graph given above is not connected. Networkx provides a number of in-built functions to check on the various Connectivity features of a Graph.
They are better illustrated in the following code: 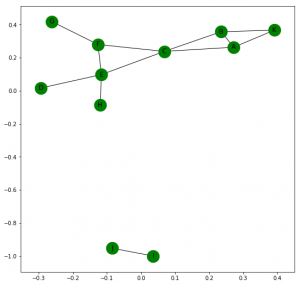 Connectivity for a Directed Graph – 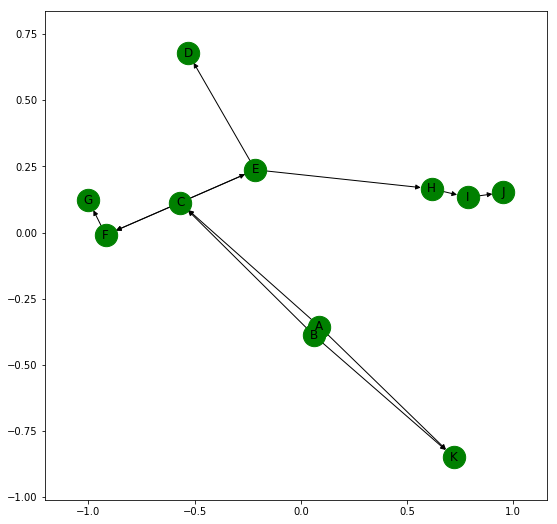 The given Directed Graph is weakly connected, not strongly connected.

Networkx allows us to find paths between nodes easily in a Graph. Let us closely examine the following Graph: 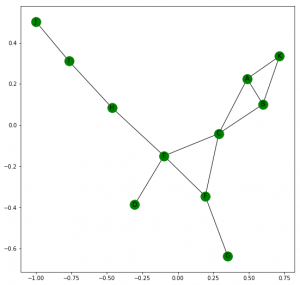 Few important characteristics of a Graph –

Networkx offers built-in function for computing all these properties.