The sample mean will approximately be normally distributed for large sample sizes, regardless of the distribution from which we are sampling.

represents the sampling distribution of the sample mean of size n each, 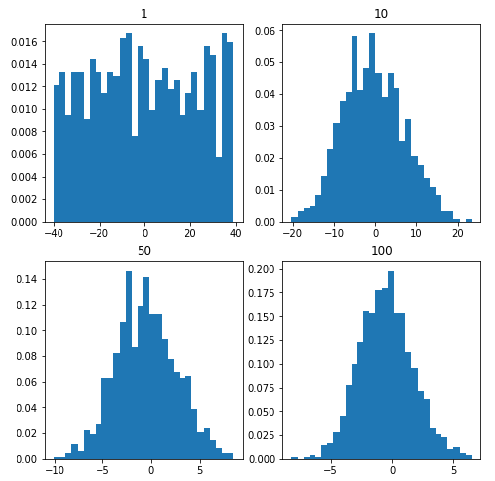 It is evident from the graphs that as we keep on increasing the sample size from 1 to 100 the histogram tends to take the shape of a normal distribution.
Rule of thumb:
Of course, the term “large” is relative. Roughly, the more “abnormal” the basic distribution, the larger n must be for normal approximations to work well. The rule of thumb is that a sample size n of at least 30 will suffice.
Why is this important?
The answer to this question is very simple, as we can often use well developed statistical inference procedures that are based on a normal distribution such as 68-95-99.7 rule and many others, even if we are sampling from a population that is not normal, provided we have a large sample size.