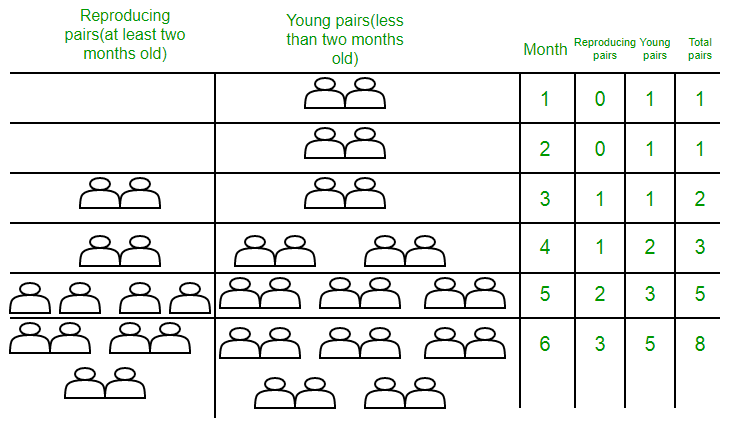 Let us denote the number of pairs of chinchillas after n months by f(n).

If you closely observe, this is the recurrence relation for Fibonacci numbers. (See ‘Total Pairs’ column in the pic)

Hence, the number of pairs of chinchillas on the island after n months is given by the nth Fibonacci number.

This puzzle is contributed by Feroz Baig. Please write comments if you find anything incorrect, or you want to share more information about the topic discussed above