Public Access Modifiers: If a class is declared as public then we can access that class from anywhere.

Compiling and saving the above code by using the below command line: 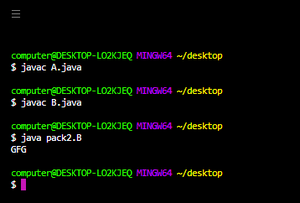 Similarly, a member or method, or interface is declared as public as we can access that member from anywhere.

A member is declared as protected as we can access that member only within the current package but only in the child class of the outside package. 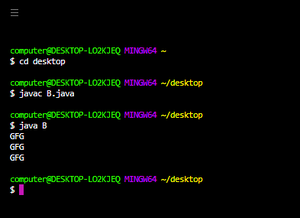