pstree Command in Linux with Examples

Pstree command in Linux that shows the running processes as a tree which is a more convenient way to display the processes hierarchy and makes the output more visually appealing. The root of the tree is either init or the process with the given pid. Pstree can also be installed in other Unix systems. 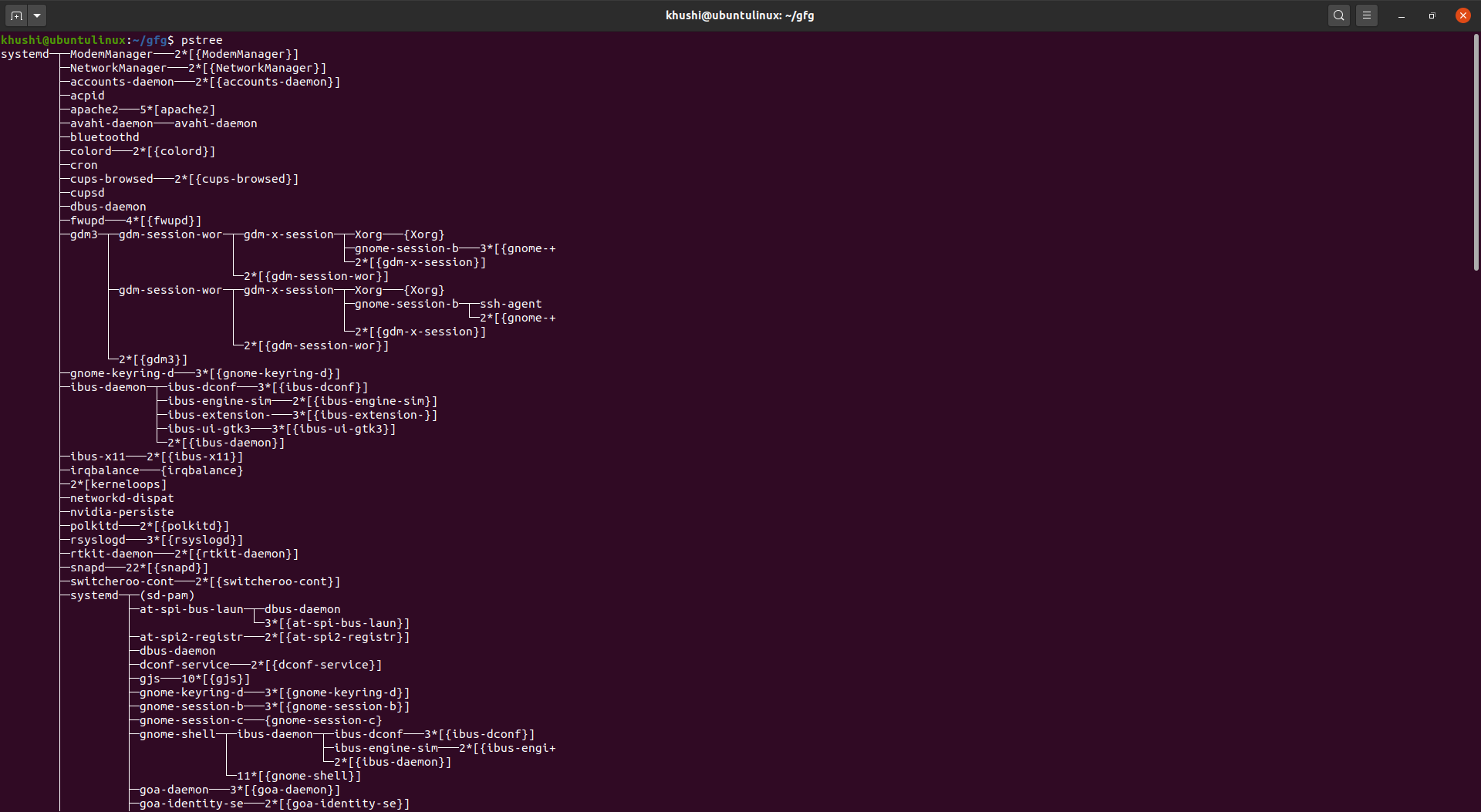 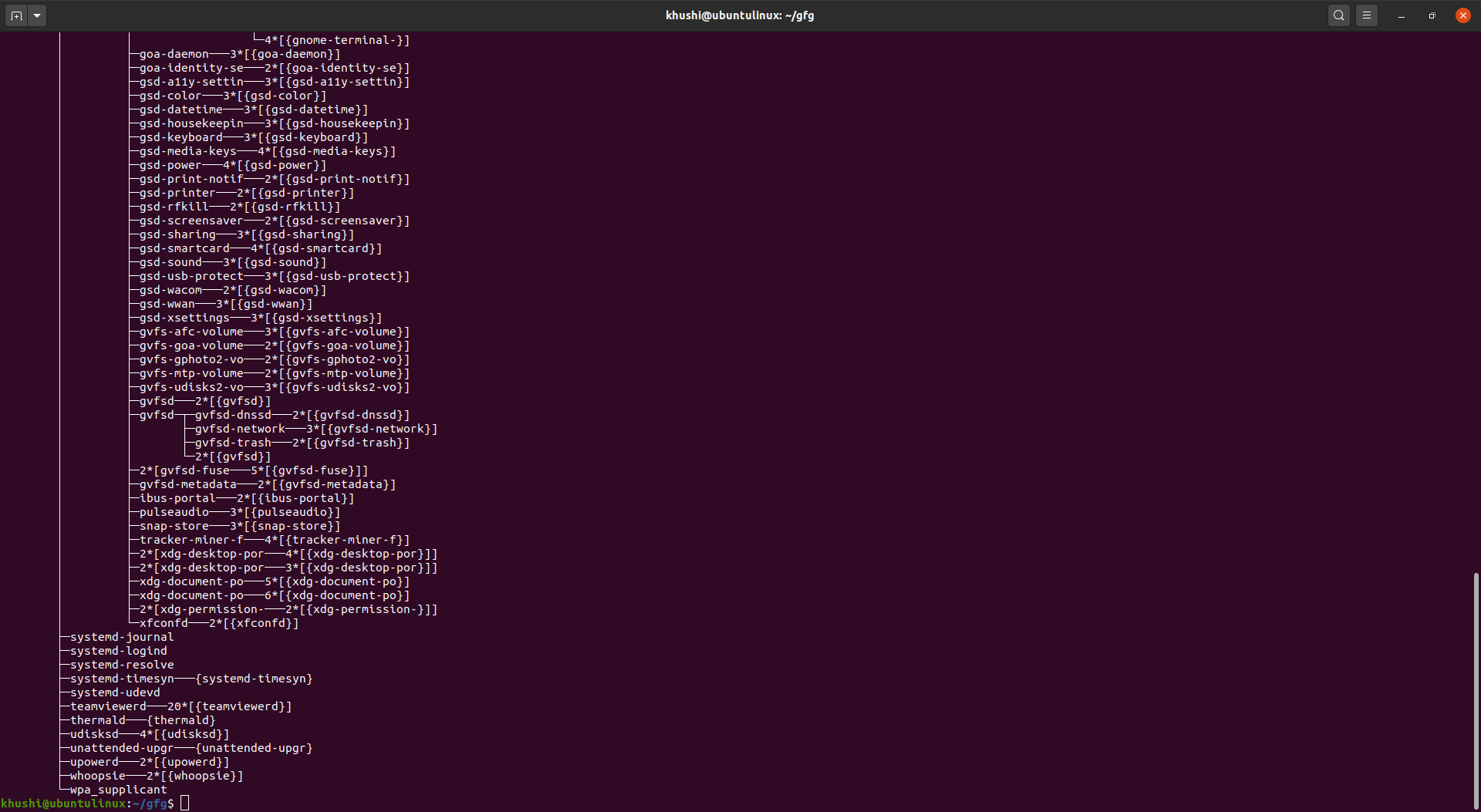 It produces process-related information in output.

2. To include command line arguments in output 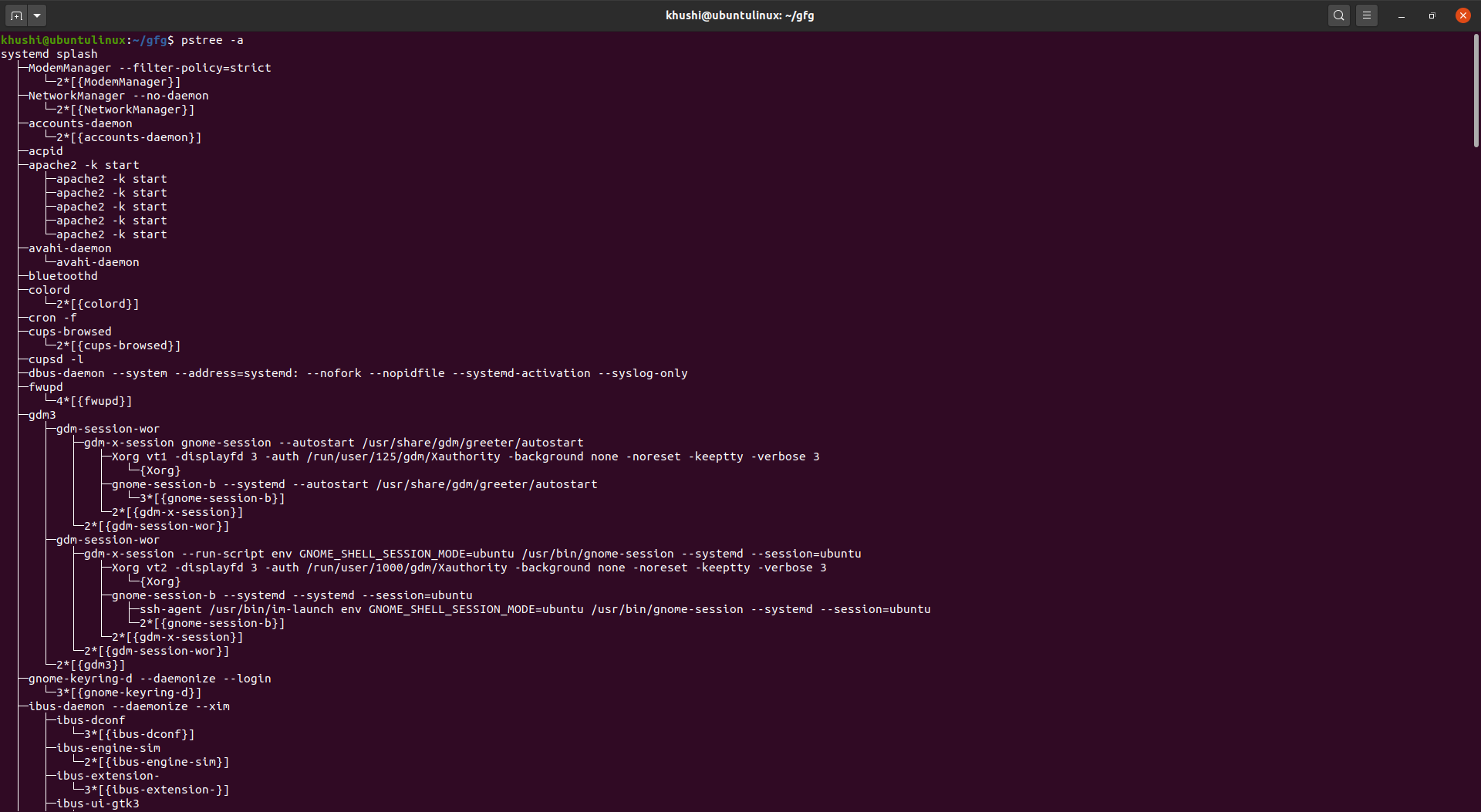 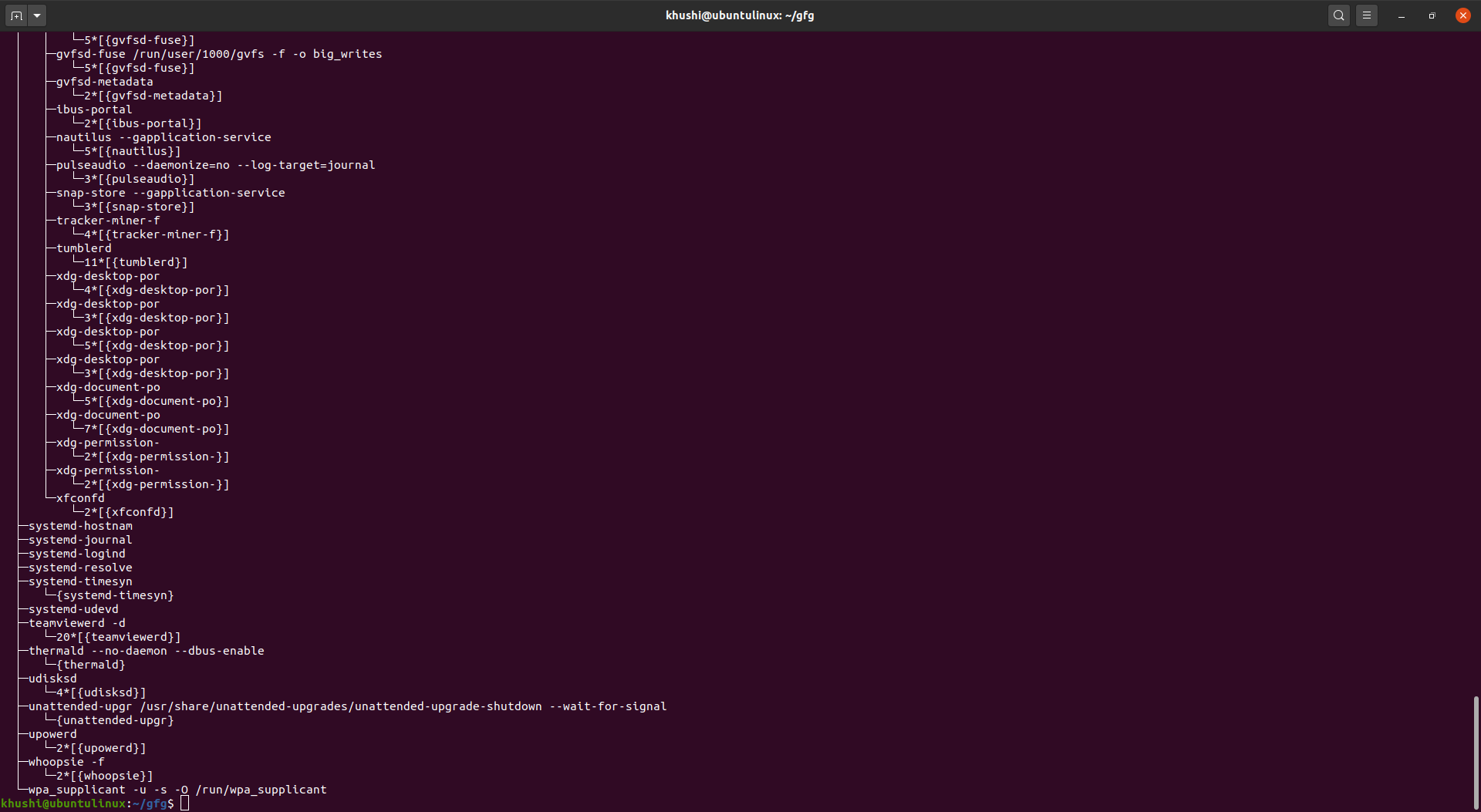 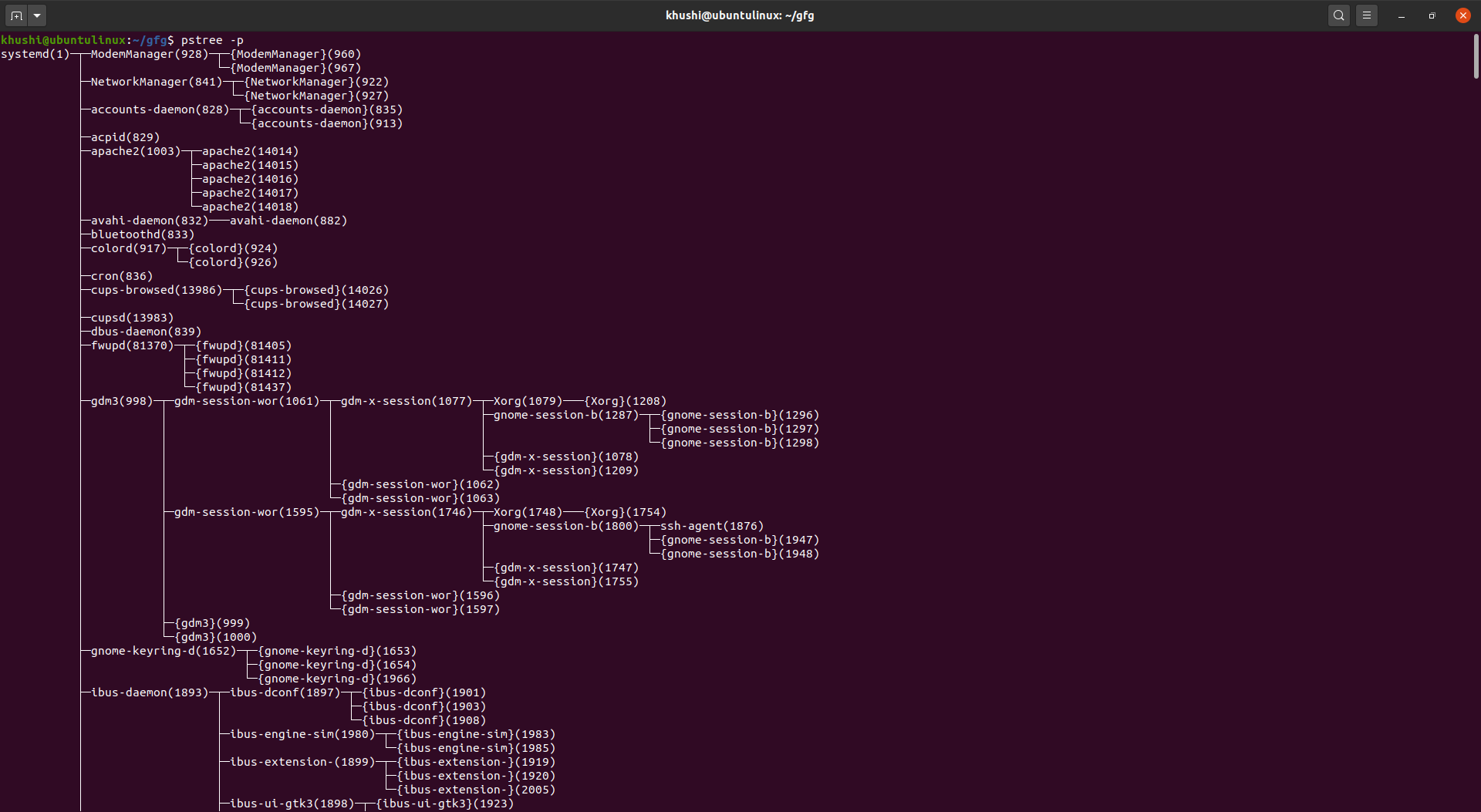 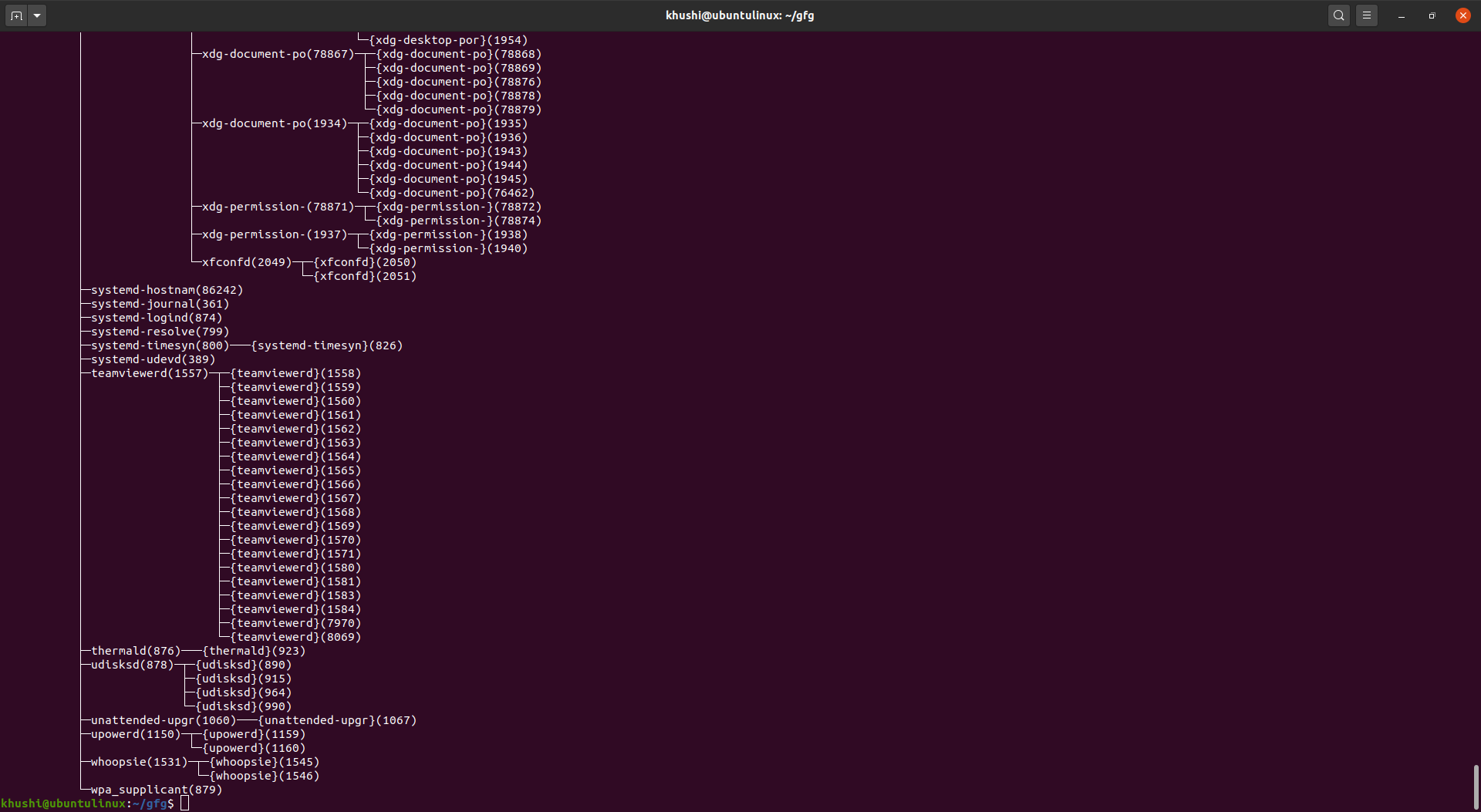 To display PIDs for each process name, we use “-p” option.

4. To force pstree to expand identical subtrees in output. 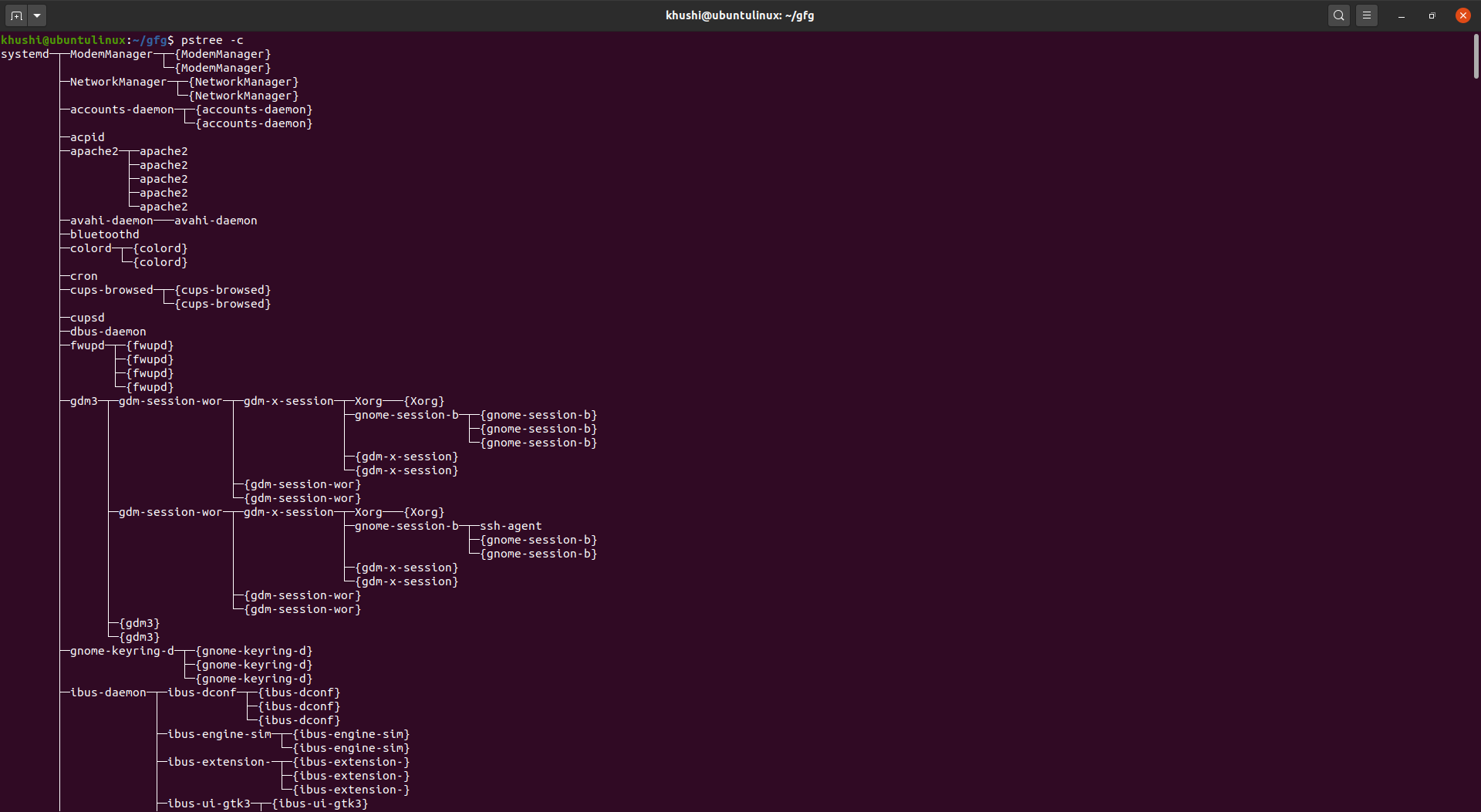 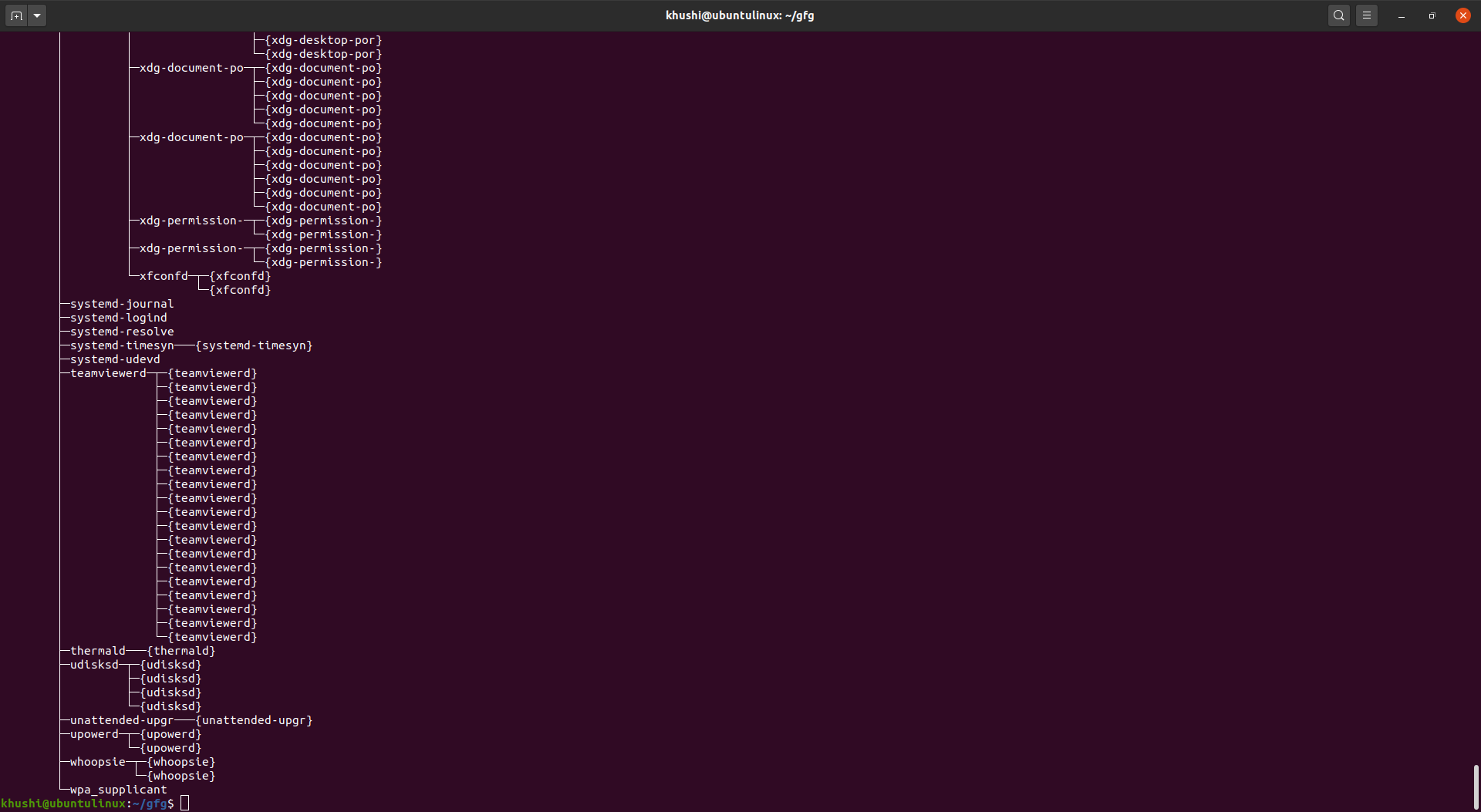 By default, the pstree command merges identical branches by putting them in square brackets and prefixing them with the repetition count. But we can also force the tool to expand identical trees, by using the “-c” command-line option. 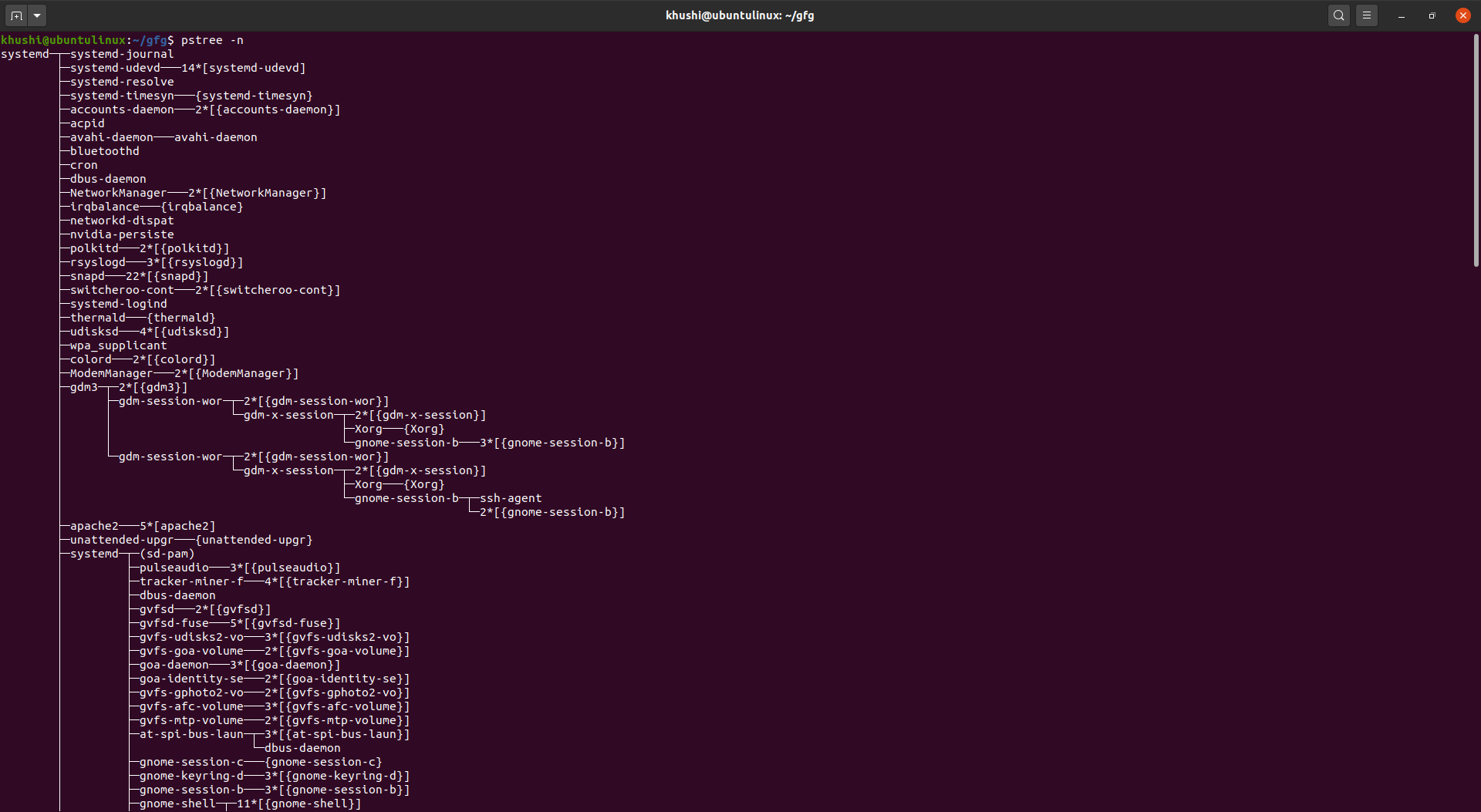 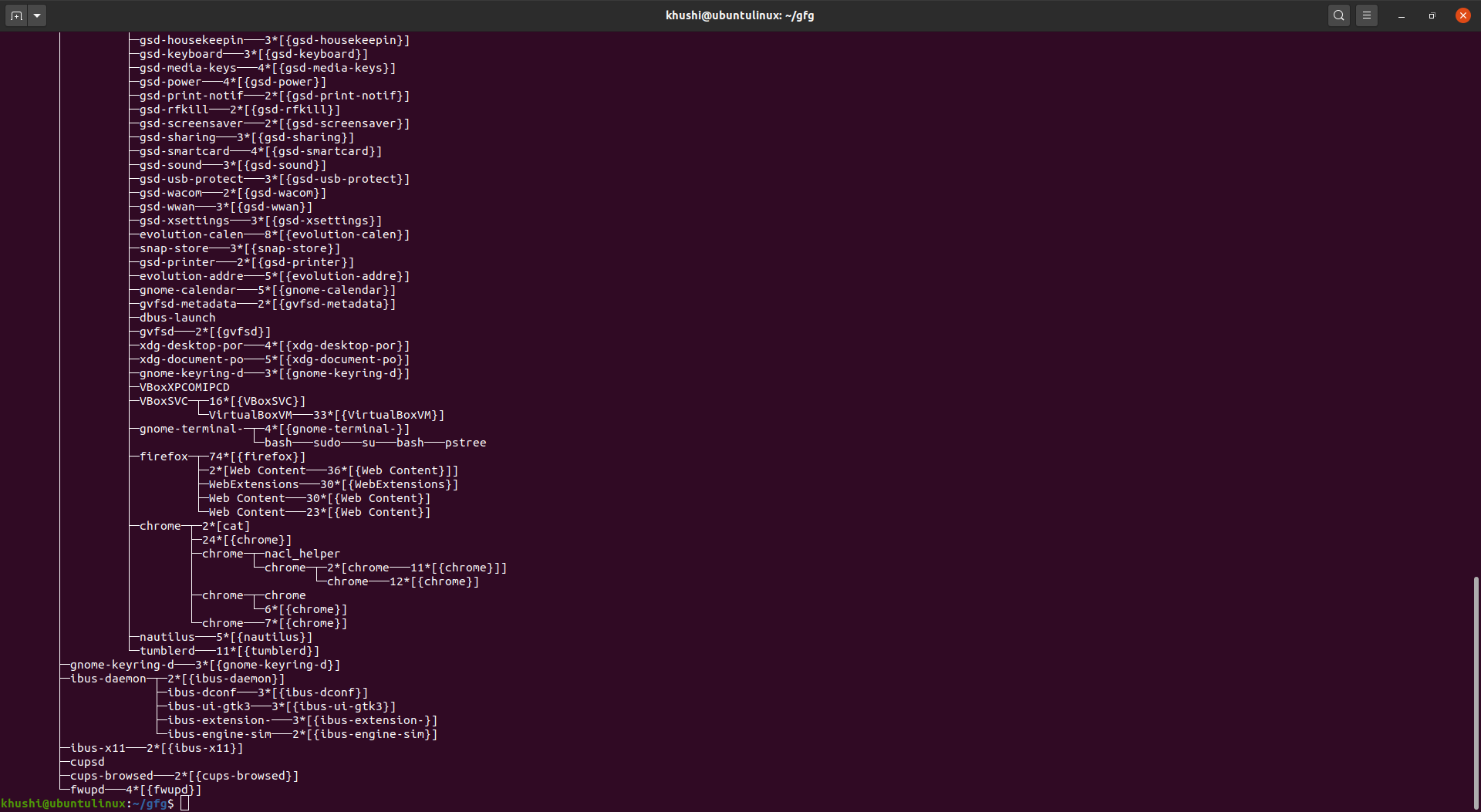 If we want to sort processes with the same ancestor by PID instead of by name i.e. numeric sort, we use “-n” option.

6. To see who is the owner/user of a process 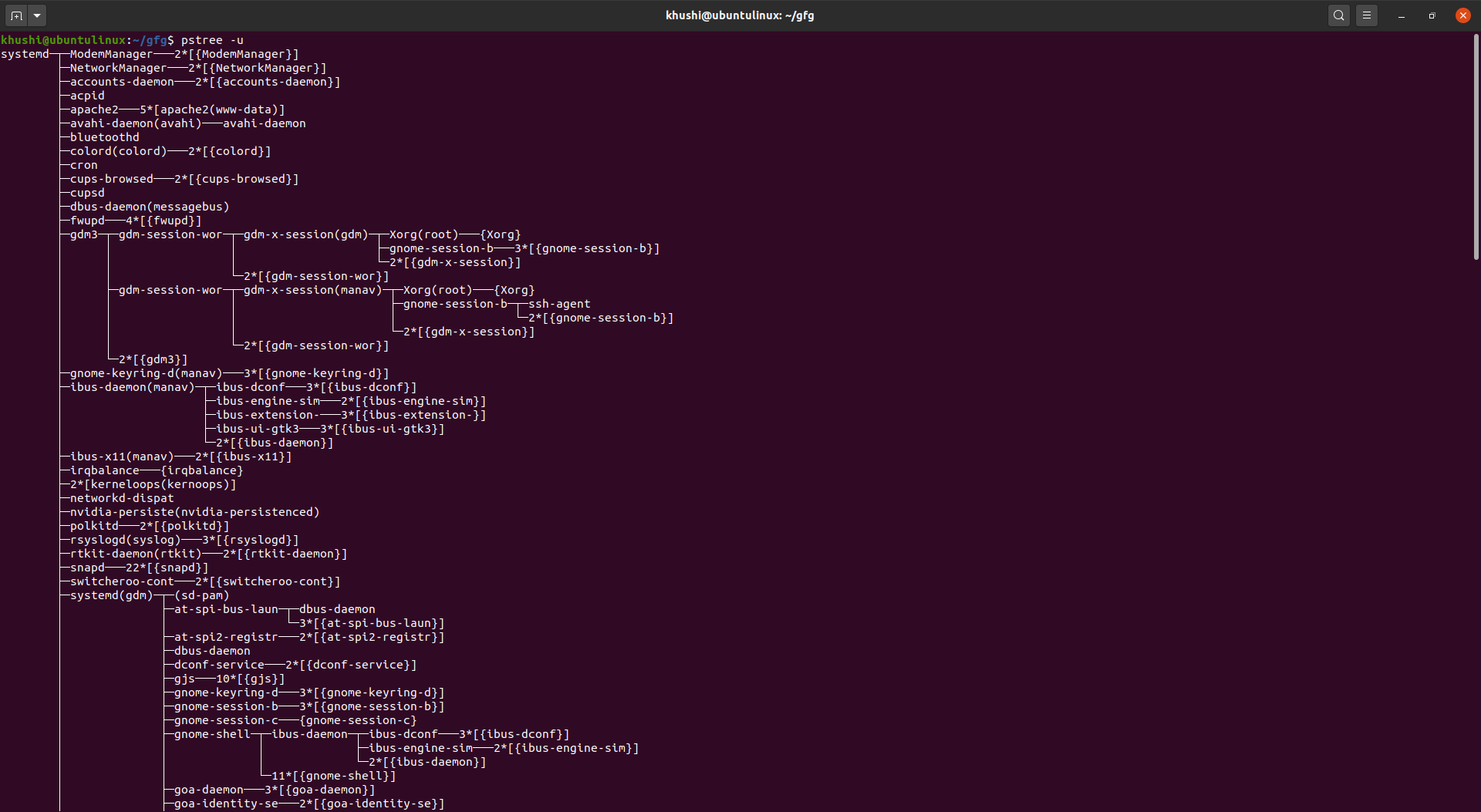 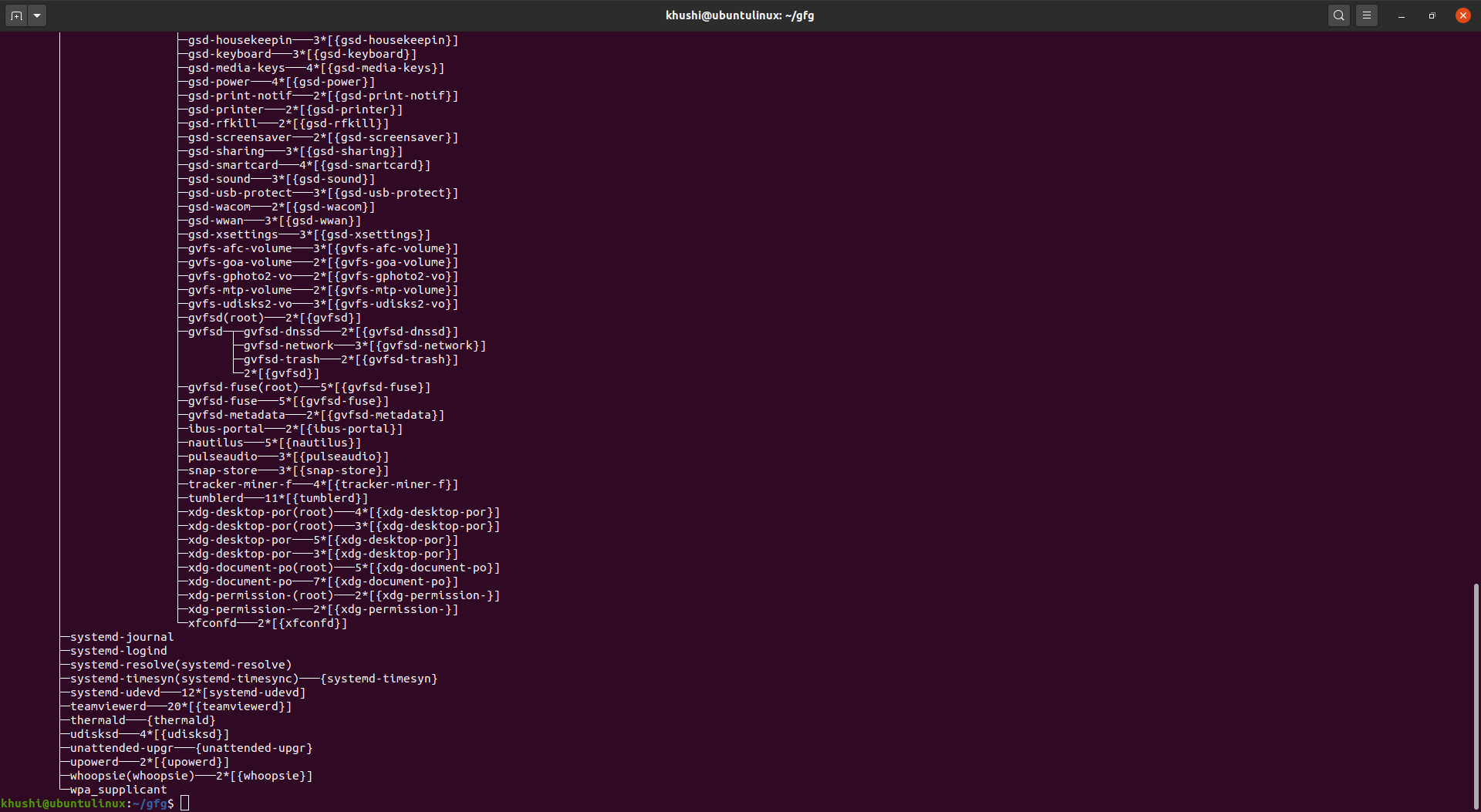 If we want to find out the owner of a process in parenthesis, use the “-u” option.

7. To highlight the current process or any other process 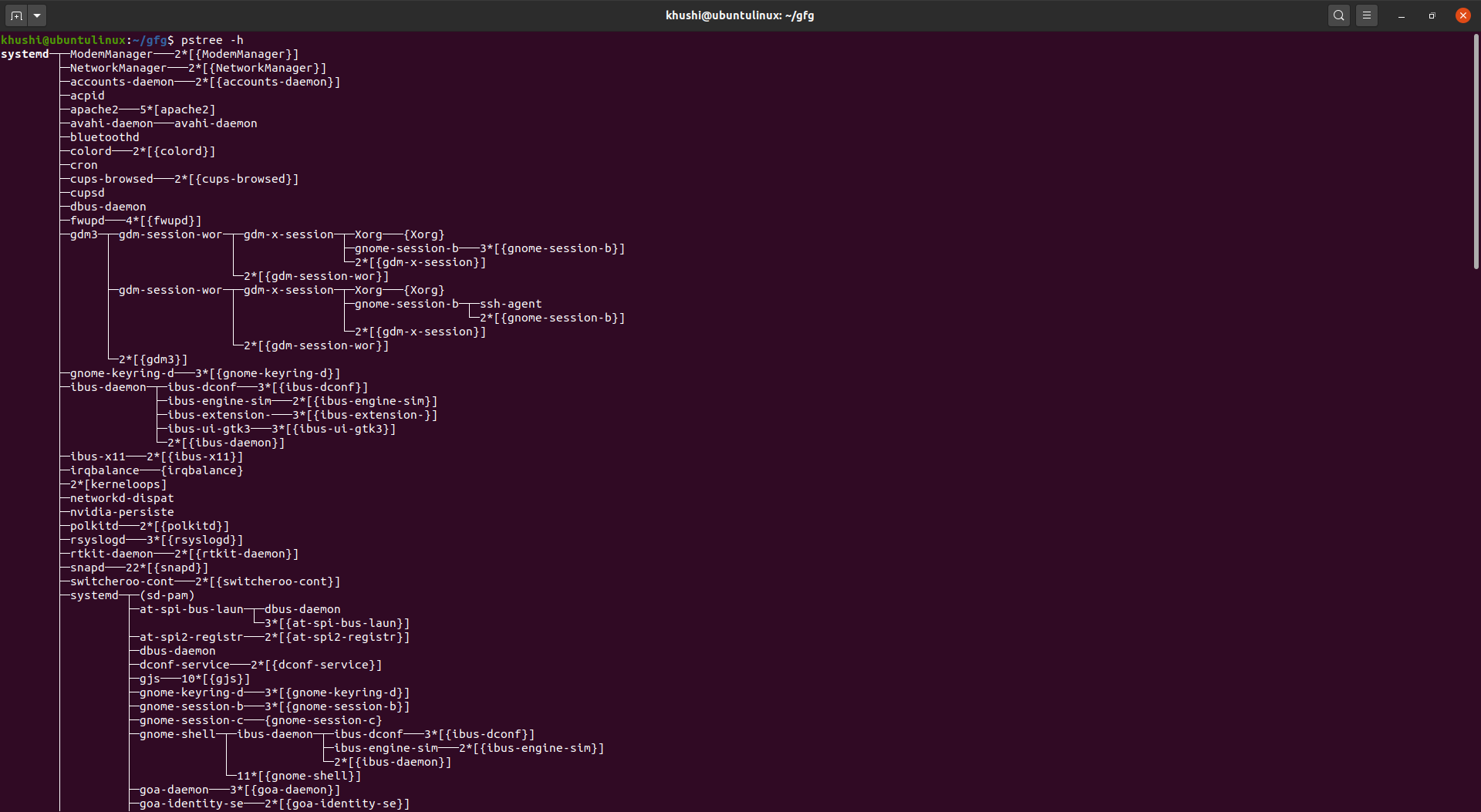 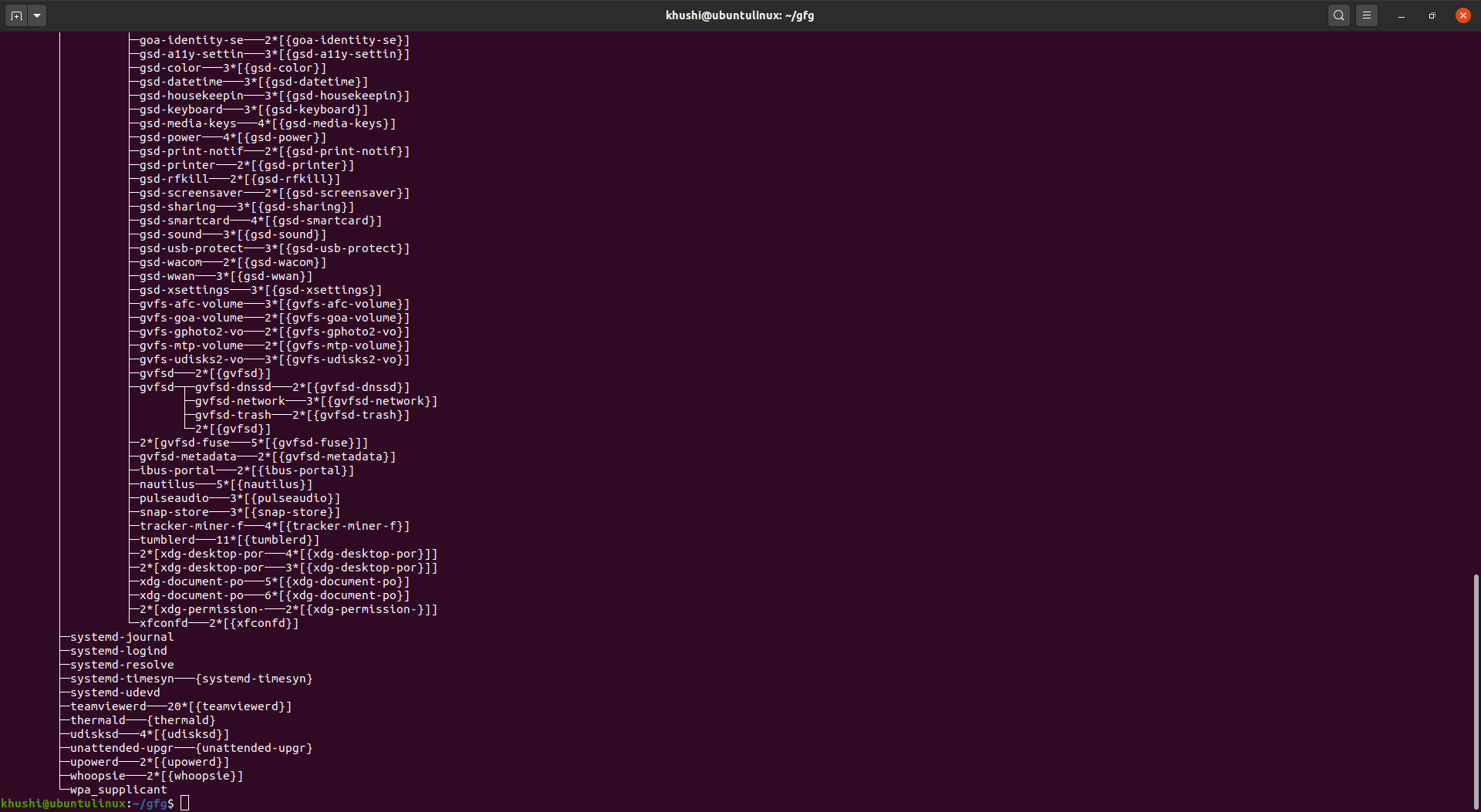 To highlight the current process and its ancestors use “-h” option. It highlights the specified process (by name/pid) 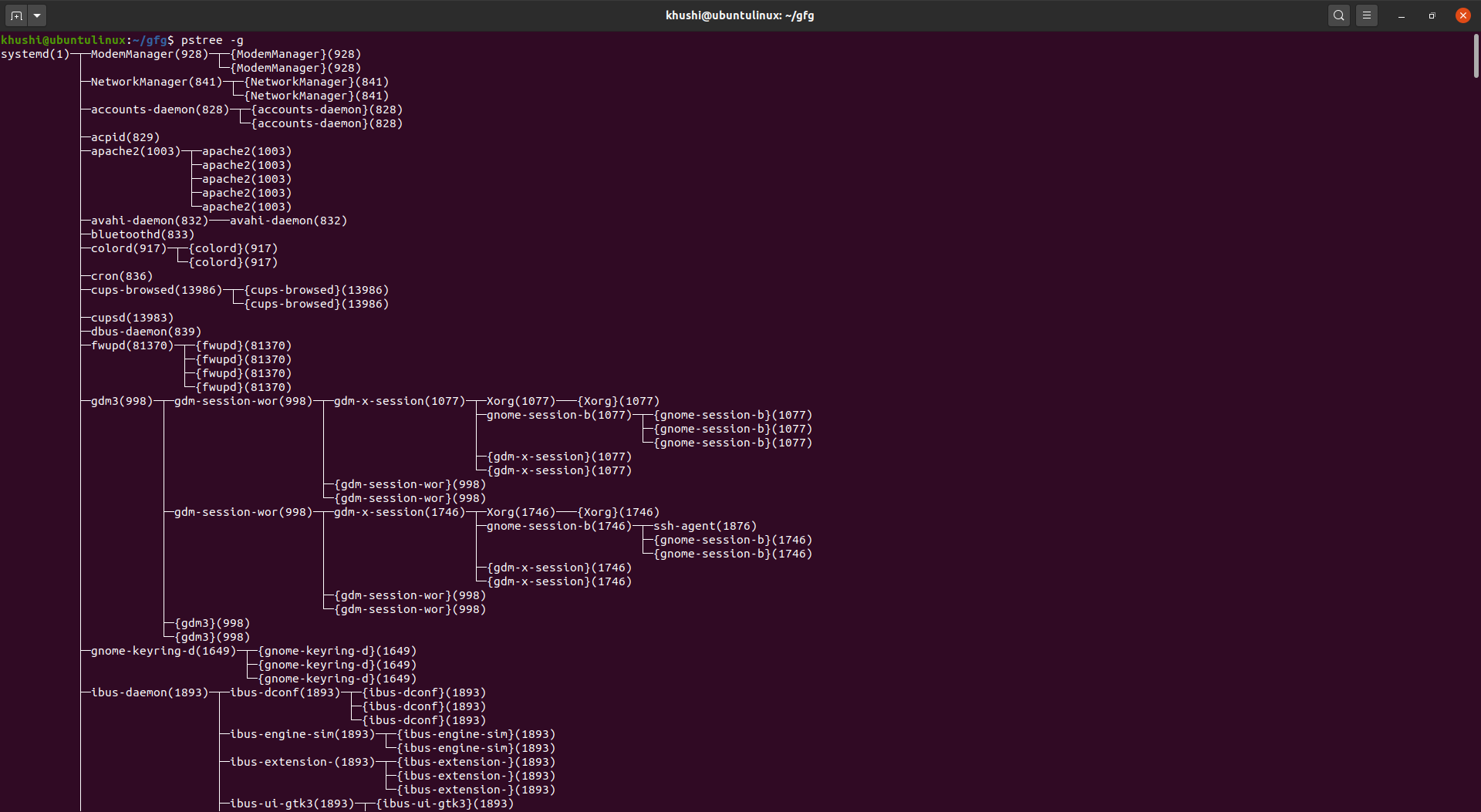 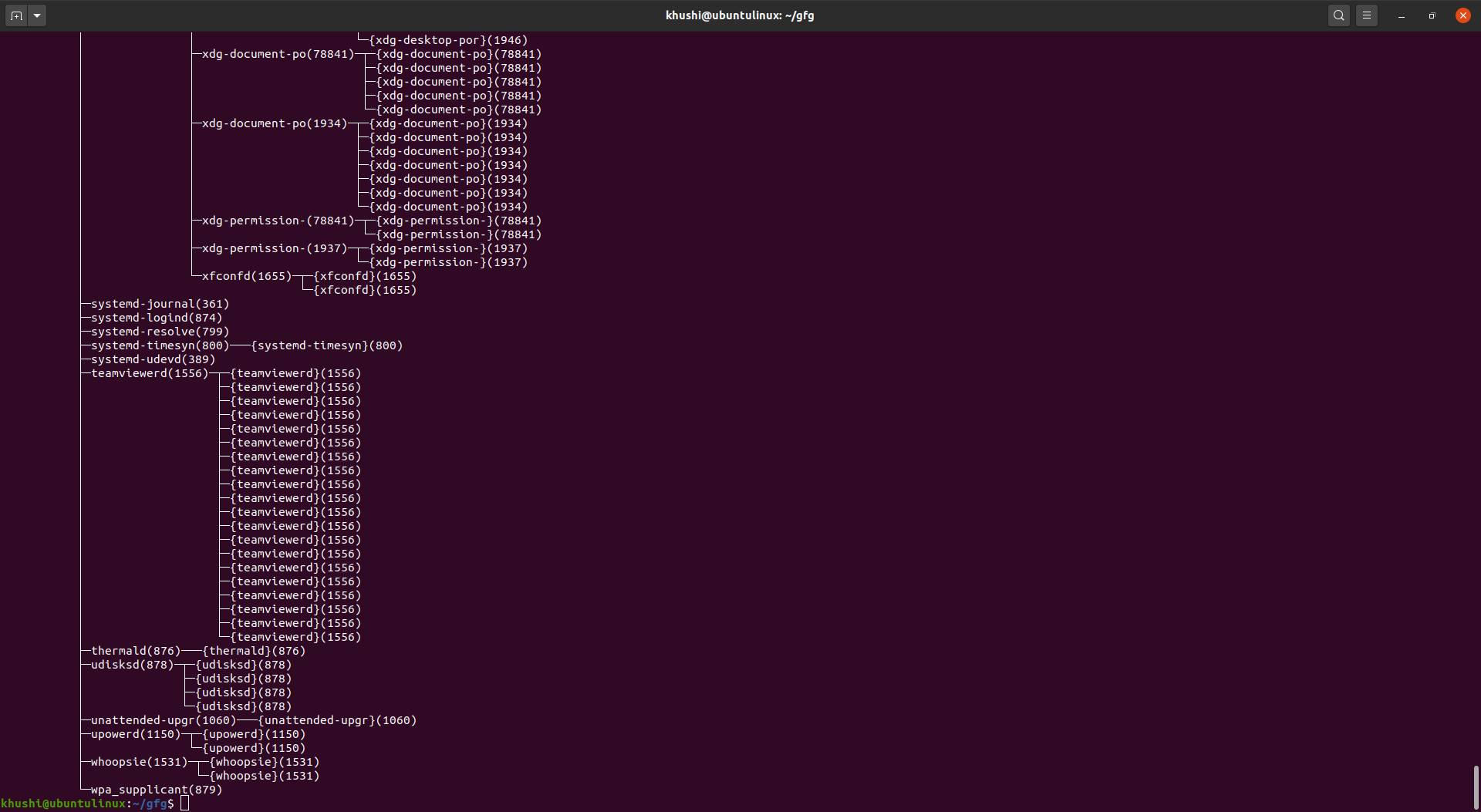 We can see that process group IDs are shown as decimal numbers in parentheses after each process name.

9. To make pstree display process tree specific to a user.

It we want to display all process trees rooted at processes owned by a specific user, for this, we have to pass the name of that user as input to the command.

When we want to display version information we use “-V” option.