There are six functions or trigonometric ratios of an angle that are present in trigonometry. Their names and abbreviations are sine (sin), cosine (cos), tangent (tan), cotangent (cot), secant (sec), and cosecant (csc). One important thing to note here is that trigonometric formulas work only on the right-angle triangle. Let’s see the below image. 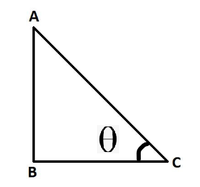 Before starting to solve the below proof, it is important to know some basic identities that are associated with trigonometry. These formulas must be by-hearted in order to solve problems related to trigonometry. below are the formulas,

Take tan2 θ common from above

From the formula, sec2∅+1=tan2∅, substituting this in (i),

Substituting this in (ii),

Substituting these formula in LHS,

So substituting these formulas in RHS,

Applying this formula to LHS,

Putting these in the above equation,