Prerequisite – Layers of OSI Model, Working of ISO-OSI Model
A protocol is simply defined as a set of rules and regulations for data communication. Rules are basically defined for each and every step and process at time of communication among two or more computers. Networks are needed to follow these protocols to transmit data successfully. All protocols might be implemented using hardware, software, or combination of both of them. There are three aspects of protocols given below :

Protocol Hierarchies :
Generally, Computer networks are comprised of or contain a large number of pieces of hardware and software. To just simplify network design, various networks are organized and arranged as a stack of layers of hardware and software, one on top of another. The number, name, content, and function of each layer might vary and can be different from one network to another. The main purpose of each of layers is just to offer and provide services to higher layers that are present. Each and every layer has some particular task or function. In programming, this concept is very common. The networks are organized and arranged as different layers or levels simply to reduce and minimize complexity of design of network software. 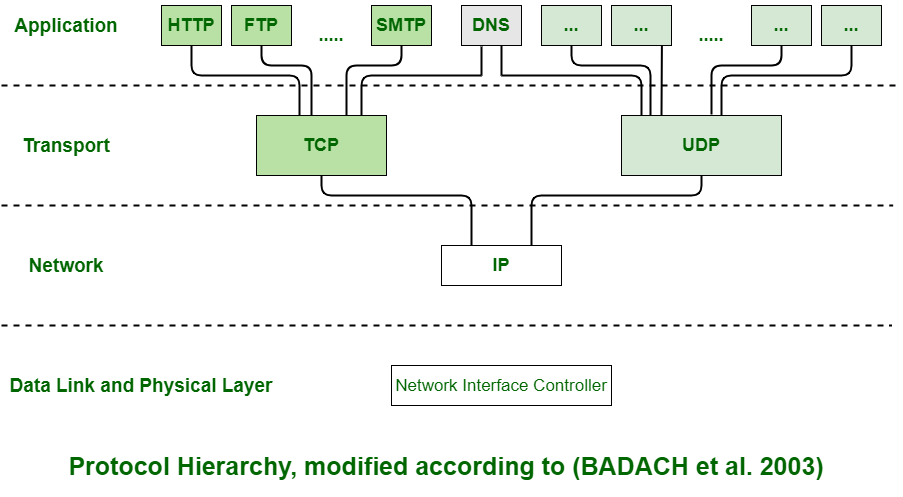 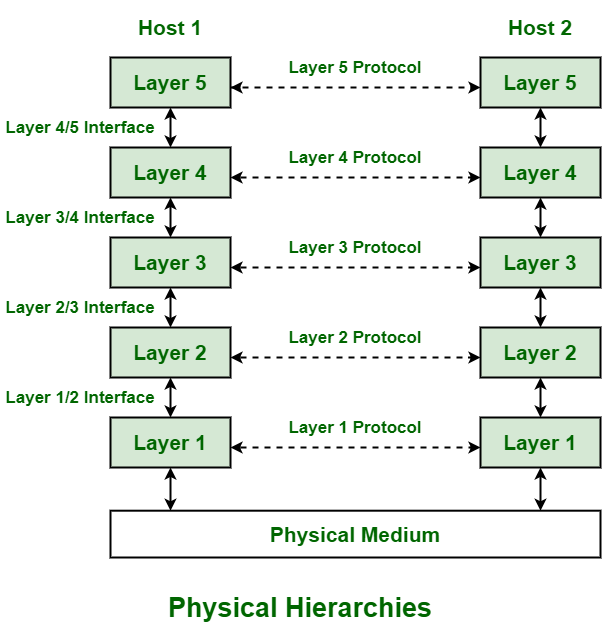