A Triangle is the simplest form of a Polygon. The word “Tri” means three and therefore a figure with 3 angles is a triangle, and It is formed with the help of three-line segments intersecting each other, a triangle has 3 vertices, 3 edges, and 3 angles. The shape of a triangle is very useful in real life too, like Carpenting, Astronomy, street signboards, etc.

There are several properties on triangles that justify a lot of applications and are useful for theorems.

Properties of a Triangle:

Classification of triangles is done based on the following characteristics:

Classification of Triangles based on Sides 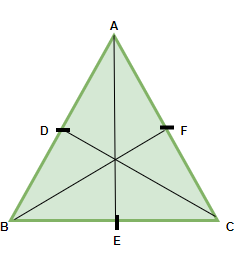 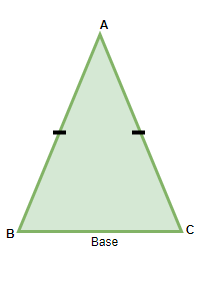 In a Scalene triangle, all sides and all angles are unequal. Imagine drawing a triangle randomly and none of its sides are equal, all angles differ from each other too. 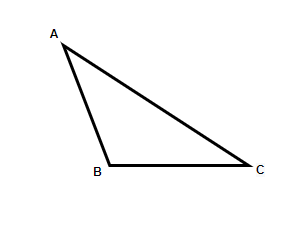 Classification of triangles based on angles

In Acute angle triangles, all the angles are greater than 0° and less than 90°. So, it can be said that all 3 angles are acute in nature (angles are lesser than 90°) 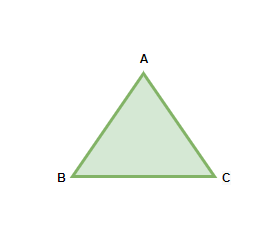 In an obtuse angle Triangle, one of the 3 sides will always be greater than 90° and since the sum of all the three sides is 180°, the rest of the two sides will be less than 90°(angle sum property).

When one angle of a triangle is exactly 90°, then the triangle is known as the Right Angle Triangle. 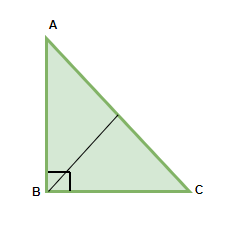 Sample Problems on Properties of Triangles

In the above figure, we can say, ∠ACD = ∠ABC + ∠BAC (Exterior angle Property)

Since all the three angles are 60°, the triangle is an Equilateral Triangle.

Question 2: The Triangle in the figure given below has the lengths of its sides as mentioned. Find the area and perimeter of the Triangle. 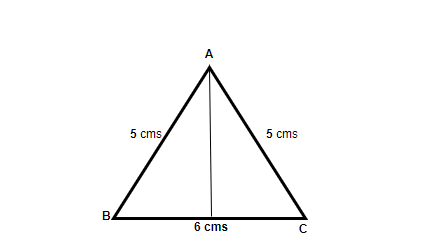 In the figure shown, we know the length of all the sides and therefore,

Applying Pythagoras to find out the height of the triangle,

Question 3: Explain why a Right-angled Triangle can never be Equilateral in nature?

A Right angled Triangle has one of its angles equal to 90°, and the rest of the angles are less than 90° [since the sum of all angles of a triangle is 180]. While in an equilateral triangle, all the interior angles are equal and are equal to 60° which is not possible for a right-angled triangle.

Therefore, it is not possible for an equilateral triangle to be a right-angled triangle.

Question 4: In the Right-angled triangle, ∠ACB = 60°, and the length of the base is given as 4cm. Find the area of the Triangle. 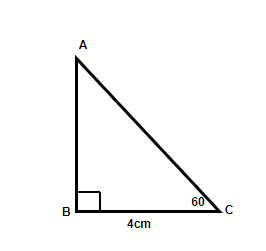 Adding the above 2 equations,