Foreground detection based on video streams is the first step in computer vision applications, including real-time tracking and event analysis. Many researchers in the field of image and video semantics analysis pay attention to intelligent video surveillance in residential areas, junctions, shopping malls, subways, and airports which are closely associated with foreground detection.
Background modeling is an efficient way to obtain foreground objects. Though background modeling methods for foreground detection have been studied for several decades, each method has its own strength and weakness in detecting objects of interest from video streams.
Some of them are very significant for BS, and not usual in the other benchmarks. I have proposed a comparison of BGS methods namely (Adaptive BG Learning, ZivkovicGMM, Fuzzy Integral), with various methodologies.

This shows that how our foreground detection methods are performed in different challenges. 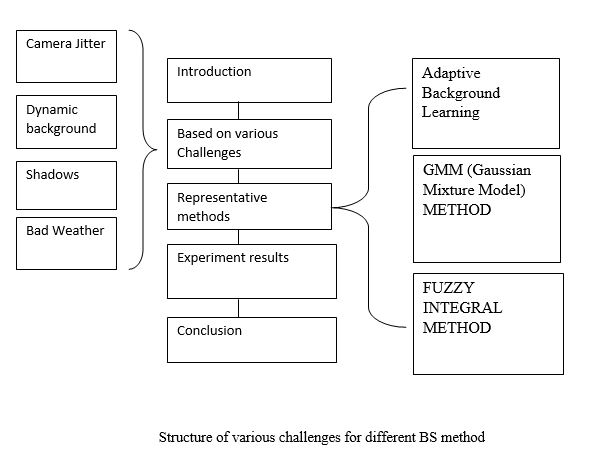 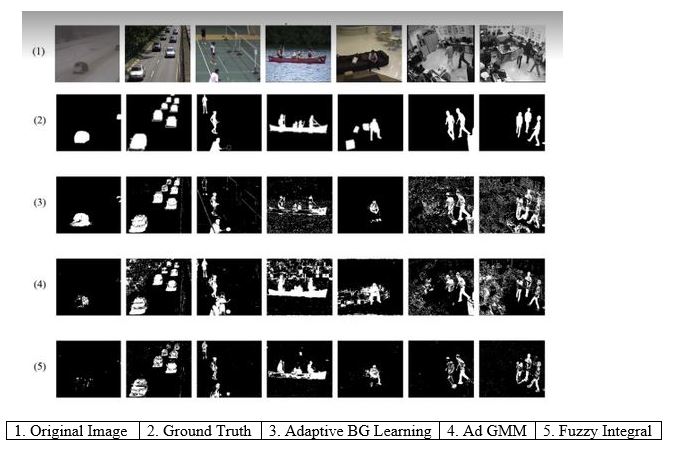 In this work, we have proposed several methods of background subtraction which is required for foreground detection.
These are necessary for several technologies used in computer vision.
Though each tested method has different advantages and disadvantages, we found that AGMM and Fuzzy Integral are the most promising methods.
These will be helpful in understanding and developing new algorithms for foreground detection with parameters taking into account.

Detecting foreground objects in motion is a challenging task owing to their variable appearance.
This is a booming research topic which is still going on for surveillance of large crowds
in real time applications.
Research areas include image processing, artificial Intelligence and machine learning.