INTRODUCTION: They say “Relevant, actionable data is your ace of spades”. But to play that card, one needs to first have it in their deck. If any organization wants to make decisions based on facts, having actionable data on-hand empowers you to answer any “why?” questions. It’s 2018 and if there is one thing that is going to keep increasing rapidly in the world, it is population. The ever-increasing population means loads of data, reports say that people are generating more than ever before, with 40 zettabytes raw data expected to be created by 2020. To be crystal clear: relevant data reported correctly is indisputable and therefore getting huge relevant data quickly is what any company or organization needs nowadays, to offer better solutions or to build better strategies. One major area where finding such real-time relevant data is Crowd Analytics. Crowd Analytics is an area where getting data in real time is a gift. No wonder nowadays, it is the most active-oriented research and trendy topic in computer vision. Traditionally, three processing steps involve in crowd analysis, and these include pre-processing, object detection and event/ behavior recognition. However many existing applications do not process in real time. Our objective was to create a unique image processing application which is completely automated, needs no human intervention, is cost effective and as good as human performance if not better than it, which most present applications fail to do.

CONCEPTUAL FRAMEWORK
Design: We set up a camera wherever the crowd is to be analyzed. We then use the camera feed, pass it through various neural networks that detect the emotion(behavior), gender, attentiveness of the person as well as counts the number of distinct people to have come in front of the camera by uniquely encoding their faces. All this in real time.
Features: 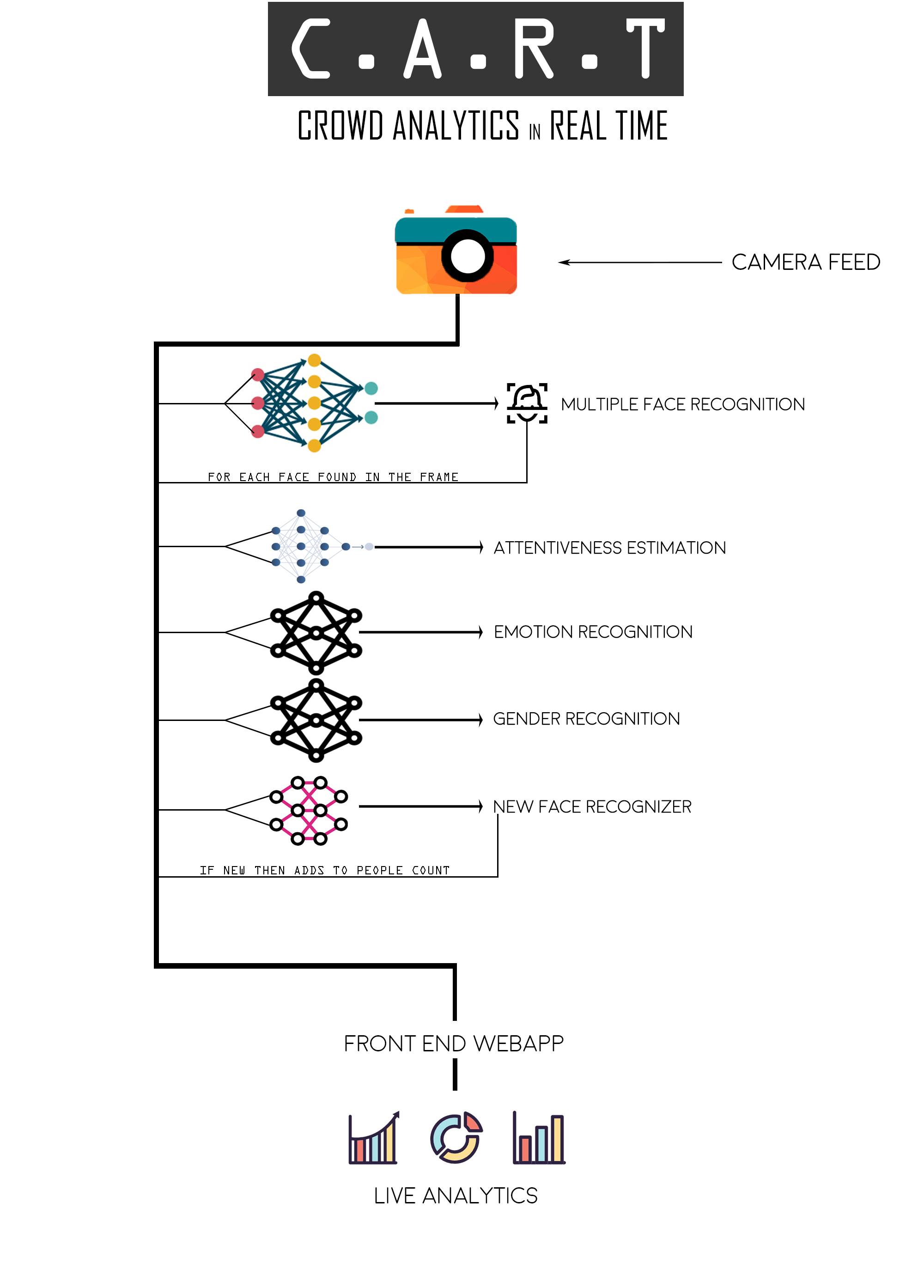 APPLICATIONS: As mentioned before Crowd Analytics is nowadays the most sought-after topic in Computer Vision. Its applications are limitless and its results priceless for BigData companies.

“Data will talk to you if you’re willing to listen to it.” – Jim Bergeson