Purpose: To make the user aware of air pollution his vehicle uses and give him solutions to reduce it.

Impact: Reduction in air pollution and holding vehicle owners accountable for their actions.

Introduction: As we all know, global warming is the biggest threat to the environment right now and one of the biggest contributors to this effect is air pollution through vehicles. In India alone, 2, 15, 00, 165 vehicles were produced in the year 2013-14. Exposure to air pollution can lead to respiratory and cardiovascular diseases, which is estimated to be the cause for 620, 000 early deaths in 2010, and the health cost of air pollution in India has been assessed at 3 percent of its GDP. The levels of PM2.5 and PM10 (Air-borne particles smaller than 2.5 micrometers in diameter and 10 micrometers in diameter) as well as concentration of dangerous carcinogenic substances such as Sulphur Dioxide (SO2) and Nitrogen Dioxide (NO2) have reached alarming proportions in most Indian cities, putting people at additional risk of respiratory diseases and other health problems. According to WHO, Delhi tops the list of most polluted cities in the world. These are just some stats taken from a quick google search. If we continue with such a streak, the future of us and the next generation is very grim and bleak.

Solution: Our attempt to improve the above situation is called APTrack.To make a system which tracks the air pollution produced by a vehicle which is coupled with a mobile application. Exhaust gases emitted by a vehicle is sensed through a sensor(MQ7, MQ135). This sensor is coupled with a Bluetooth module which sends the analysis data to the mobile app. This data is then uploaded to the internet so that they can be ranked in a leaderboard (local leaderboard comprising of vehicles in a locality, a global leaderboard mainly comprising all the vehicles in a city or a state). Top performers will be awarded through various schemes like cash backs, free car consultations, movie tickets. Maintaining a leaderboard will create a COMPETITIVE STREAK, bringing more and more vehicles into the circle(refer below image). Rewarding the top performers will cause POSITIVE REINFORCEMENT of their actions and nicer performance, thus pulling them forward in the circle(refer below image). The cars who produce more pollution than the specified limit will be given a timely warning to rectify the car, failure of doing so will lead to reporting of offense to the concerned authorities. The purpose of this app is to GAMIFY the whole process so that it doesn’t feel like a drag while being strict about the rules.
APTrack system overview:

Data received on client side 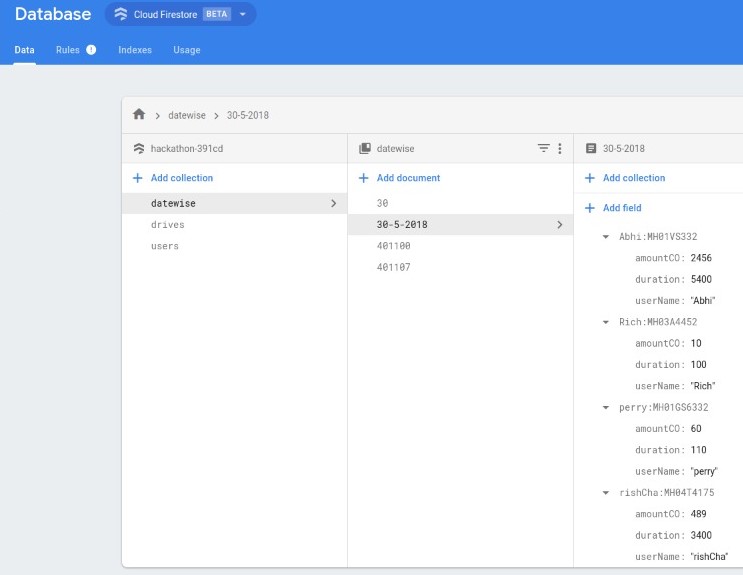 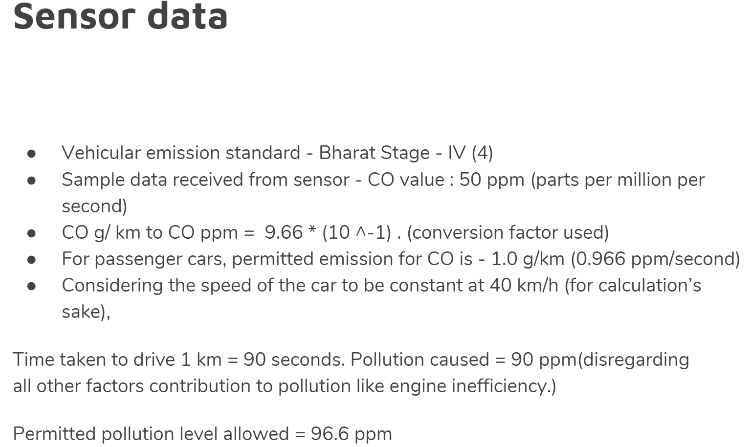