Program to print the Fish Pattern

Given an integer N, the task is to print a pattern of fish over 2N+1 rows.

Now, let’s try to understand the pattern using an example:
For N=3, the fish is: 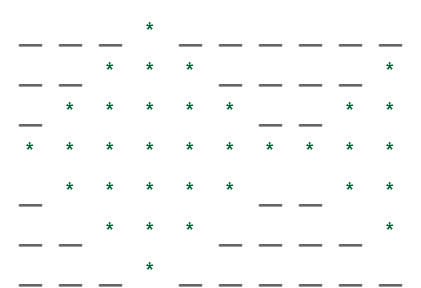 Now, to solve this question, follow the steps below: