Given the length of the three semi-axes as A, B, and C, the task is to find the surface area of the given Ellipsoid. 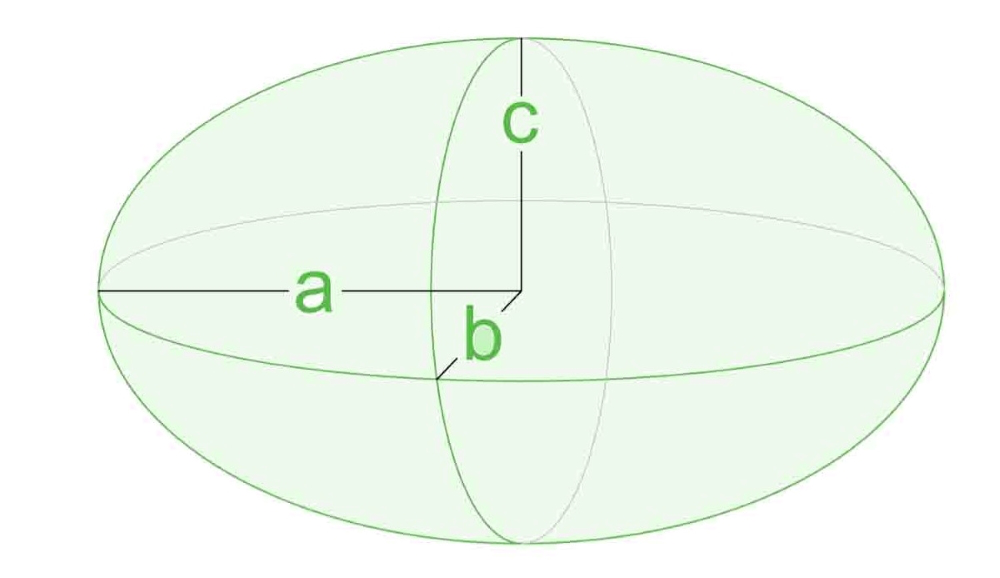 Approach: The given problem can be solved by using the formula for Surface Area of the Ellipsoid as: