The running instance of program is process, and each process needs space in RAM and CPU time to be executed, each process has its priority in which it is executed.

Now observe the below image and see column NI 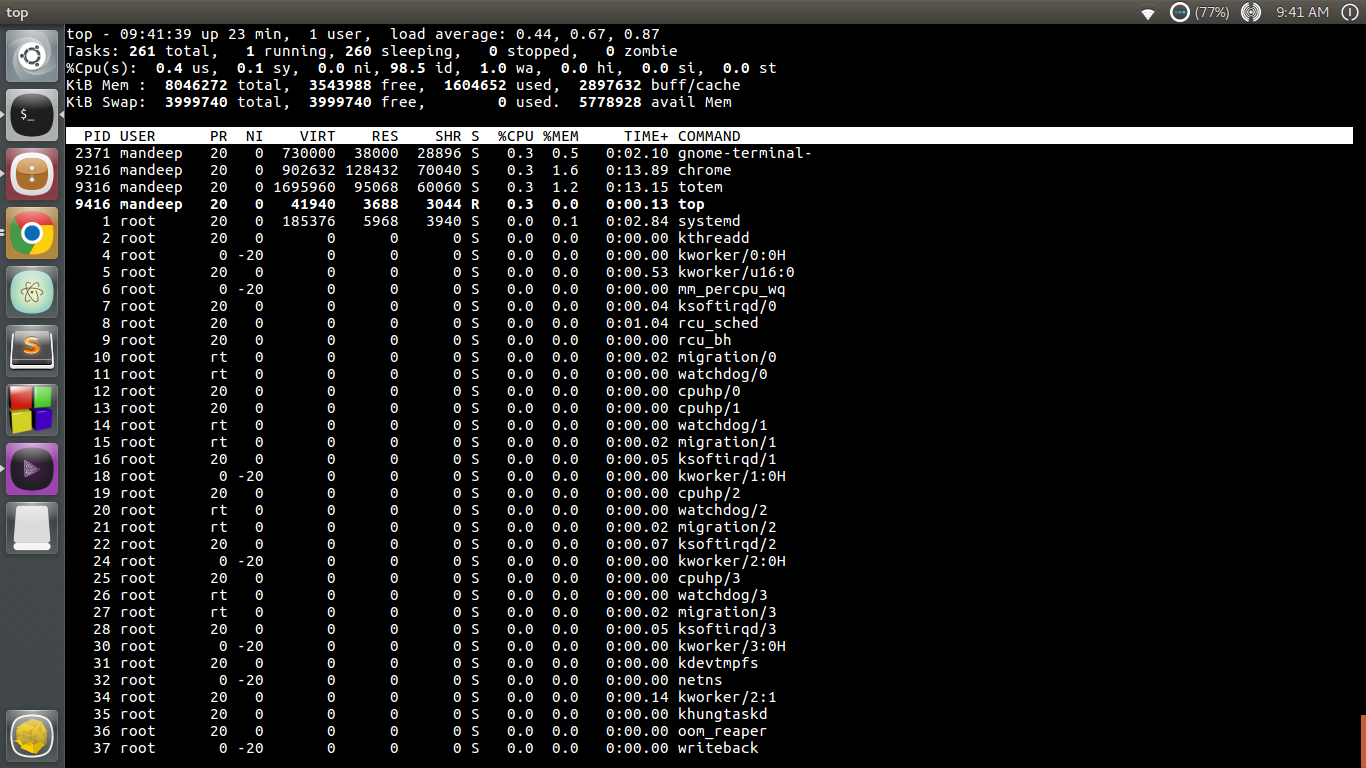 The column NI represents nice value of a process. It’s value ranges from -20 to 20(on most unix like operating systems).

One important thing to note is nice value only controls CPU time assigned to process and not utilisation of memory and I/O devices.

Usage of nice command :
Now let’s assume the case that system has only 1GB of RAM and it’s working really slow, i.e. programs running on it(processes) are not responding quickly, in that case if you want to kill some of the processes, you need to start a terminal, if you start your bash shell normally, it will also produce lag but you can avoid this by starting the bash shell with high priority. 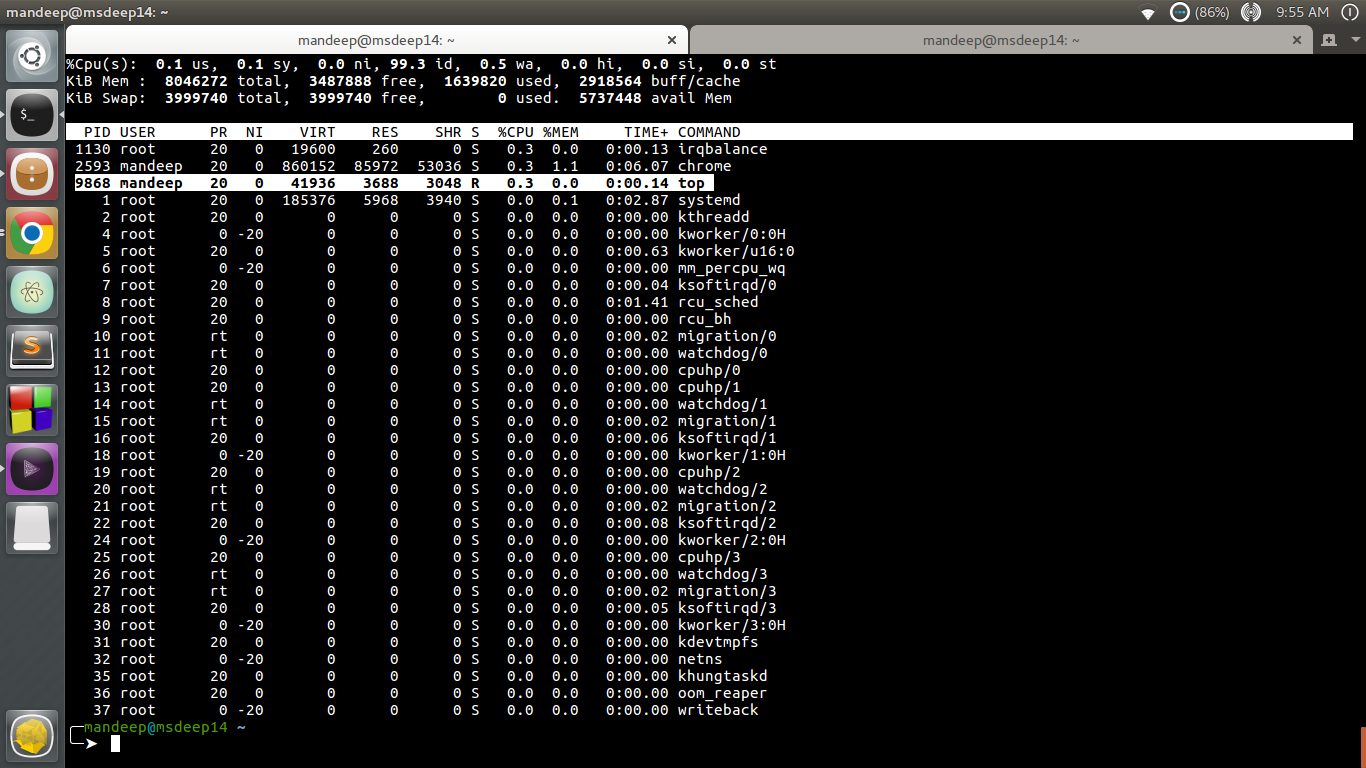 nice value of top is 0

Now start a bash shell with nice value -5, if you see the highlighted line, the top command which is running on bash shell has nice value set to -5 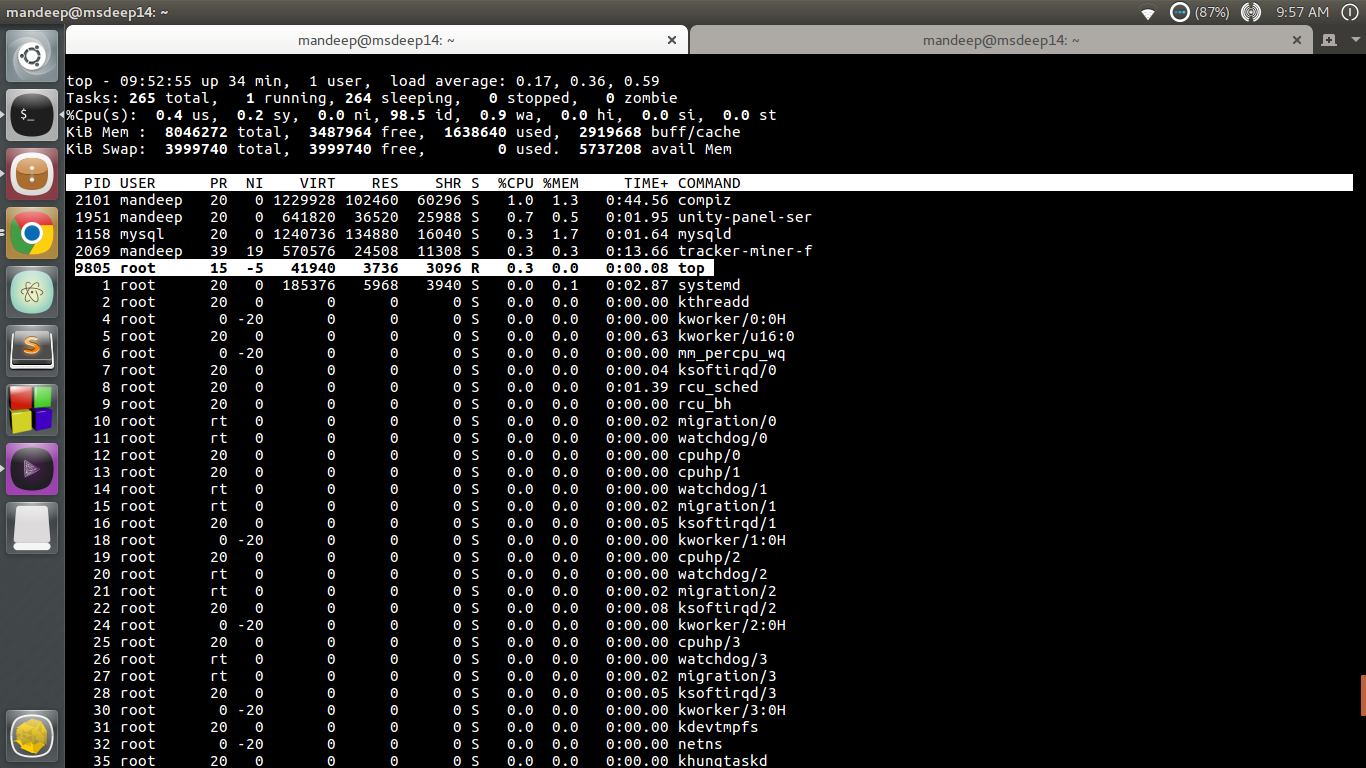 nice value of bash shell is -5

We will see one example of how you alter priority of process. 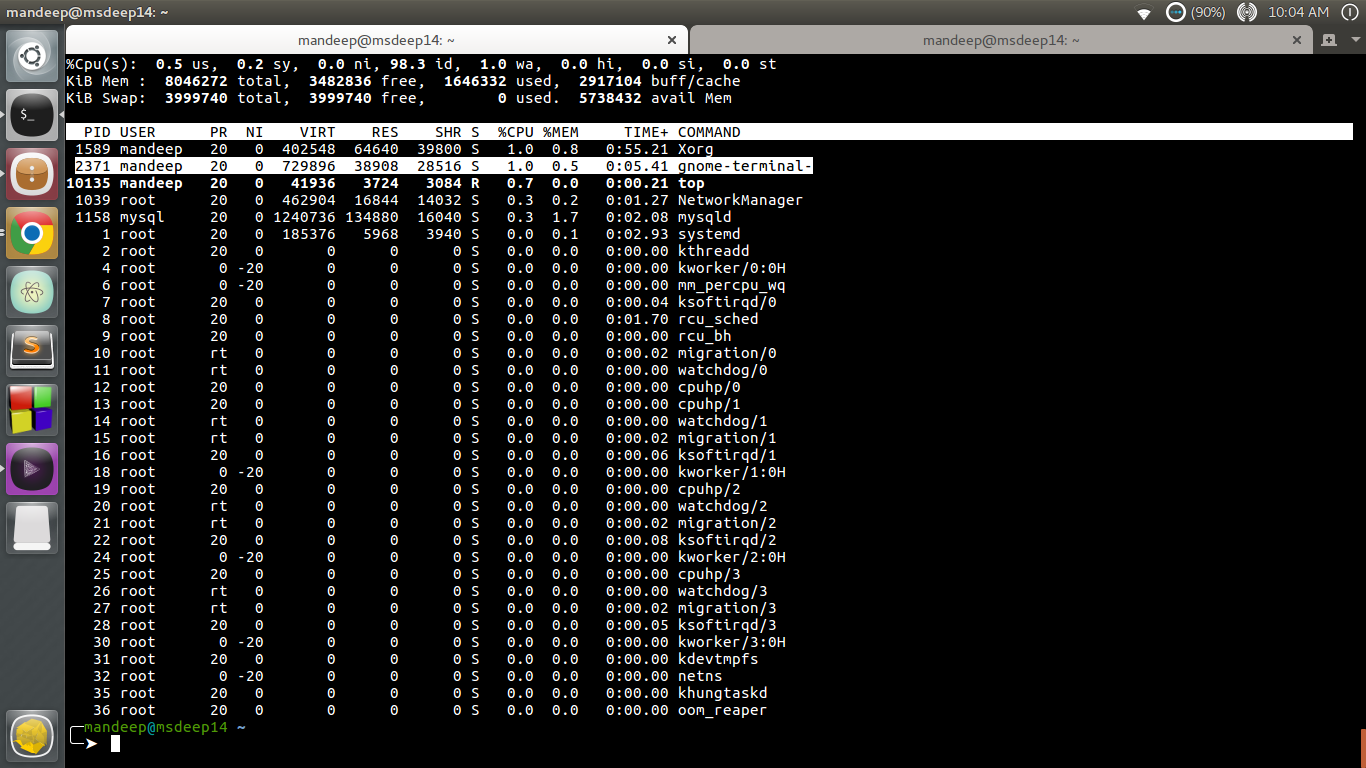 nice value of gnome terminal is 0

You can observe that nice value of process(PID = 2371) is 0, now let’s try to set the new priority of 5 to this process.

You can also see this priority using top command(see highlighted line in image). 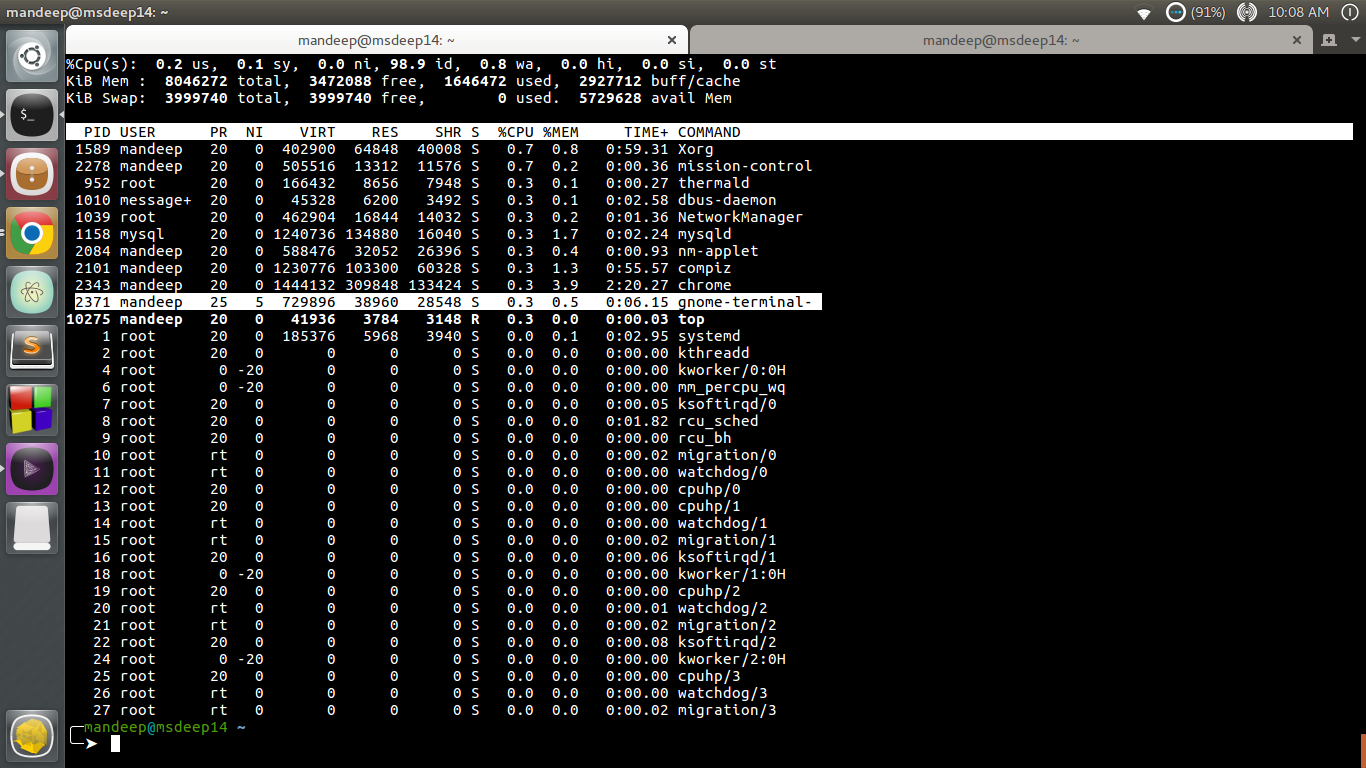