Consider the program given below, in a block-structured pseudo-language with lexical scoping and nesting of procedures permitted.Consider the calling chain : Main->A1->A2->A21->A1 The correct set of activation records along with their access links is given by : 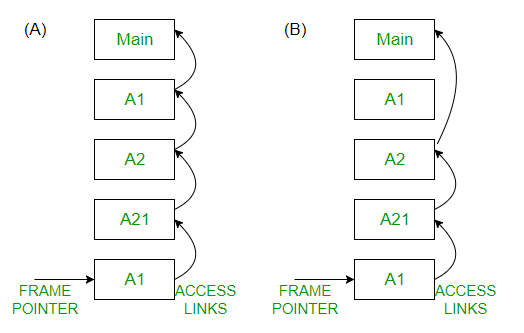 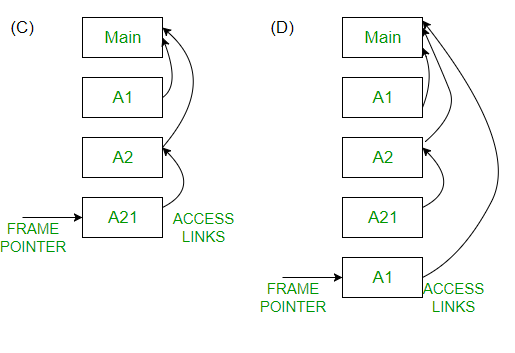 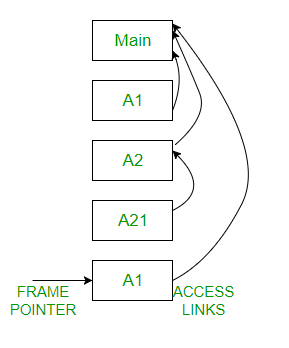