Principles of Management by Henri Fayol

Any principle of management is a universal and general concept for decision-making and execution. For example, while making a decision regarding the promotion of an employee, the manager may decide considering their age or rank. Whereas others may promote them based on their conduct and performance.

The principle of management is based on experience and changes in the business industry, therefore these principles may not be as firm as those of science. They involve human behavior and are used accordingly in the required situation. thus, these principles change with respect to time. The birth of ICT ( information and communications technology)has made it possible for managers to spread their business organization all over the world. For example, WIPRO, whose headquarter is situated in Bangalore, has now become a popular multinational IT consulting and system integration service company.

The principle of management should not be mistaken for techniques of management. Techniques of management are methods or approaches involving several steps to be followed to reach the desired goal. Principles on the other hand are a set of rules that needs to be taken care of while practicing technique in order to work efficiently. Similarly, principles should also be distinguished from values. Values are beliefs or morals that are based on human behavior and help individuals to behave morally in society. On the other hand, principles are formed on the basis of the work situation. However, the values and the morals cannot be ignored while practicing the principle of management in an organization as this organization has to fulfill all kinds of responsibilities whether they are social or ethical.

Father of the general principle of management, Henry Fayol was a French industrialist. He joined a French mining company in 1860 as an engineer and rose to the position of its managing director in 1888. At that time, his company was at the stage of bank insolvency. With broad administrative experience, ‘Fayol’ contributed a lot to his company. When he retired in the year 1918, the company was in excellent condition. Henri Fayol recognized the need for principles of management. He identified 14 principles of management. These principles are: 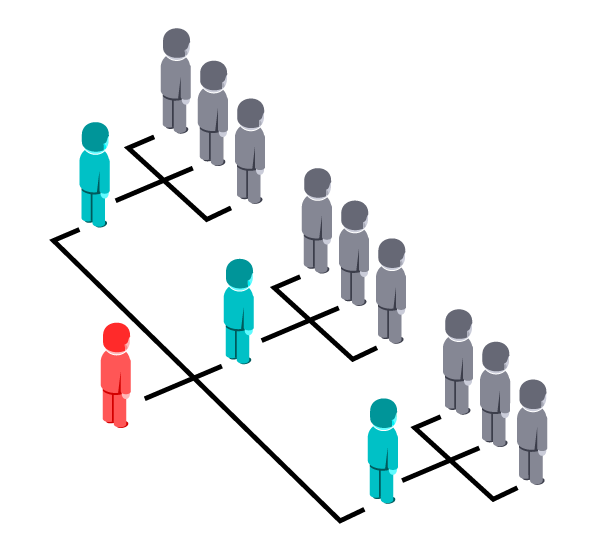 It refers to dividing the work into different individuals. Fayol recommended that work of all kinds must be divided and allocated as per competence, qualification, and experience of individuals. According to Fayol, “Division of work intends to produce more and better work for the same effort. Specialization is the most efficient way to use human effort.”

For example, a bank has several operations, like collection and payment of cash, issue of cheque books, etc. All those activities are divided and allocated to a different person in the bank. This method of doing work also improves their efficiency and makes them experts in their field. 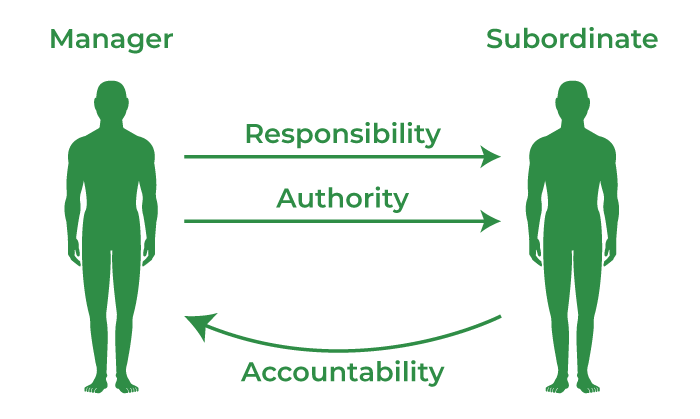 For example, if a foreman is given the responsibility to produce 50 units per day, then he must be given the required authority to achieve this target. If he is not given authority to draw raw material from the stores, then he cannot be blamed. 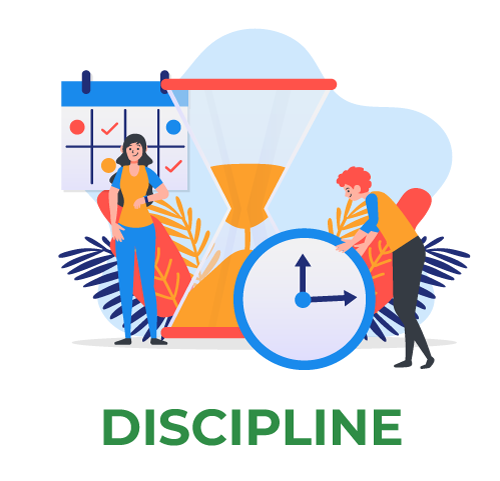 For example, employees must be disciplined to work effectively and efficiently to meet their promises of bonuses, increments, and promotions. Its smoothness systemizes the functioning of an organization by providing  better relations between management and employees. 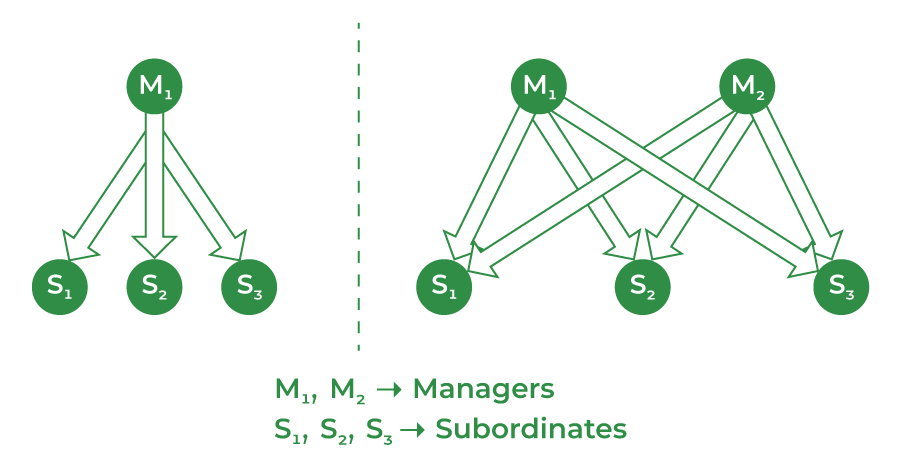 According to this principle, each subordinate should receive orders and be accountable to only the superior. No person can serve several masters at the same time. If an employee gets orders from two superiors at the same time, then the principle of unity of command is violated, and he will find it very difficult to decide who he has to obey first. So, to avoid confusion, employees should receive an order from one superior.

For example, there is a salesperson who is asked to clinch a deal with a buyer and he is allowed to give a 12% discount
by the marketing manager. But the finance department tells him not to offer more than a 6% discount. In this case, there is no unity of command, which will lead to confusion and delay. 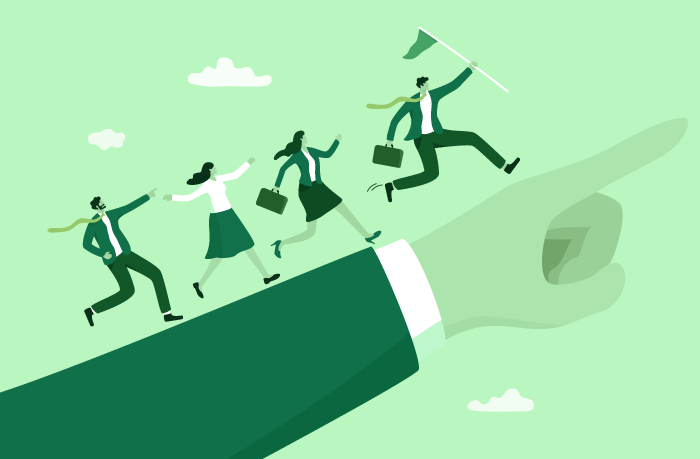 For example, if an organization has four departments for different activities, then each department must be directed by one superior, and its employees should give their whole efforts to achieving the plan of the organization. Each division should
have its in charge, plans, and execution resources. There should not be an unnecessary duplication of efforts and a waste of resources. 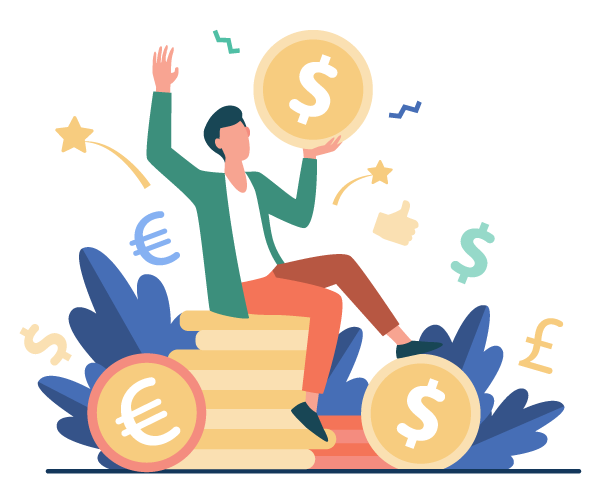 For example, if an organisation earns higher profits, then it should share some of its part with the employees in the form of bonus. 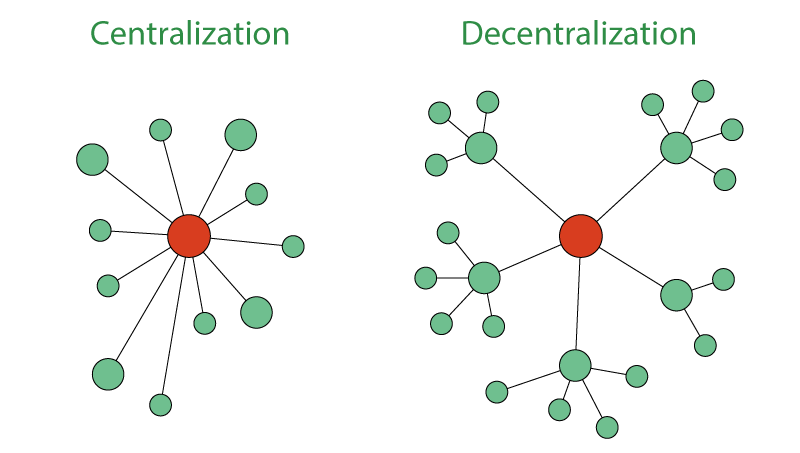 According to this principle, there is a scalar chain of authority and communication that moves in a straight line from the superior to the lowest subordinate. Henri Fayol permitted a shortcut of chain in case of urgency known as gang plank. Gang plank allows direct communication between two employees of the same level.

For example, E wants to communicate with I for some important work. The message should orderly move from E to D, then to C, B, A, and then down from A to F then to G, H and finally to I. This will take lots of time so to avoid this delay in work, Fayol suggested this concept of Gang Plank. In this concept ‘E’ can communicate directly with ‘I’ on an urgent matter, the gang plank allows two employees of the same level to communicate directly with each but each must enforce to its superior.

For example, there should be specific place for foremen in a factory so that the work can be done easily. 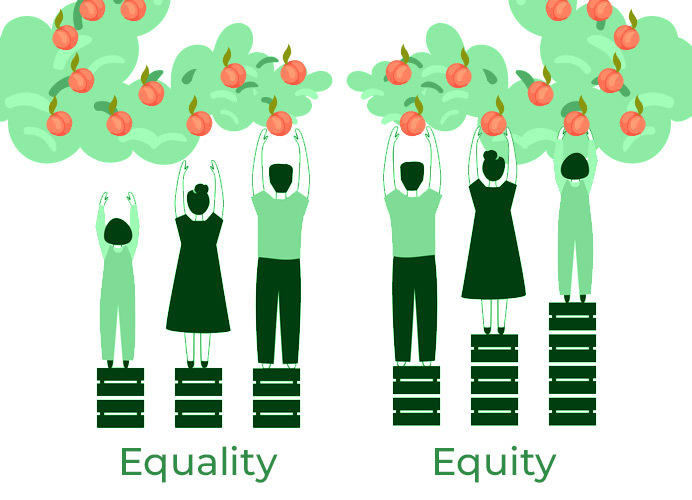 According to this principle, there should not be any discrimination amongst the employees based on religion, caste, language, or nationality. Equity ensures coordinated relations between superior and subordinate. It leads to the smooth and successful working of the enterprise. It improves satisfaction and motivation of the employee, creating relation between manager and employees.

For example, workers doing similar jobs in the same organization should be paid same wages irrespective of their sex, caste, religion and language.

According to this principle, there should be proper effort to achieve stability and continuity of employment. Fayol said that employees should be kept in their position for a reasonable time to show result stability creates a sense of belonging, and workers are encouraged to improve their quality of work.  This will increase the efficiency of employees, and it will also increase the reputation of the organization. Unnecessary labor turnover creates an atmosphere of disbelief. Continuous changes in employees disturb the working environment.

For example, new employees must be given ample time to adapt to new culture and environment of the workplace. 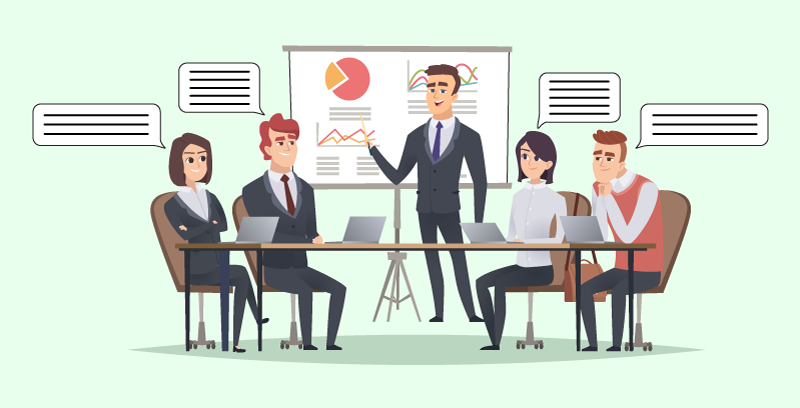 For example, organizations must have an employee suggestion system so that they have feeling of belongingness. 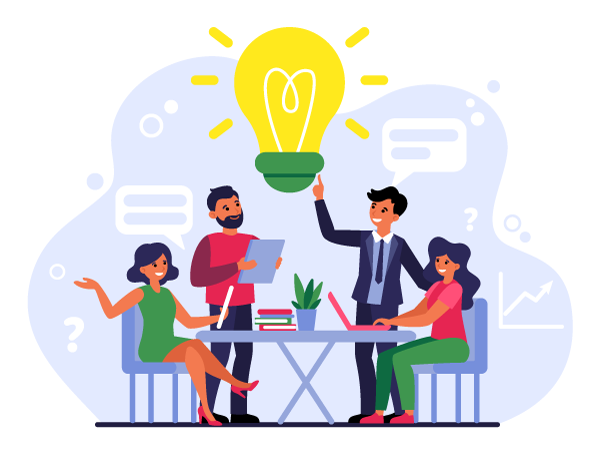 According to this principle, management should take reasonable steps to develop a sense of belongingness and a feeling of team spirit amongst employees. In order to achieve the best possible result, individual and group efforts need to be integrated. Production is a teamwork and it requires the full support of all members. For this purpose, a manager should replace ‘I’ with ‘We’ in his conversations to bring a team spirit among the employees. This will develop an atmosphere of mutual trust. It will help in achieving group goals, leading to cordial relations between management and workers.

For example, authority and responsibility meant empowering managers, but now it means empowerment of employees because of flat organizational structures that are gaining ground.