Prerequisite – K-Map (Karnaugh Map), Implicants in K-Map
A functions is said to be a Cyclic Boolean Function if there is no Essential prime Implicant in its respective K-Map.

Example:
Find the minimal expression for the following function. 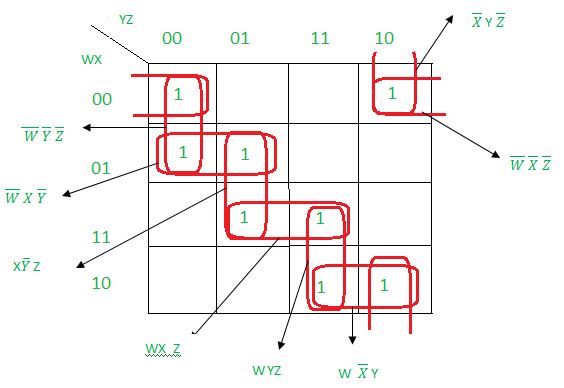 Example-2: find the minimal expression for the following cyclic function. 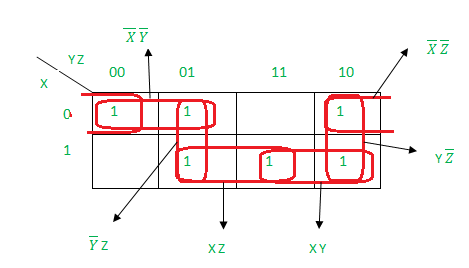 Step-2:
A is chosen arbitrarily.Now the row of A and the columns of the corresponding minterms (0 and 2) are deleted.

Step-3:
Since B and F are completely covered by C and E respectively hence deleting prime Implicants B and F .

Minterm 1 is covered by prime Implicant C only therefore check (

Minterm 6 is covered by prime Implicant E only therefore check (