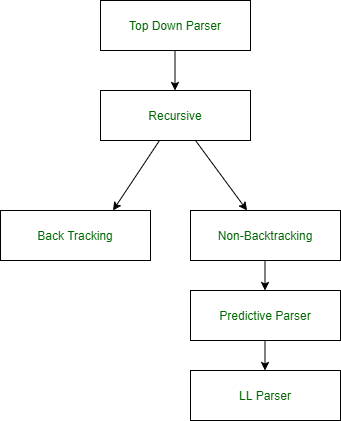 Predictive Parser :
A predictive parser is a recursive descent parser with no backtracking or backup. It is a top-down parser that does not require backtracking. At each step, the choice of the rule to be expanded is made upon the next terminal symbol.
Consider

If the non-terminal is to be further expanded to ‘A’, the rule is selected based on the current input symbol ‘a’ only.

STEP 1:
Make a transition diagram(DFA/NFA) for every rule of grammar.

STEP 2:
Optimize the DFA by decreases the number of states, yielding the final transition diagram. 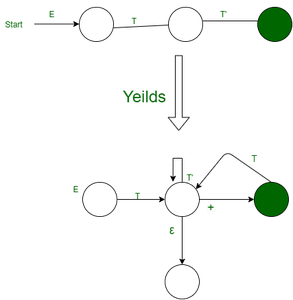 Accordingly, we optimize the other structures to produce the following DFA 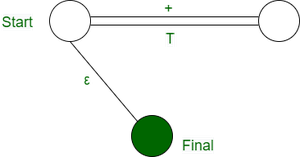 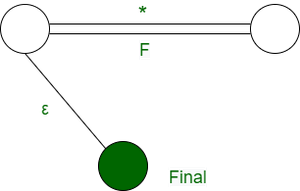 STEP 3:
Simulation on the input string.
Steps involved in the simulation procedure are: