Introduction : The Preconditions Class provides a list of static methods for checking that a method or a constructor is invoked with valid parameter values. If a precondition fails, a tailored exception is thrown.

Example 1 : In this example, checkArgument throws an IllegalArgumentException to indicate that examplePre1 made an error in its call to sqrt as the passed argument is negative.

Example 2 : Let us say we are given a method which takes a List as an argument. When this method is invoked we want to check that the list is not null and it is not empty. A simple Java solution for the problem would look like :

But when we use Guava’s Preconditions, the amount of code is reduced significantly. The solution looks something like :

Example 3 : If one wants to validate age to make sure it is greater than 18, one can use Precondition.checkArgument().

Following table shows some of the methods provided by Guava Preconditions. 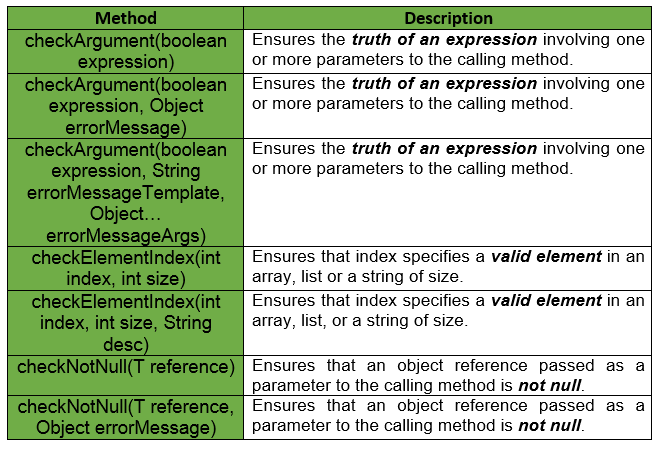 Each method has three variants, which are as listed below :

Examples of the third variant :

Some other methods provided by Guava Preconditions are : 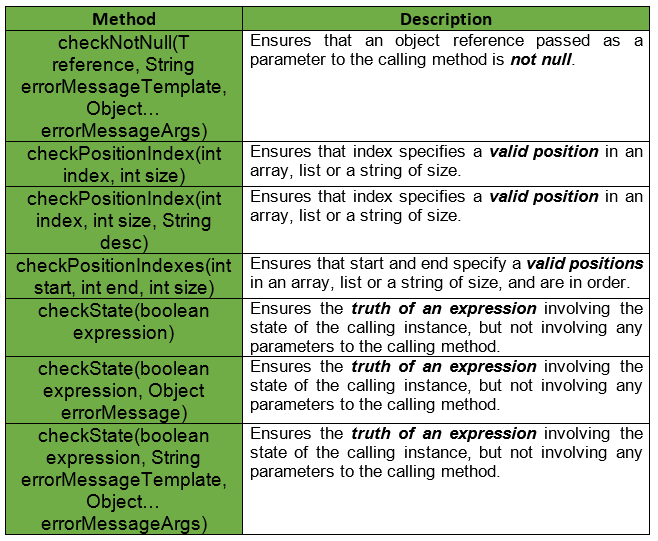 Important Points : Below given are some important points regarding Guava Preconditions.