Netcat is one of the powerful networking tool, security tool or network monitoring tool. It acts like cat command over a network. It is even considered as a Swiss army knife of networking tools. It is generally used for the following reasons:

To install the Netcat tool use the following commands as per your Linux distribution. In case of Debian/Ubuntu

1. To start listening on a port, first Open 2 terminal windows. Terminal 1 for listening

It will not display anything but will start listening to port 1234 at the localhost from terminal 1. And anything entered in terminal 2 will be reflected back in terminal 1 as well which confirms that the connection is established successfully. 2. To transfer data. Open 2 terminal windows. Terminal 1 for listening

3. To perform Port Scanning. Enter the following command on the terminal. Scanning a single port 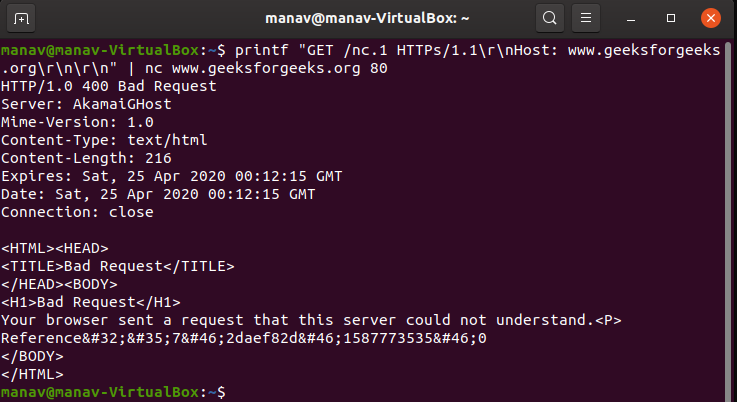 5. To delay the interval for lines sent. Open 2 terminal as shown below: Terminal 1 for listening