Are you aware of the connection between focal length and light ray bending? The number of light bends increases as the focal length decreases. As a result, the focal length of a lens is inversely proportional to its intensity. High optical strength is aided by a short focal range. Therefore, let’s first discuss some basic concepts related to the power of the lens.

What is Focus and Focal Length of a Lens?

A lens is a piece of transparent material, mostly glass, that is used to focus or disperse a beam of light. It uses the refraction property of light. Refraction is the change observed in light’s path when it travels from one medium to another. The lens focuses the light to a point and forms the image. It’s mainly used as a contact lens in our specs, in the magnifying glass, microscopes, etc.

The focal length is a measure of how sharply the system converges or diverges light; it is the inverse of the lens’s optical power.

While a focus or focal point is a point at which light from infinity gets converged after passing through the lens. It is denoted by F.

Therefore, the distance or the length of the pole of the lens to its focal point is called its Focal length. It is denoted by f. 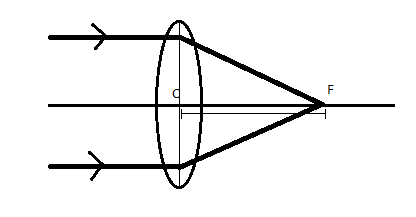 Mathematically, the power of a lens is defined as:

For instance, if the focal length of a lens is 15 cm, we get 0.15 m when we translate it to meters. Take the reciprocal of 0.15 to get the power of this prism, which is 6.67. As a result, the power of this lens is 6.67 D. This assumes that the power of a lens can be calculated using the radii of curvature of two surfaces and the refractive index of the lens material.

The power of a lens is inversely proportional to its focal length. Therefore, a short focal length lens has more power, whereas a lens of long focal length has less power.

A refractive index is a value that is often used in optical physics. Furthermore, there is no unit. The Refractive Index of a substance shows its ability to refract light. To better understand the definition of refractive index, one must first know the idea of refraction. Simply put, refraction occurs as light or other radiation changes the medium.

The refractive index formula is given as follows:

Power of a lens using the refractive index 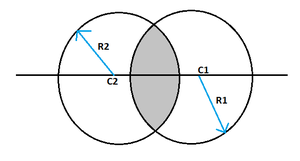 Radii of curvature of a convex lens

According to the Lens maker’s formula:

Also the power of a lens is given by,

Now, from both the above equations:

Power of combination of lenses

Two or more lenses can be combined in order to increase or decrease the power of lenses. The formula of the combination is simple and is explained with the help of an image. 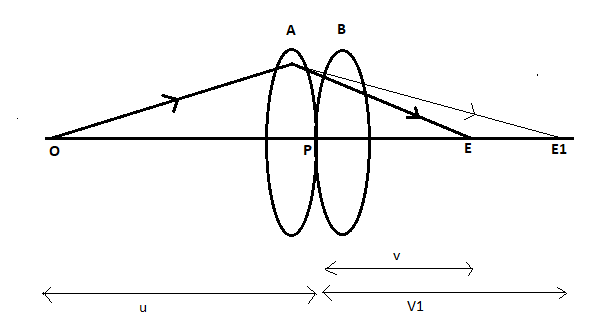 Let there be two lenses A and B with focal lengths f1 and f2 respectively. These two lenses are placed in contact with each other such that their principal axes coincide with each other. An object is placed at O on the principal axis of the combination. Lens A produces an image of the object at E1. This image acts as an object for lens B and the final image is formed at E.

Using Lens formula on the image formed by lens A:

Using Lens formula on the image formed by lens B:

Replace the combination with a single lens of focal length F, such that the final image is formed at E.

where, F is the focal length of the combination of lenses A and B.

This is the formula for the combined power of lenses. Proper sign convention needs to be followed when substituting the values of P1 and P2.

Problem 1: How does the power of a lens change if its focal length is doubled?

Power gets halved as Power is inversely proportional to focal length.

Problem 2: What is the power of convex lens (with sign) of focal length 40cm?

Substituting the given values as,

Since it’s a convex lens, so power will be positive.

Problem 3: Identify the type of lens, and its focal length if its power is 0.2D.

Therefore, substituting the given values in the above expression as:

Since the power is positive, therefore given lens is a convex lens.

Problem 4: Sunglasses have curved surface but still do not have any power. Why?

Sunglasses have two curved surfaces, one is convex and another is concave. Both surfaces are of equal power but of opposite signs, so both the power cancels out each other and resultant power is 0.

Problem 5: A convex lens of focal length 50 cm is in contact with a concave lens of 20 cm focal length. Find the power of the combination of lenses.

For a combination of lenses,