The PostgreSQL FETCH clause has a functionality similar to the PostgreSQL LIMIT clause. It is used to retrieve a portion of rows returned by a query. As the LIMIT clause is not a standard SQL-command, PostgreSQL provides a standard way of fetching a subset of results from a query.

Let’s analyze the above syntax:

For the sake of this article we will be using the sample DVD rental database, which is explained here and can be downloaded by clicking on this link.

Example 1:
Here we will query the first 10 rows of the film sorted by “title” from the film table of our sample database. 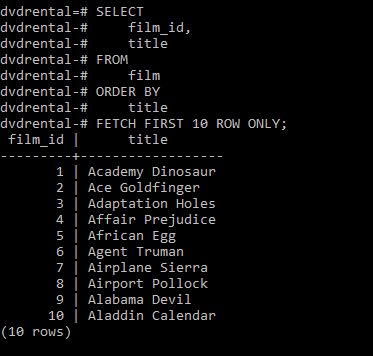 Example 2:
Here we will query the first 10 rows of the film after the first five films, sorted by “title” from the film table of our sample database. 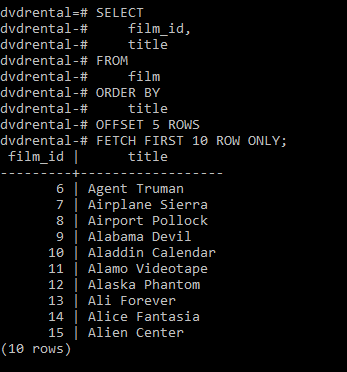