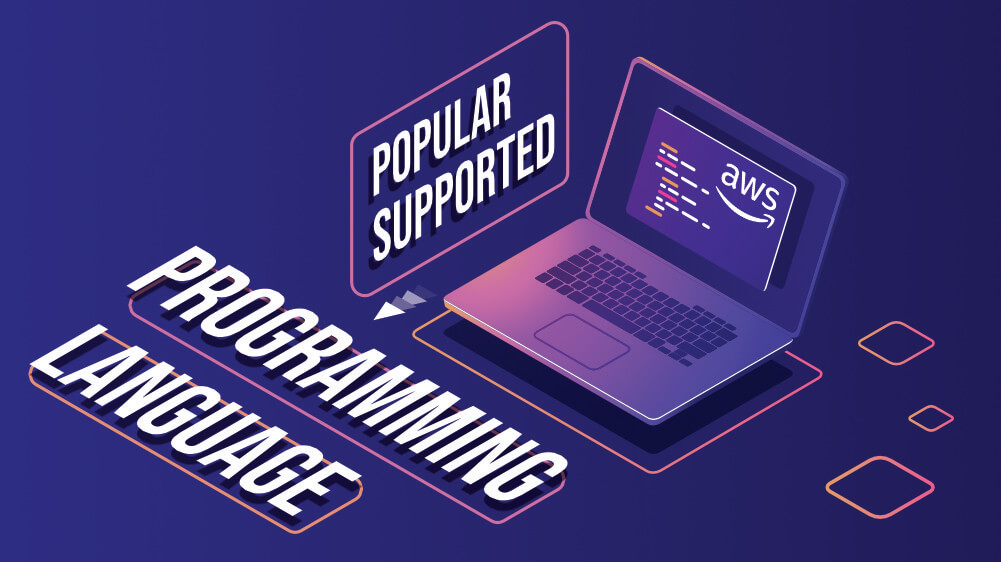 Java is an object-oriented language with fewer dependencies. It is a secure and dynamic language designed to have high performance. Java is one of the earliest languages used in business-critical ideas.  It has a wide range of libraries and frameworks supported.

Java Applications in AWS Have the Following Merits:

The benefits of Python in the AWS environment:

Using the SDK for Python, you can build applications on top of Amazon S3, Amazon EC2, Amazon DynamoDB, and more.

Ruby is also a popular object-oriented programming language having training available online, both for beginners, with no coding experience, and experts in the field. Ruby has a repository of reusable libraries easily maintained and deployed in the form of RubyGems.

PHP is an open-source server-side scripting language. PHP code is executed on the server so you need a web browser to execute PHP code. Major companies including Facebook, WordPress, Twitpic, Flickr, and Imgur are part of the PHP alumni.

The  PHP SDK is a modern, open-source PHP library that makes it easy to integrate your PHP application with AWS services like Amazon S3, Amazon Glacier, and Amazon DynamoDB.

Node.js is the newest entry to the list of languages supported by AWS. Node.js applications are written in JavaScript and can be run within the Node.js runtime on OS X, Microsoft Windows, and Linux. Leaders such as Yahoo and LinkedIn have implemented portions of their applications on Node.js.

The  Node.js SDK helps take the complexity out of coding by providing JavaScript objects for AWS services including Amazon S3, Amazon EC2, DynamoDB, and Amazon SWF.