It is a point where many devices share a connection and can communicate with each other. We can say that it is a man-made demarcation point (a point where the public network of a company ends and the private network of the customer begins for eg. the point at which your broadband cable enters the house) between communicating entities. It basically consists of high-speed telecommunications equipment and technologies that help in bringing together people from all over the internet.

An example of this would be the local access point that connects customers via their internet service provider (ISP) to the rest of the world. The size of an ISP can be calculated by seeing the number of POPs that the service provider has. The normal houses routers, modems, servers, switches, and other such devices that have to share data over networks all use POPs. Internet Service Providers have multiple POPs.

RFC 918 got published in 1984 which defined the Post Office Protocol (POP). The explanation of why POP came in the picture was to supply a neater way for a client computer to retrieve e-mail on an SMTP (Simple Mail Transfer Protocol) server so that it can be used locally. POP Version 2 got published in 1985.

It improvised the capabilities of POP by defining a far impressive set of commands further as replies. RFC 1939 was published in 1996 and POP3 has not been improvised since that point. 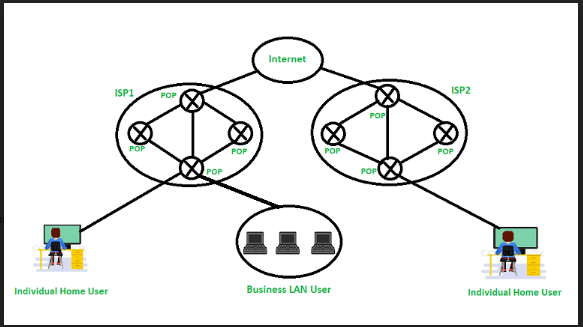 Working:
POP’s working is based on its five important equipment which are: