Pompem tool is an automation tool used in the phase of Vulnerability Scanning. This tool can find the exploits for a particular text. Now, this text can be CMS, Port service, Database, etc. Pompem tool makes the exploit search into CXSecurity,  ZeroDay,  Vulners,  National  Vulnerability  Databases, and results in the exploits name and link. We can save the results in two ways. The 1st way is to save in a .html file and 2nd way is to save in a text formatted file. The Pompem tool is developed in the Python language and is also available on the GitHub platform. It’s free and open-source to use. 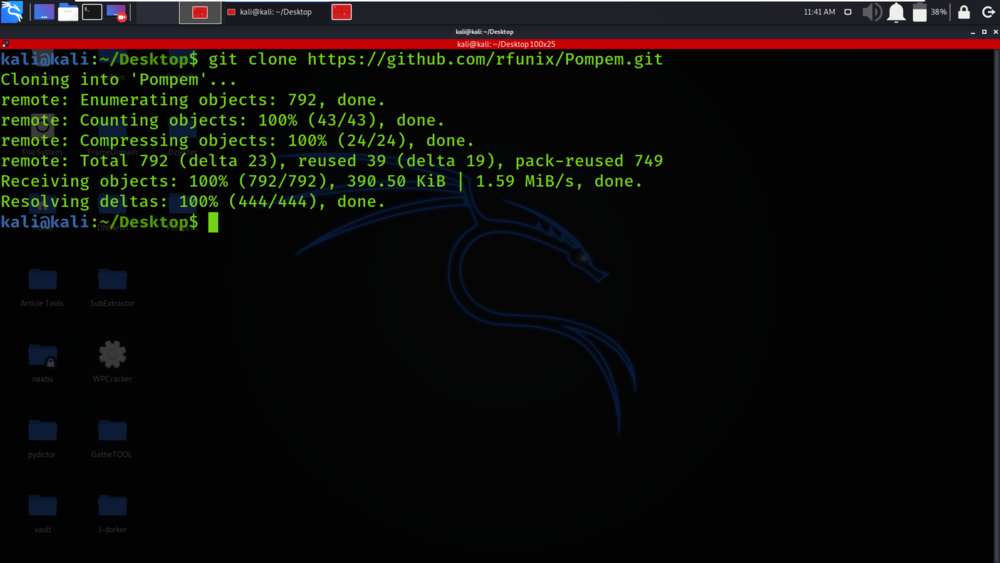 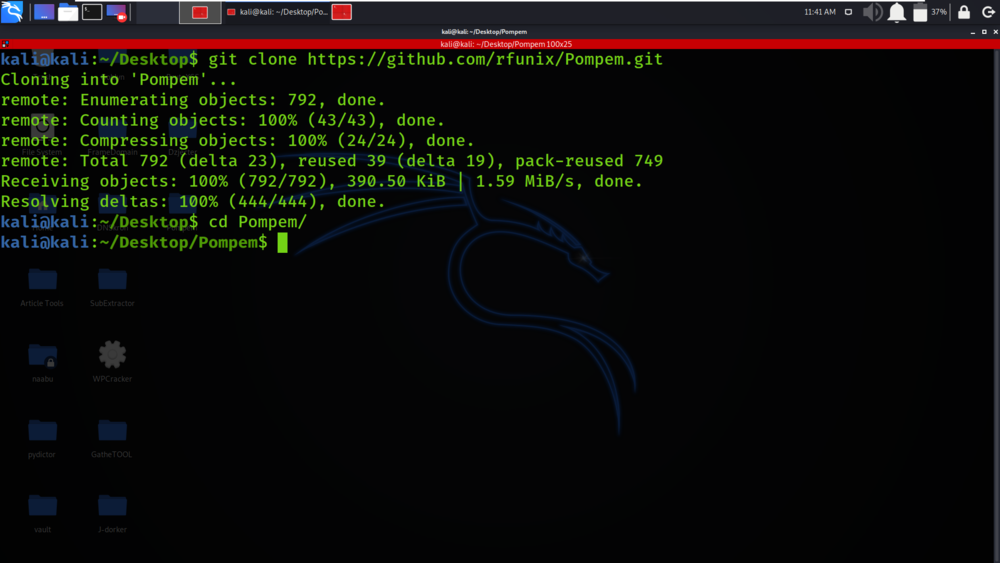 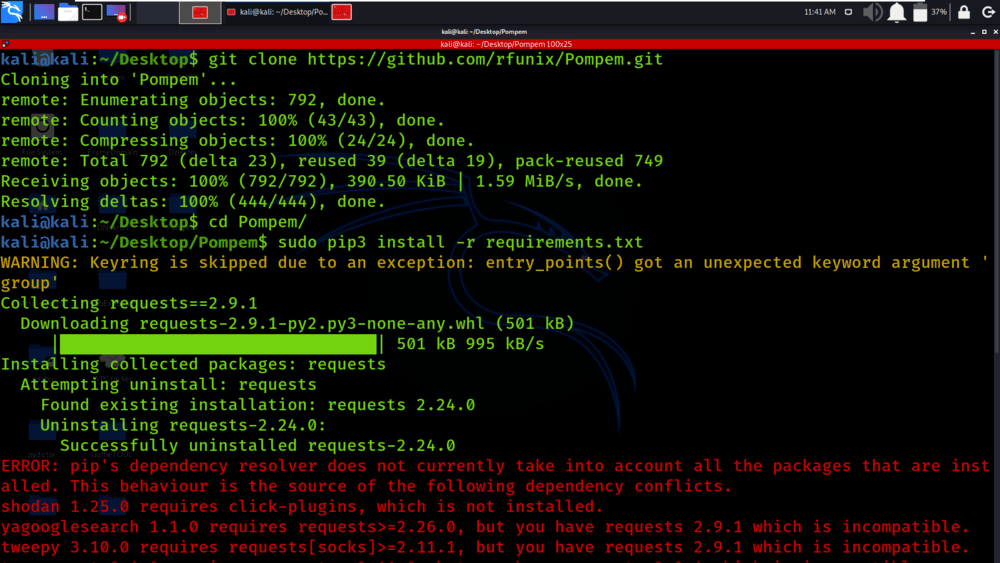 Step 4: All the dependencies have been installed in your Kali Linux operating system. Now use the following command to run the tool and check help section. 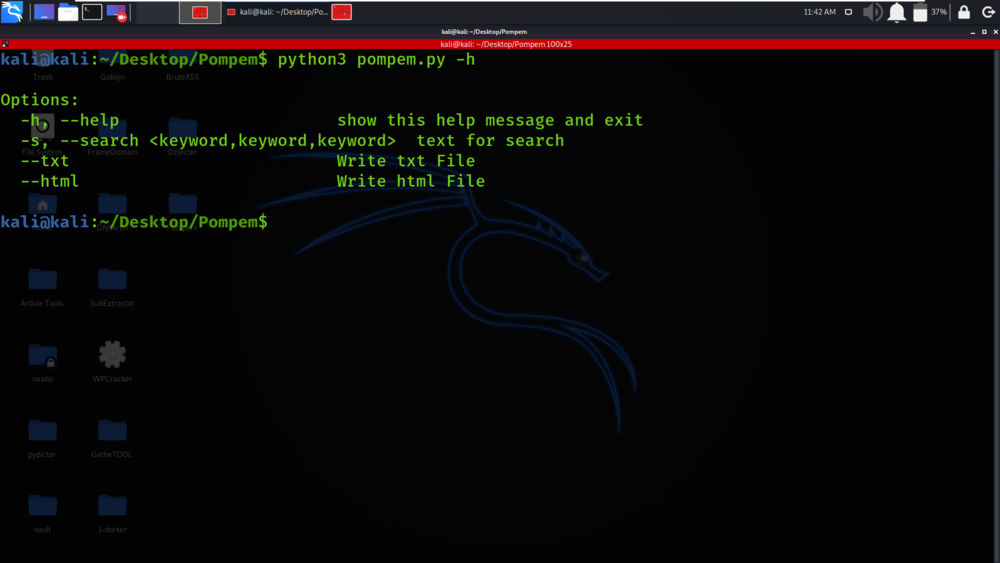 In this example, we have given the text as ssh, ftp, mysql. Tool will find the exploits for the inputted text. 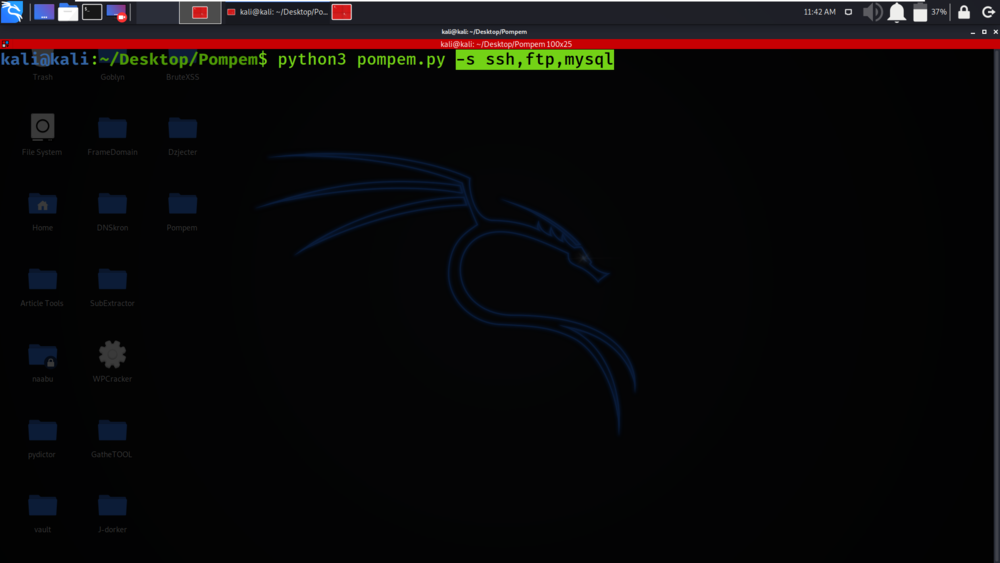 We have got the name and link of exploit available for the inputted text. 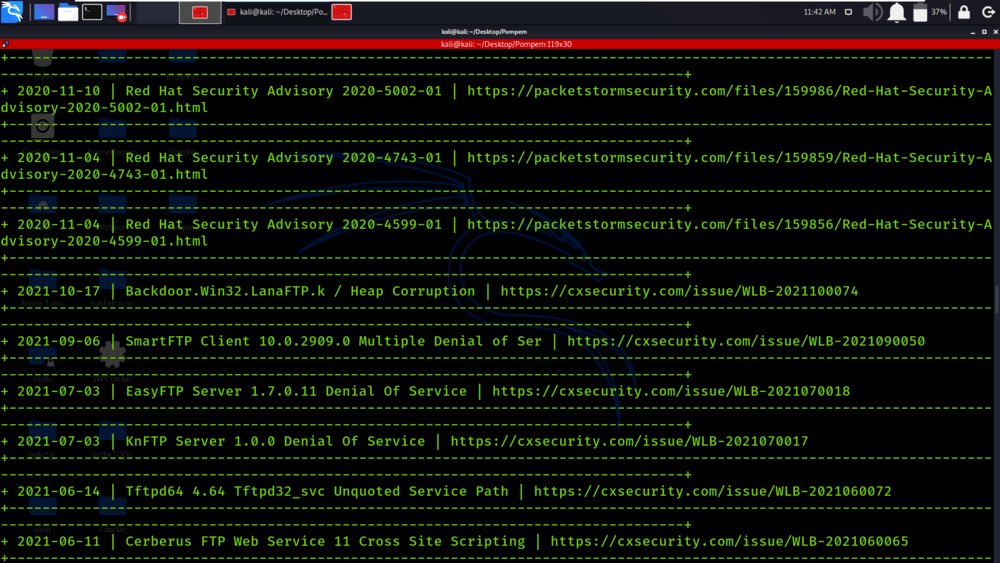 In this example, results will be saved as a html file. 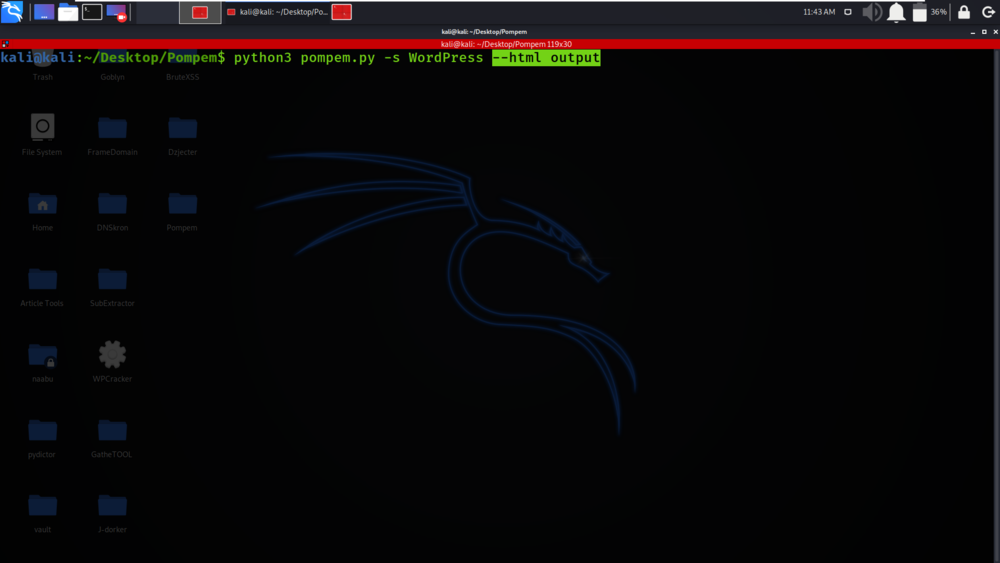 We have displayed the results which are been saved as an html file. 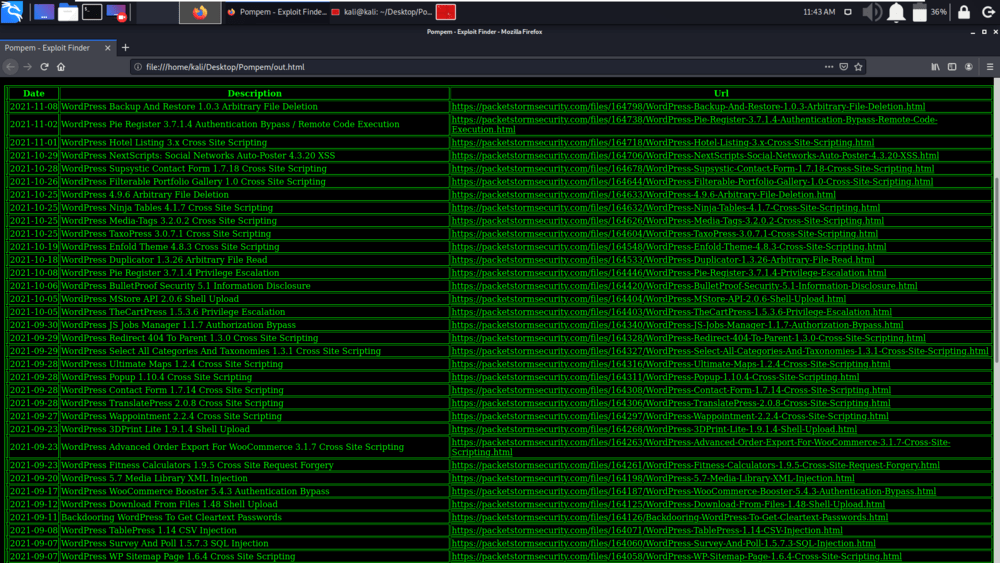 In this example, results will be saved as text formatted file. 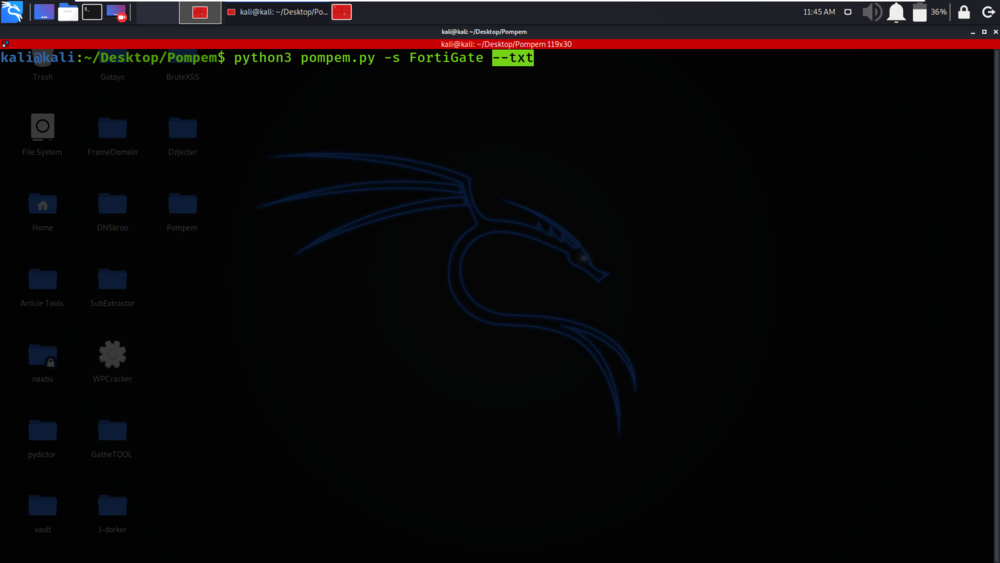 We have got the results for our search text. 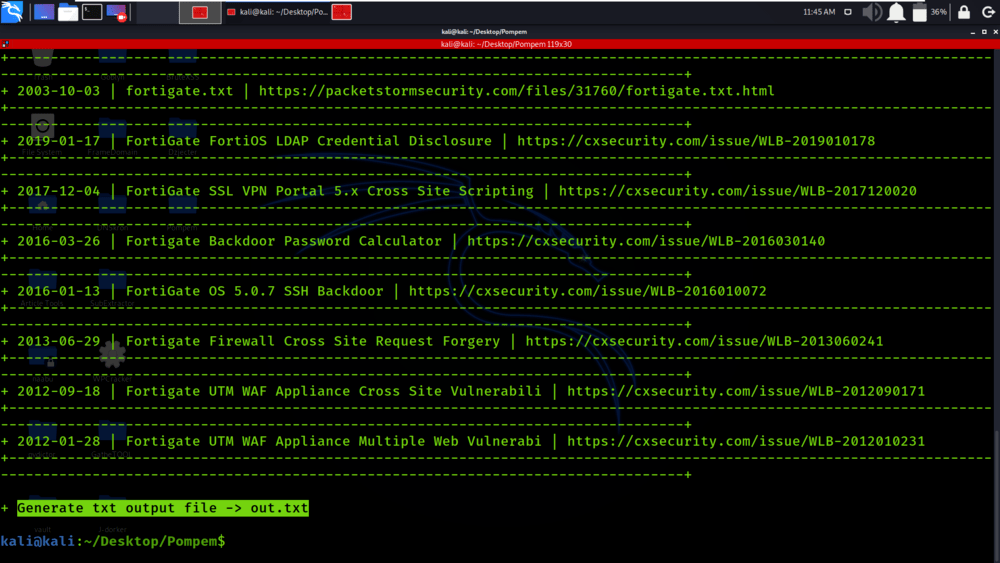 The results are been saved in the text formatted file. 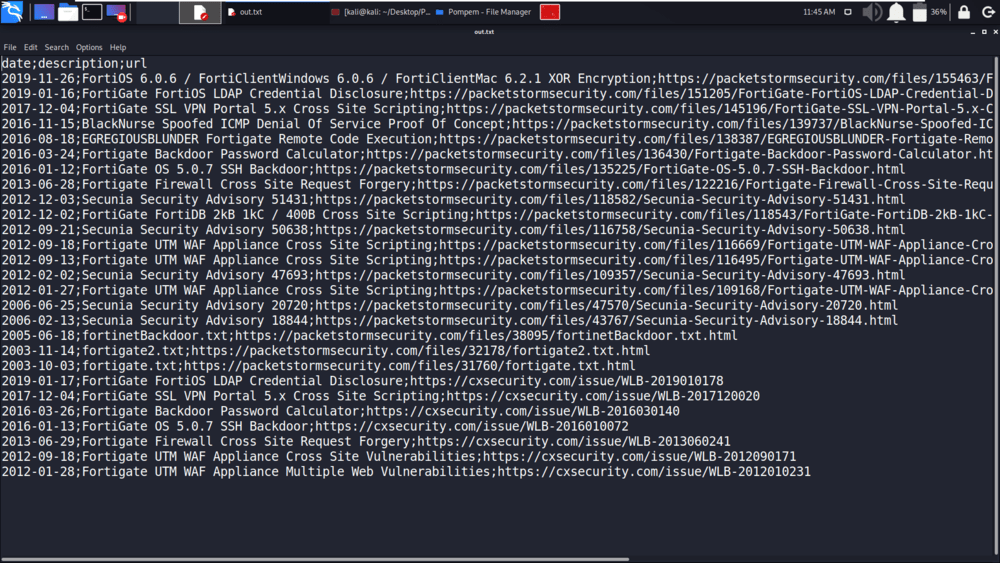