Polynomial Regression in Julia can be implemented by using Polynomials.jl package. Polynomials.jl is a Julia package that provides basic arithmetic, integration, differentiation, evaluation, and root finding over dense univariate polynomials.

To install the package, run

Now, let’s see how can we use Polynomial.jl to achieve arithmetic, integration, differentiation, evaluation, and root finding over dense univariate polynomials.

The following arithmetic operators are supported on all primitive numeric types: 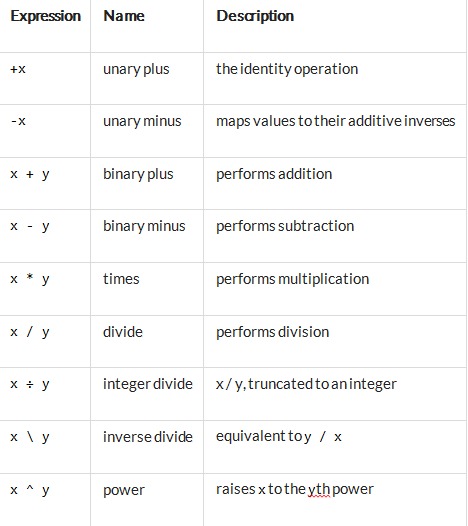 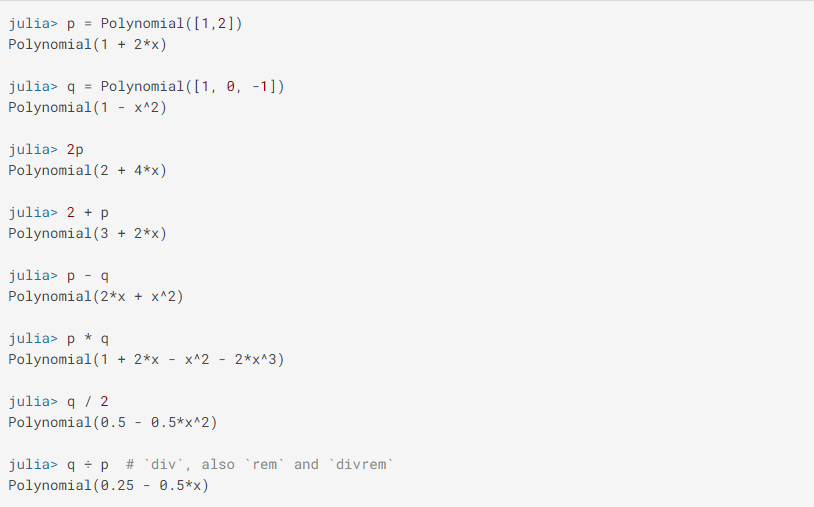 Integrate the polynomial p term by term, optionally adding a constant term k. The degree of the resulting polynomial is one higher than the degree of p (for a nonzero polynomial).

Return the roots (zeros) of p, with multiplicity. The number of roots returned is equal to the degree of p. By design, this is not type-stable, the returned roots may be real or complex.

Fit a polynomial (of degree deg or less) to x and y using a least-squares approximation. 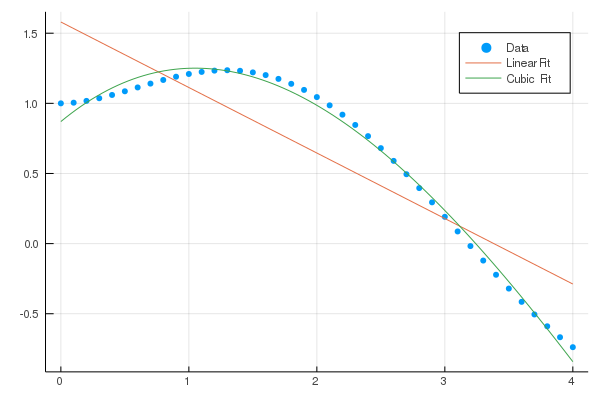