Non-linear data is usually encountered in daily life. Consider some of the equations of motion as studied in physics.

In addition to these examples, Non-linear trends are also observed in the growth rate of tissues, the progress of disease epidemic, black body radiation, the motion of the pendulum etc. These examples clearly indicate that we cannot always have a linear relationship between the independent and dependent attributes. Hence, linear regression is a poor choice for dealing with such nonlinear situations. This is where Polynomial Regression comes to our rescue!!

Polynomial Regression is a powerful technique to encounter the situations where a quadratic, cubic or a higher degree nonlinear relationship exists. The underlying concept in polynomial regression is to add powers of each independent attribute as new attributes and then train a linear model on this expanded collection of features.
Let us illustrate the use of Polynomial Regression with an example. Consider a situation where the dependent variable y varies with respect to an independent variable x following a relation

Step1: Import the libraries and generate a random dataset. 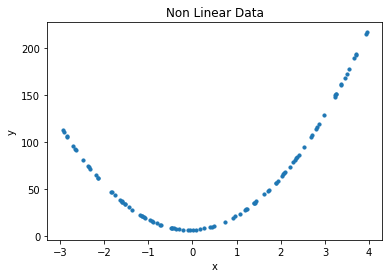 Step3: First try to fit the data with a linear model.

Step 4: Plot the data points and the linear line. 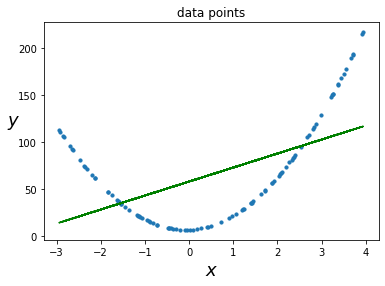 The performance of the linear model is not satisfactory. Let’s try Polynomial Regression with degree 2

Step 6: For improving the performance, we need to make the model a bit complex. So, lets fit a polynomial of degree 2 and proceed with linear regression.

In addition to column x, one more column has been introduced which is the square of actual data. Now we proceed with simple Linear Regression 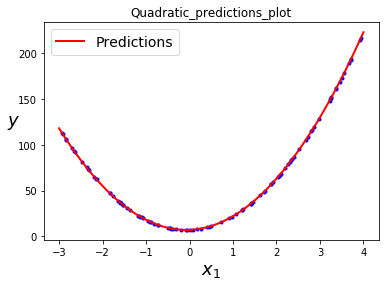 Step 8: Calculate the performance of the model obtained by Polynomial Regression.

Conclusion: Polynomial Regression is an effective way to deal with nonlinear data as it can find relationships between features which plain Linear Regression model struggles to do.