Polymer word is made up of two terms, “poly” which means many, and “mer” which means entities or groups. So polymers mean giant molecules which consist of a large number of small molecules. The molecular mass of these giant molecules is quite high as these are formed by repeating small entities which are called monomers. The structure of monomers is the same as polymers but these are smaller molecules having covalent bonding among them. Polymers are formed from monomers and the process is called Polymerisation.

Some Important Properties of Polymers are:

Polymers are generally of three main types depending on their sources that are:

Polypropene is a synthetic polymer that is formed by the repetitive joining of propene. Propene is the monomer of Polypropene. The structure of polypropene is given as (-C2H5CH-)n Polypropene is commercially important as it is used in the preparation of different useful materials like fibers, ropes, pipes, etc. 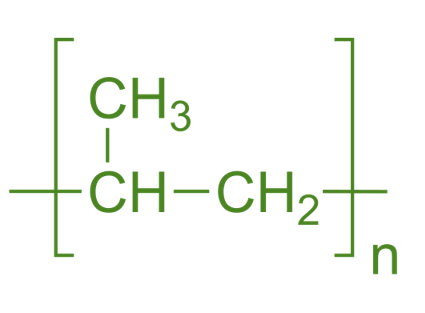 It is used as a wrapping material to provide coverage to important materials, cabinets of television are made of polystyrene, and it is also used in making radios. 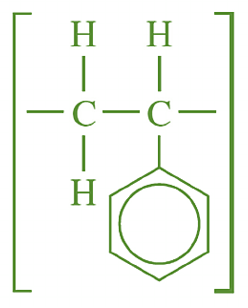 It ranks third in the production of synthetic polymers. It is used in making raincoats and especially in water pipes. 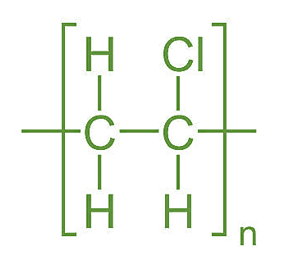 Glyptal is a synthetic polymer that is formed by monomers of Ethylene glycol and Phthalic acid. Glyptal is used in the manufacturing of paints, fabrics, lacquers etc. 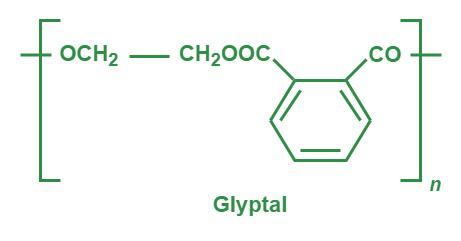 Bakelite is a synthetic plastic. It is also known as Polyoxybenzylmethylenglycolanhydride. Phenol and Formaldehyde are used as monomers to produce bakelite which is formed by the condensation reaction of these monomers.

Its appearance is brownish and it is solid in nature. It is used for making electrical switches as it is resistant to heat, and it is also used in making utensil handles and combs. 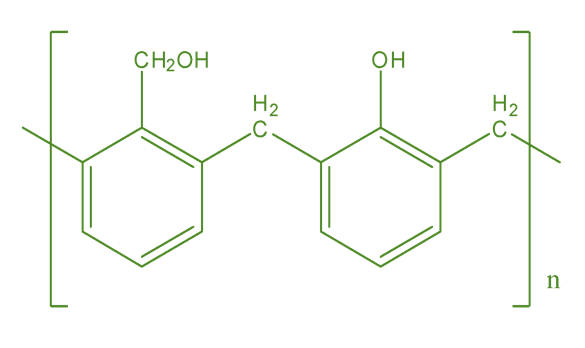 Natural Rubber is a natural polymer that is composed of polyisoprene molecules linked together to form an elastomeric structure. These are held together by weak intermolecular forces known as van der Waals forces. Natural rubber is used for various purposes like making tires, rubber bands, lid grippers, etc. 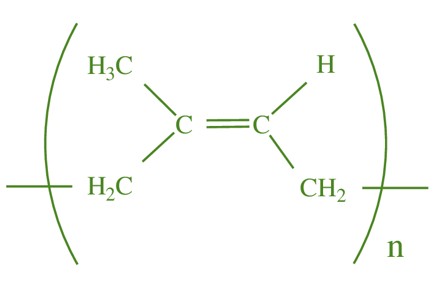 It is a hydrocarbon polymer that has a linear structure. It is a multifaceted polymer as it has properties of plastic as well as fiber and hence is used for multi-purposes. Propylene is the monomer of polypropylene and can be given the formula CnH2n. It started producing commercially in 1957. 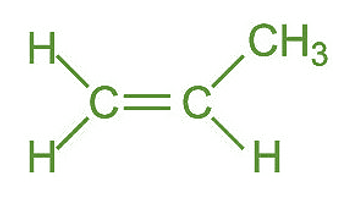 DuPont was the first chemist to prepare PET in 1940. It is used in making different useful things like containers for packing food and drinks. 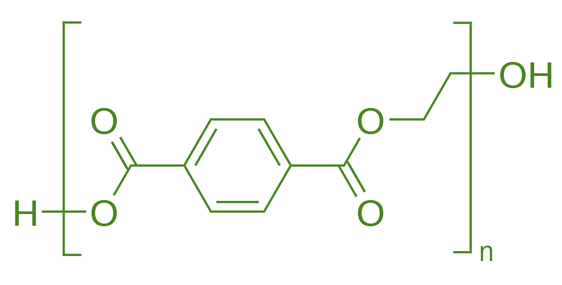 Polytetrafluoroethylene also termed PTFE is a fluoropolymer. It is slippery in nature and is highly resistant to heat. It also does not have any visible effect of chemicals on it. 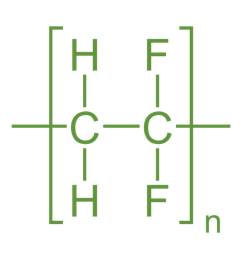 Neoprene is a synthetic rubber that is formed from chloroprene. It is prepared by free radical polymerization. It is somewhat polluting as its preparation releases some harmful gases.

The monomer of neoprene is chloroprene. It is a good rubber and is more strong as compared to natural rubber. It is used for preparing gaskets, conveyor belts, etc.

FAQs on Polymers of Commercial Importance

Question 1: What are biodegradable polymers?

Biodegradable polymers are those polymers which can be easily decomposed by the action of microorganism such as bacteria. These polymers are used in medical fields for making special bandages and coatings of capsules used in surgery.

Example: Poly(3-hydroxybutyrate-co-3-hydroxy valerate) which is known as PHBV

Question 2: What are branched-chain polymers?

Question 3: What is the vulcanization of Rubber?

Vulcanisation of rubber is a process which is used to improve physical properties of natural rubber. In this process .sulphur is mixed with raw rubber and heated at a suitable temperature range (373 to 415 Kelvin) due to which sulphur forms linking at double bonds to make rubber stiff.

Question 4: Give the disadvantages of PVC polymer.

The main disadvantages of PVC polymer are:

The reaction in which more than one entities of monomers is used for polymerisation to form the copolymers, such process is known as Copolymerisation.