Polyhalogen compounds are carbon compounds with more than one halogen atom. These chemicals are beneficial in the domains of industry and agriculture. The usage and impacts of various polyhalogens on the environment are discussed.

Methylene chloride is a clear, sweet-smelling liquid with no colour. It’s a flammable liquid with a low boiling point of 312.75 degrees Celsius and a specific gravity of 1.37. 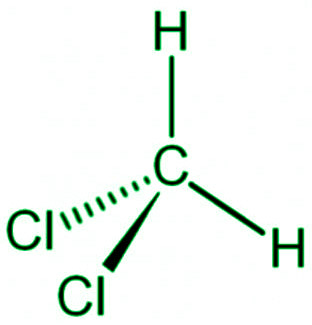 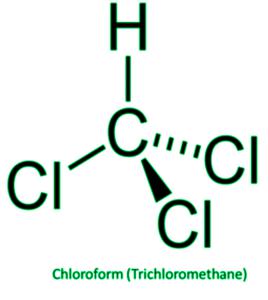 Chloroform is made in the lab by distilling a combination of ethanol and bleaching powder solution. 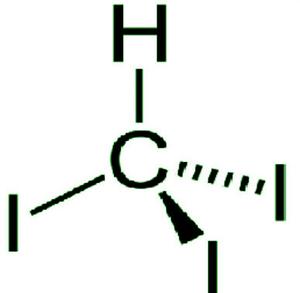 In the lab, iodoform is made by heating ethanol or acetone with iodine and a Na2CO3 or alkali solution.

Carbon tetrachloride is a colourless, oily liquid with a sickening odour that is insoluble in water but soluble in organic solvents like ether and alcohol. It has a boiling point of 350 K. It is combustible.

The Hazardous Effect of Carbon Tetrachloride on Human Being

Humans get liver cancer after being exposed to carbon tetrachloride. The most common adverse effects are dizziness, lightheadedness, nausea, and vomiting, which can irreversibly damage nerve cells. In severe circumstances, these consequences can swiftly progress to stupor, coma, unconsciousness, or even death. Your heartbeat may become erratic or stop if you are exposed to carbon tetrachloride vapours. It’s possible that it’ll irritate your eyes after coming into touch with them.

It also has negative consequences for the ecosystem. Carbon tetrachloride rises into the sky and depletes the ozone layer when discharged into the environment. Human exposure to UV radiation is increased when the ozone layer depletes, leading to a rise in skin cancer, eye illnesses and disorders, and perhaps compromised immune systems.

Freons are the chlorofluoro compounds of methane and ethane that are grouped together. These are non-flammable, non-toxic, non-corrosive, readily liquefied, and highly non-reactive substances that are exceptionally stable at low concentrations. They are used as refrigerants because they are stable even at high pressures and temperatures. Because of its commercial application, dichlorodifluoromethane (CCl2F2), often known as Freon-12, is the most significant constituent in this family. Through the Swarts reaction, antimony fluoride forms it on carbon tetrachloride in the presence of antimony pentachloride.

Ozone Layer Depletion due to Freons

Freons degrade the protective ozone layer that surrounds our planet through photochemical breakdown and moderate radical change processes in the stratosphere. As a result, several nations have banned or severely restricted the use of freons as a propellant or refrigerant.

In water, D.D.T. is almost insoluble, although it is somewhat soluble in polar solvents. It’s a strong pesticide that’s extensively used to kill mosquitoes and other insects. Heat a combination of chloral (1mol) and chlorobenzene (2mol) in the presence of concentrated H2SO4 to make D.D.T. It was initially created in 1874, but Paul Muller of Geigy Pharmaceuticals in Switzerland found its usefulness as an insecticide in 1939. Paul Muller was awarded the Nobel Prize in Medicine and Physiology in 1948 for this discovery. 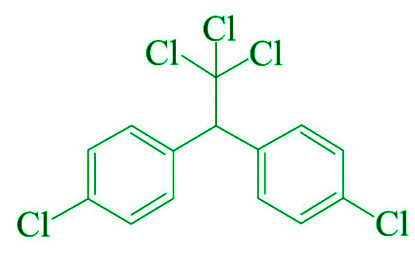 Side Effects of D.D.T.

One of the most potent and efficient pesticides is D.D.T. Because of its efficiency against malaria-transmitting mosquitos and typhus-transmitting lice, the usage of D.D.T. skyrocketed after WWII. Excessive usage of D.D.T., on the other hand, has been warned to cause a slew of issues.

Many insect species evolved resistance to D.D.T., and D.D.T. was also manufactured at a high toxicity level for fish. D.D.T. has high chemical stability and fat solubility. It is not readily digested by animals, but it is deposited and retained in adipose tissue, posing serious health risks, which is why it is prohibited in the United States. Despite its hazardous side effects, DDT is still widely utilised in India and other Asian nations due to a lack of alternative pesticides.

Question 1: What are polyhalogen compounds?

Polyhalogen compounds are carbon compounds that include more than one halogen atom.

Polyhalides are metal halides with more than one halogen atom. Potassium triiodide, for example (Kl3).

Question 3: Which polyhalogen chemical is utilised in industrial and dry cleaning as a solvent?

In manufacturing and dry cleaning, carbon tetrachloride is utilised as a solvent.

Question 4: What are the uses of Freons?

Question 5: What are the uses of Carbon Tetrachloride?

Question 6: What are the effect of Carbon Tetrachloride on the Environment?

It also has harmful effects on the environment. When carbon tetrachloride is released into the atmosphere, it climbs into the sky and depletes the ozone layer. When the ozone layer depletes, human exposure to UV radiation increases, leading to an increase in skin cancer, eye illnesses and disorders, and perhaps impaired immune systems.

Question 7: What are the properties of Iodoform?