Split Horizon and Reverse Poisoning both are techniques also called loop prevention mechanisms used in the network layer. In this article, we will discuss what split horizon, poison reverse, and the main difference between poison reverse and split horizon.

Distance vector protocols employ the split horizon technique to avoid network routing loops. The fundamental rule is straightforward: Never transmit routing information back in the direction it came from.

Consider 3 routes, A—–B—–C  which are linked by point-to-point links.

Node A does not advertise its path for C (i.e., A to B to C) back to B in accordance with the split-horizon rule. This initially appears pointless because B will never route via node A since the route is more expensive than the direct route from B to C. If the connection between B and C fails, on the other hand, and B had been given a path from A to C, B might end up taking that route via A.

An implemented algorithm called Poison Reverse is frequently used in distance-vector routing. To solve the count-to-infinity problem, employ poison reverse. Practically speaking, poison reverse is the opposite of split horizon. The main goal of poison reverse is to prevent paths from reversing into the same node when a network cost changes. 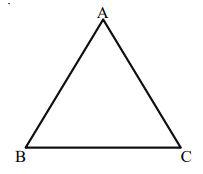 3 links in a ring topology

Node A travels to destination C by way of node B. The count-to-infinity problem will arise as the cost between Y and C rises. We use the poison reverse technique to prevent it. A will tell B a white lie by declaring to B that traveling to destination C will cost an unlimited amount of money as long as A uses node B to reach C.

Split horizon is sometimes used with a move known as poison reverse. This is the equivalent of telling all routers that a certain packet’s path back to the originating node has an infinite metric, or route poisoning all potential reverse pathways.

The difference between Poison Reverse and Split Horizon:

Previous
Create Array by replacing any element with its immediate smaller neighbour
Next
Core Components of Data Center Infrastructure and Facilities
Related Articles
1. Configuring EIGRP Split Horizon in Cisco
2. What Is Poison Reverse in Networking?
3. Split String by Space into Vector in C++ STL
4. Split Testing or Bucket Testing or A/B Testing
5. How can Tensorflow be used to split the flower dataset into training and validation?
6. Split Dataframe in Row Index in Pyspark
7. How to split a column with comma separated values in PySpark's Dataframe?
8. Split Array into maximum Subarrays so that sum of alternating sums is 0
9. Split a List to Multiple Columns in Pyspark
10. Split Parenthesis Sequence into maximum valid Substrings
Article Contributed By :