Parameter:
x: represents objects to be inserted in list

To create plot graphs, lists have to be passed as vectors to the plot() function as coordinate values. The unlist() function converts the list into an atomic type of vector. 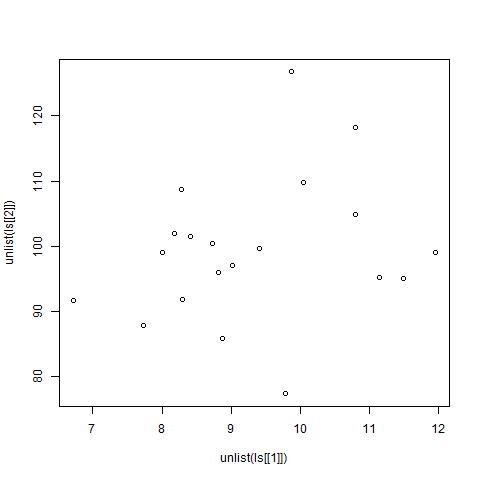