Physical Layer is the bottom-most layer in the Open System Interconnection (OSI) Model which is a physical and electrical representation of the system. It consists of various network components such as power plugs, connectors, receivers, cable types, etc. Physical Layer sends data bits from one device(s) (like a computer) to another device(s).  Physical Layer defines the types of encoding (that is how the 0’s and 1’s are encoded in a signal). Physical Layer is responsible for the communication of the unstructured raw data streams over a physical medium. 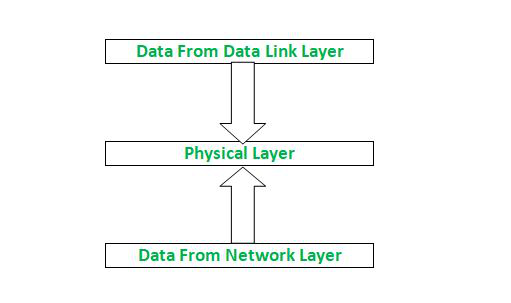