Physical Data Independence is defined as the ability to make changes in the structure of the lowest level of the Database Management System (DBMS) without affecting the higher-level schemas. Hence, modification in the Physical level should not result in any changes in the Logical or View levels.

Note –
There are 3 levels in the schema architecture of DBMS: Physical level, Logical level, and View level (arranged from the lowest to highest level). 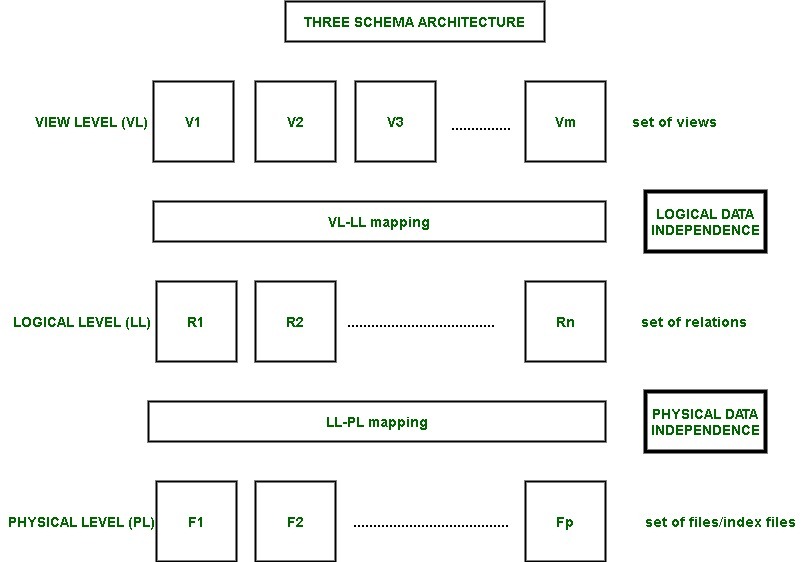 How is Physical Data Independence achieved?

Physical Data Independence is achieved by modifying the physical layer to logical layer mapping (PL-LL mapping). We must ensure that the modification we have done is localized.

Example –
Changes in the middle level (logical level) are: adding new attributes to a relation, deleting existing attributes of the relation, etc. Ideally, we would not want to change any application or programs that do not require to use of the modified attribute.

How is Logical Data Independence achieved?