Method Overriding means that the code comprises of two or more methods with the same name but each of them has a special task and that to differ from each other. Thus taking the literal meaning of the name itself it means that one method has to override another. This concept stands for redefining a base class method in its derived class with the exact same method signature.

Method overriding in Perl can be best explained with the help of the following example: 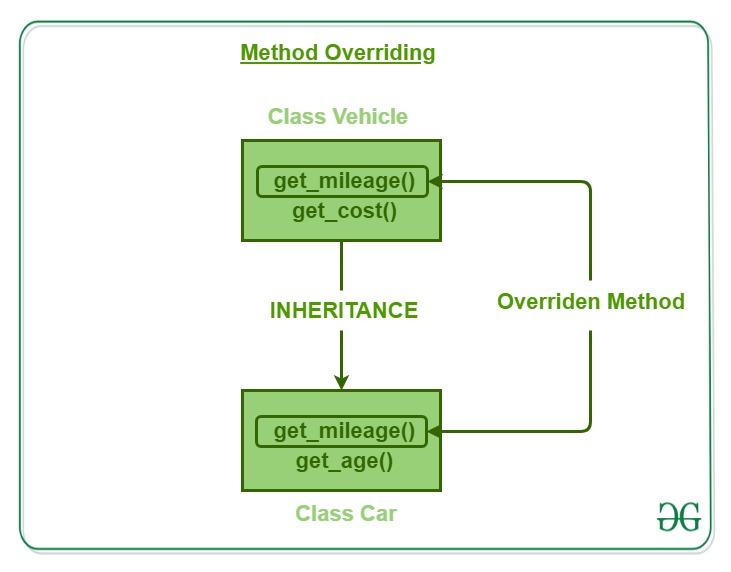 As stated earlier, overridden methods allow Perl to support run-time polymorphism. Polymorphism is essential to object-oriented programming for one reason: it allows a general class to specify methods that will be common to all of its derivatives while allowing subclasses to define the specific implementation of some or all of those methods. Overridden methods are another way that Perl implements the “one interface, multiple methods” aspect of polymorphism.

Dynamic Method Dispatch(Runtime Polymorphism) is one of the most powerful mechanisms that object-oriented design brings to bear on code reuse and robustness. The ability of existing code libraries to call methods on instances of new classes without recompiling while maintaining a clean abstract interface is a profoundly powerful tool.

Overridden methods allow us to call methods of any of the derived classes without even knowing the type of derived class object.
Thus method overriding makes the programming very easy as there is no need to remember different names while creating different methods instead remembering the processes within the Method is much more important.