For traversing a directory tree in Perl, there are several ways/methods. Traversing can be performed through function calls opendir and readdir which are a part of Perl programming language. Traversing files and directories in Perl can also be done through File::Find module which comes with the Perl language.

The only difference among both the modules is the order in which the files and directories are parsed. Find modules in Perl has all the functions similar to the Unix Find command.
Find function takes two arguments:

Following are some example scripts of Perl to find the Files and Directories:

Example 1: To print all the available directories in the searched folder. 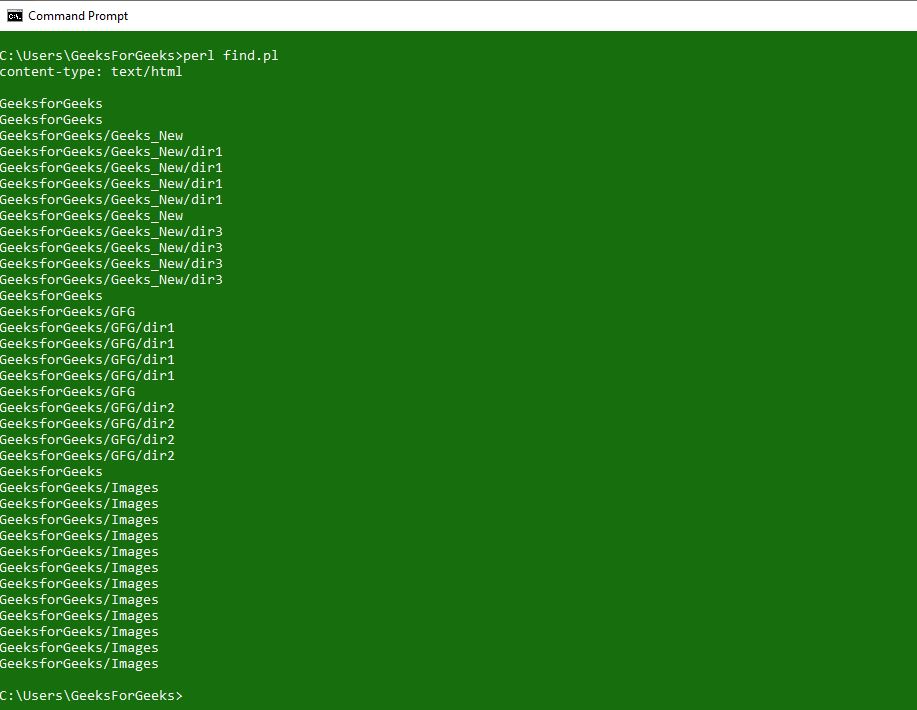 Example 2: To print out the files available in a directory 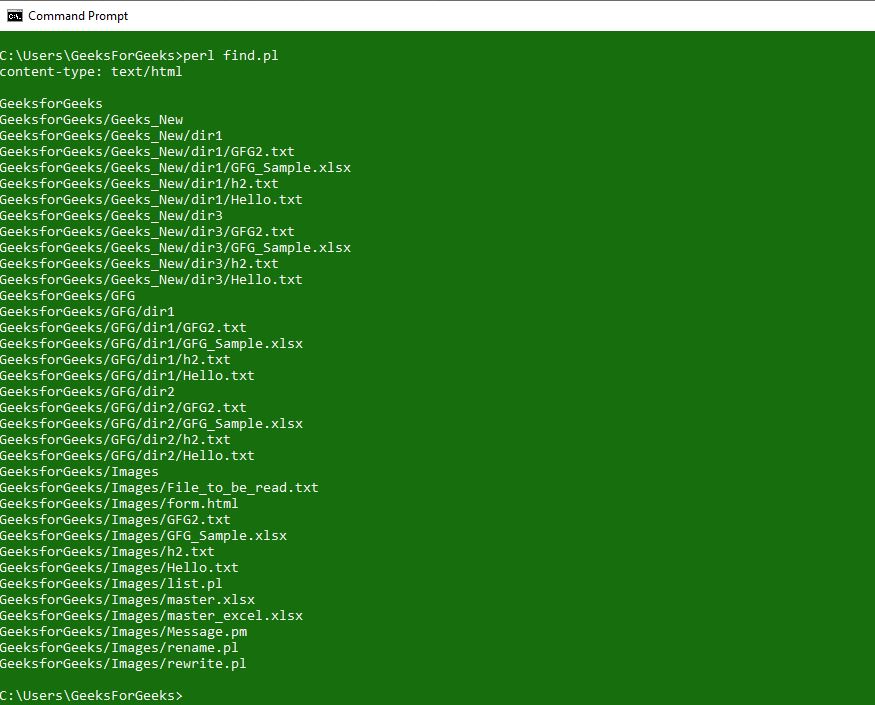 Example 3: Printing only once all the directories available/present in the folder/directory we are accessing.

Example 4: To access the files present inside a directory without accessing the other directories available in that same directory.

Example 5: Use of finddepth() function to find the files and sub-directories in a directory. 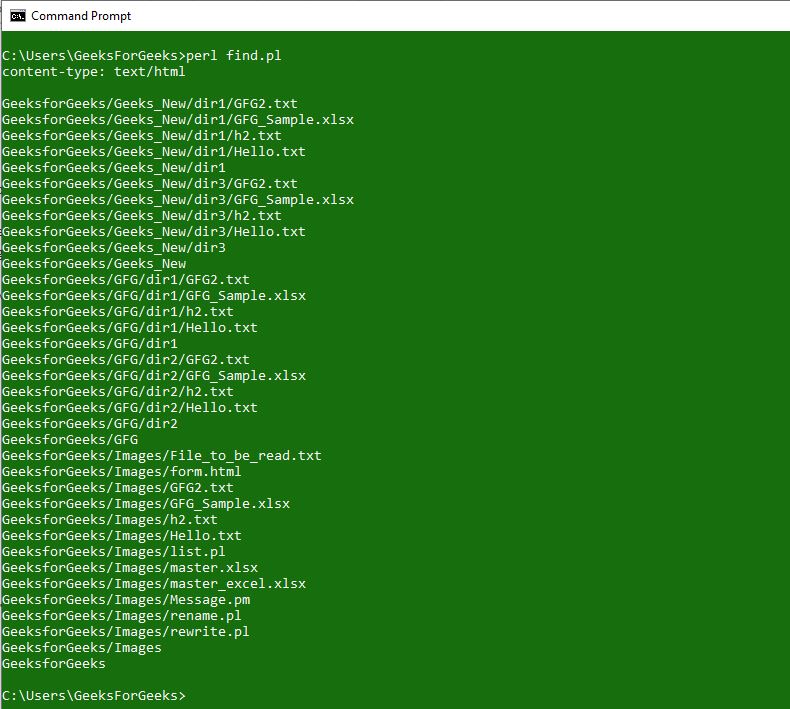 Example 6: To find all types of text files. 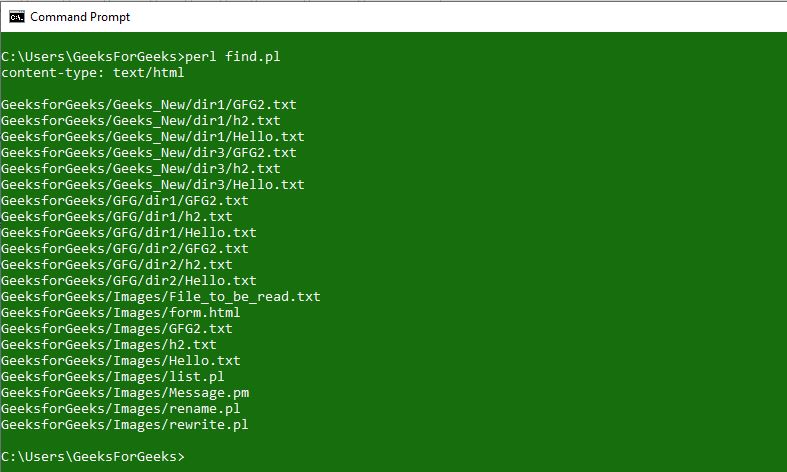