In Perl, Object Oriented concept is very much based on references and Arrays/Hashes. The few main terms of object-oriented programming with respect to Perl programming are object, class, and method.

Attributes can be defined by each class. When we represent them as objects, we assign values to those attributes. For eg, even every ‘file’ object has a path. Attributes are also known as properties.

Perl has no special syntax for attributes. In the back, attributes are often stored as keys in the object’s underlying hash.

Now we can know how to apply attributes. But what will happen if we don’t pass all the arguments in our Perl program? In this case, the attributes will be initialized as ‘null’ by the object. Hence there is a way to avoid that by setting default values that are overridden if the argument is present when the object is constructed. Logical or operator || can be used to achieve this effect.

The best way to accessing attributes is via accessor methods. These are methods that help us in Perl to get or set the value of each attribute.

The two types of accessor are: 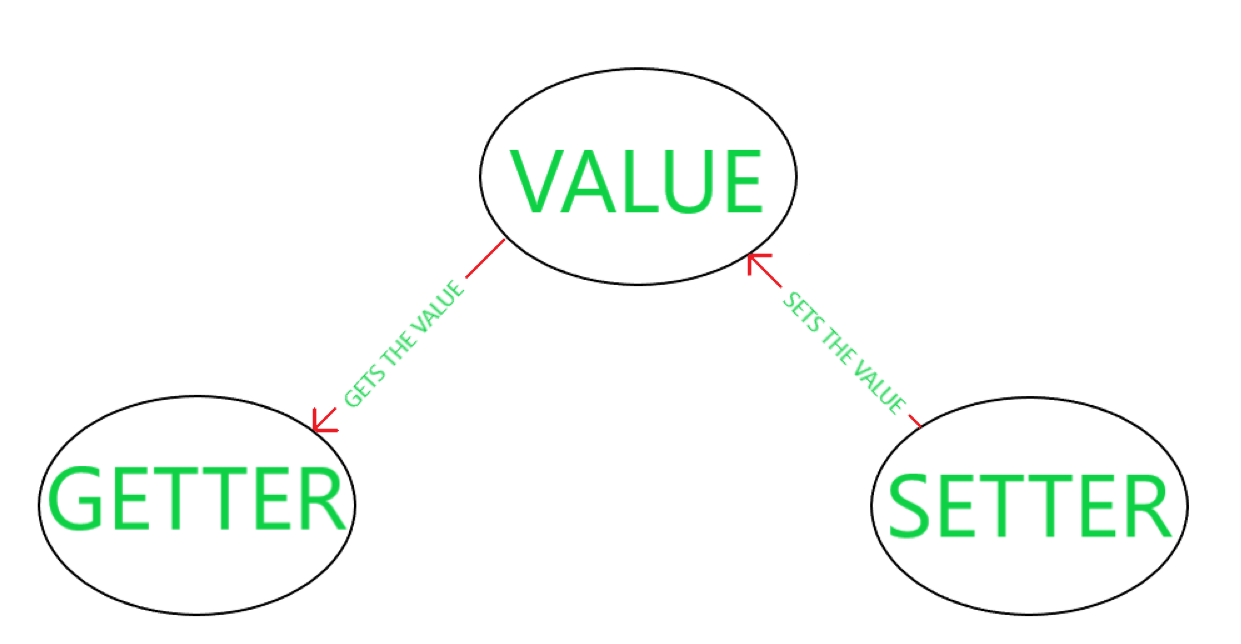 We are calling the constructor here Person->new, which returns an object we assign to $teacher and then we are calling the accessor $teacher->name(‘Foo’) using it as a setter by providing it a value and then using the same accessor as a getter $teacher->name (without passing a value) making it fetch the current value of the attribute while using the same method called ‘name’.
When we call the $teacher->name(‘Foo’), Perl will notice that $teacher is a blessed reference to a hash and it was blessed into the Person (name-space). If there wasn’t a blessed reference, it wouldn’t have known what to do with the arrow and the “name” after that and it would’ve throw an exception: (Can’t call method .. on unblessed reference)

Well since it is blessed into the Person name-space, Perl will start to look for the “name” function in the Person name-space and once that function is found, Perl will call that function with the parameters which we’ve passed onto it, but it will also take the variable we had on the left-hand side of the arrow and pass it as the first argument. ($teacher in our case) .
In our example this “name” function is once called as a “setter” when we pass a value to it, and once as “getter” when we don’t pass any value through it. Because Perl passes the object as the first parameter this means that when it is called a “setter” we are actually going to get 2 parameters and when it is called a “getter” we are going to get one parameter.
The first statement in the “name” subroutine assigns the parameters to local variables. In the second statement now, Perl checks whether the function should act as a getter or as a setter? Perl checks the number of parameters. If it gets two parameters then this is a setter. In this case, it takes the content of $self.
If we use the ‘name’ function as a ‘getter’, then we don’t pass any value to it, which means $value will be undefined, but more importantly @_ will only have one element. This it will skip the assignment and the only thing it’ll do is to return the value of the ‘name’ key from the hash reference.