DOS attacks are full-filling the server resources and making the server act slow or sometimes crash the server due to the fulfillment of resources. This can be done through various automated tools by sending thousands of requests at the same time. Pentmenu is an automated tool that is inspired by the PentBox designed to performs various network functions. Pentmenu tool also performs basic recon like Whois Records, DNS Gathering, etc. Pentmenu tool is developed in the Shell script and is available on the GitHub platform. Pentmenu tool is open-source and free to use. 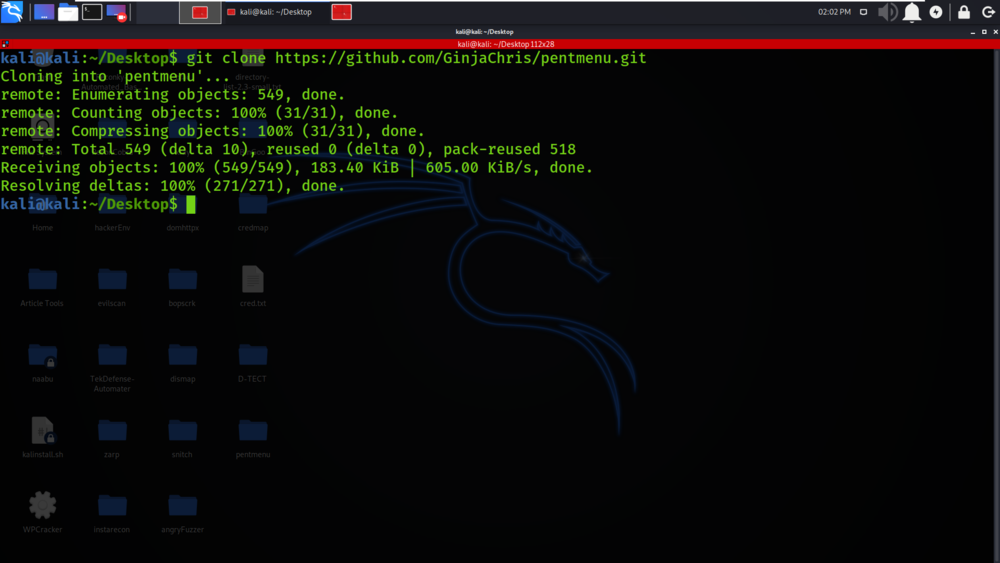 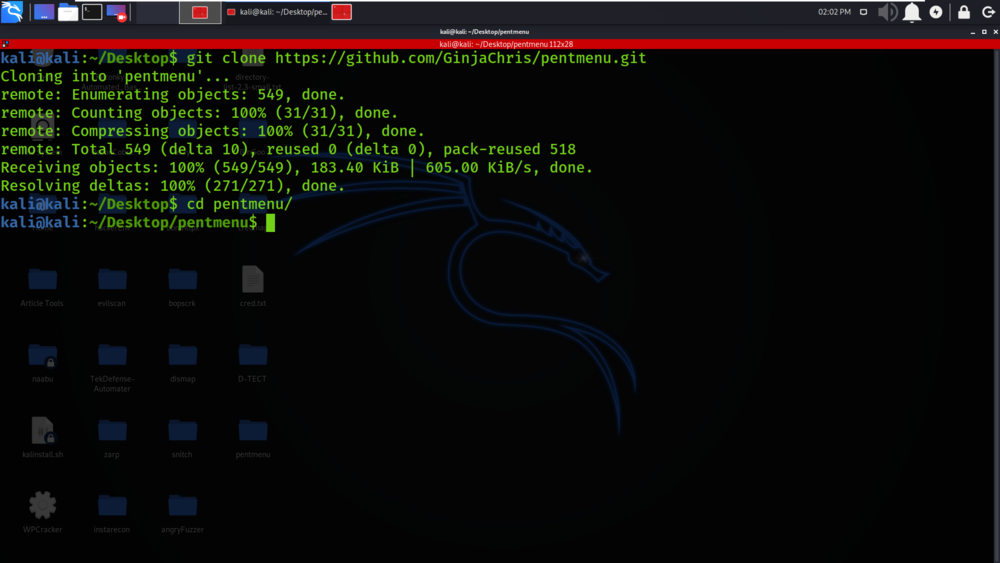 Step 3: Change the permissions of the pentmenu file by using the following command. 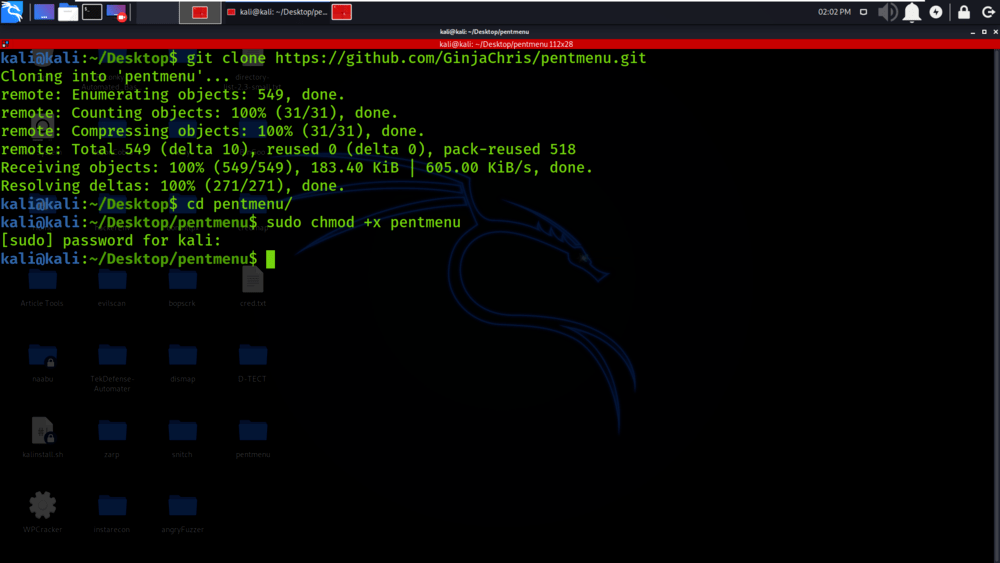 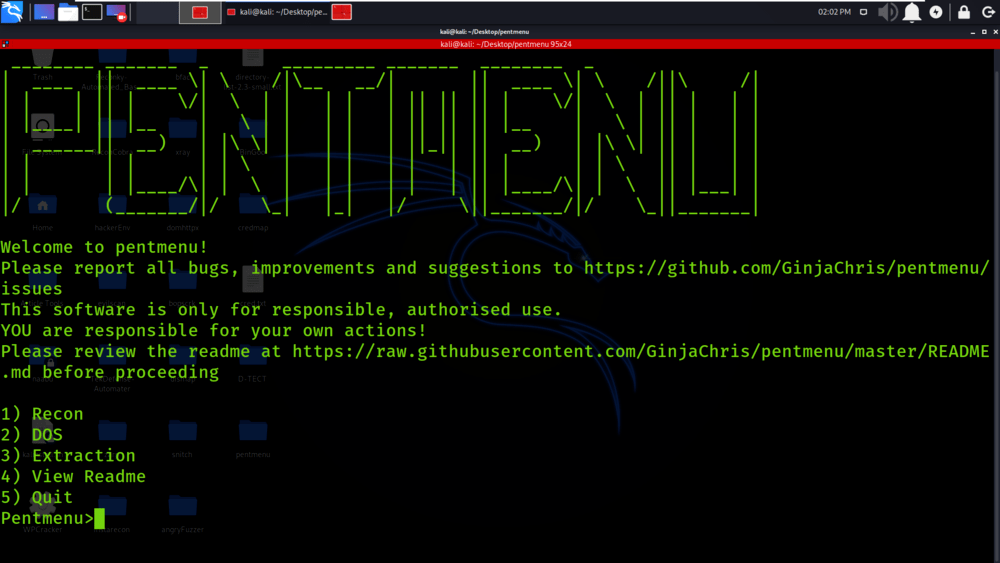 In this example, we are checking the Server Uptime of target domain geeksforgeeks.org. 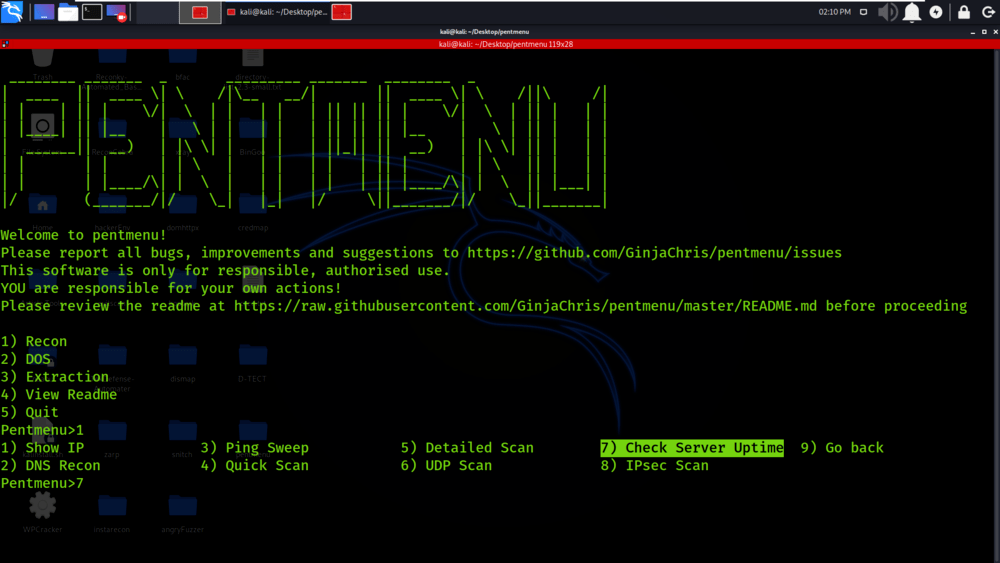 We have got the results of Uptime. 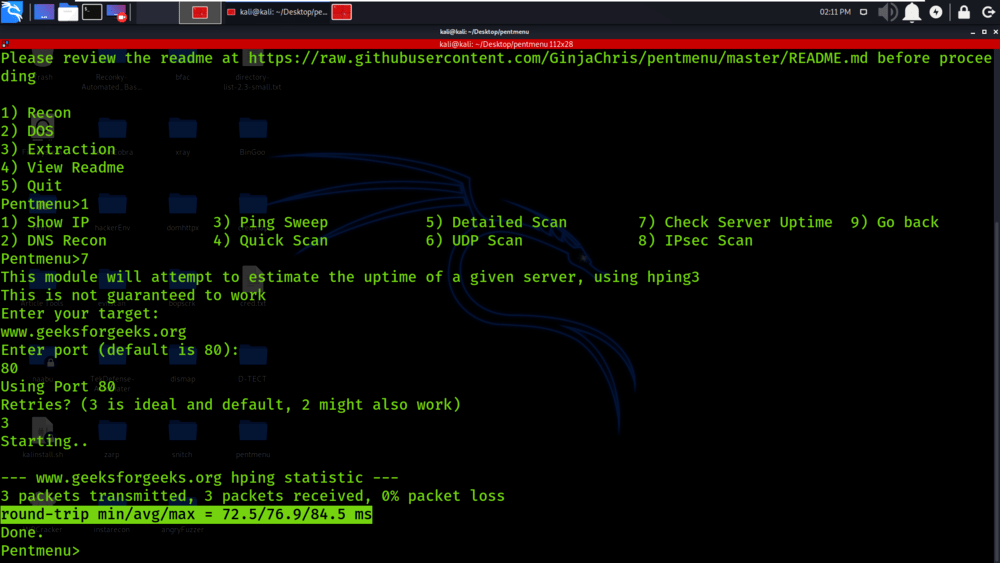 We have got the Whois Lookup information of target domain. 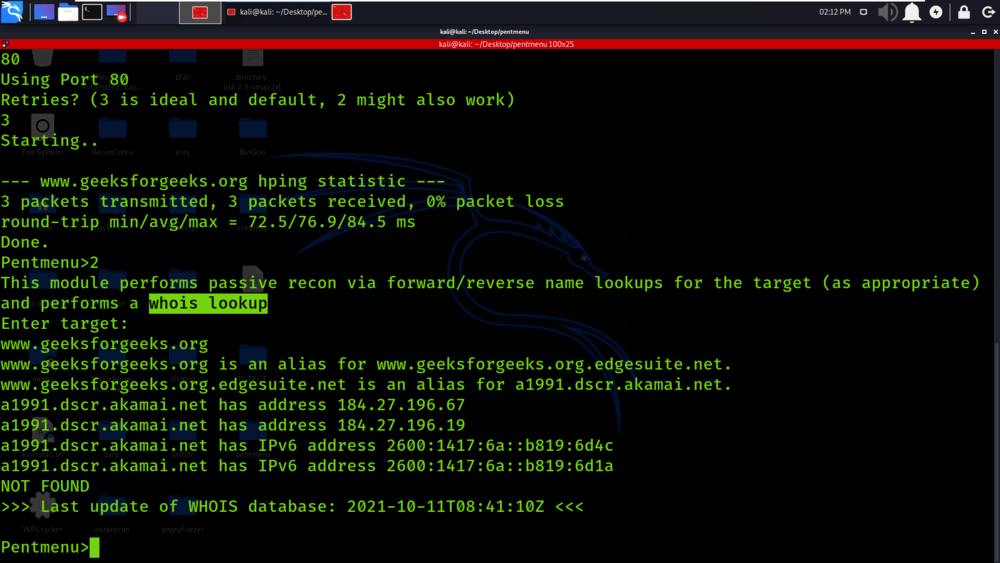 We have also got the DNS Record details of target domain. 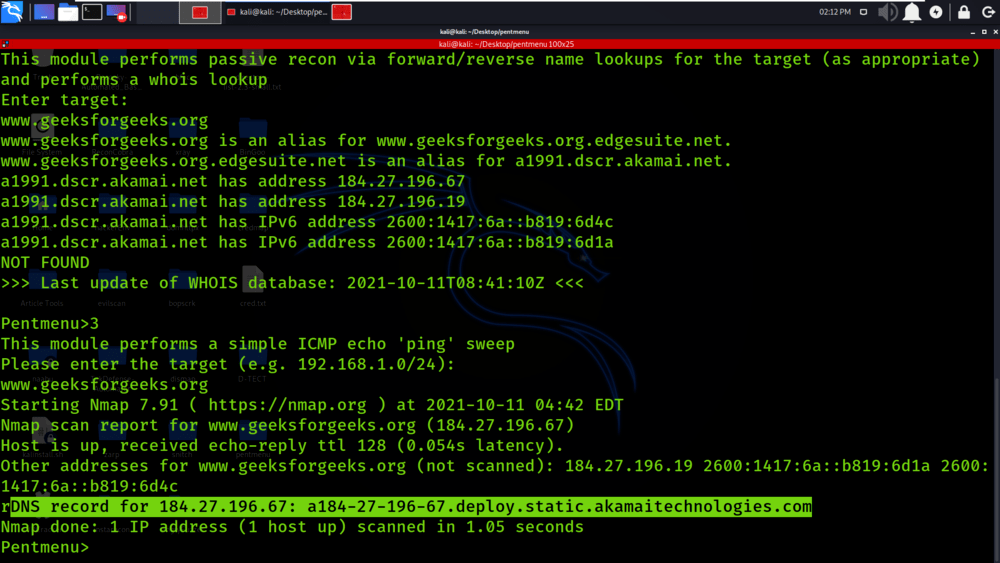 In this example, we are performing Slowloris DOS attack on target domain. 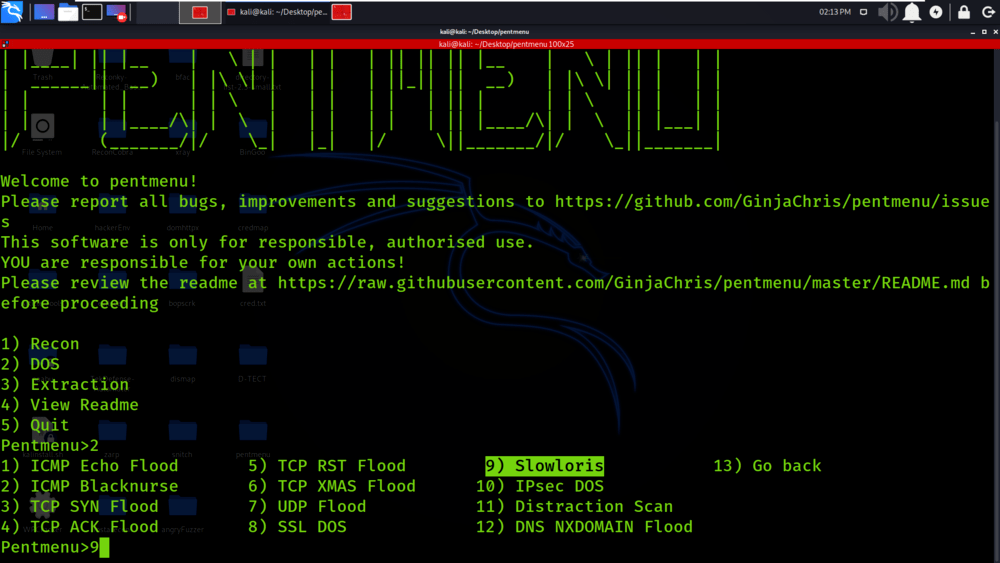 We have specified of requests which will be performed in fraction of seconds. 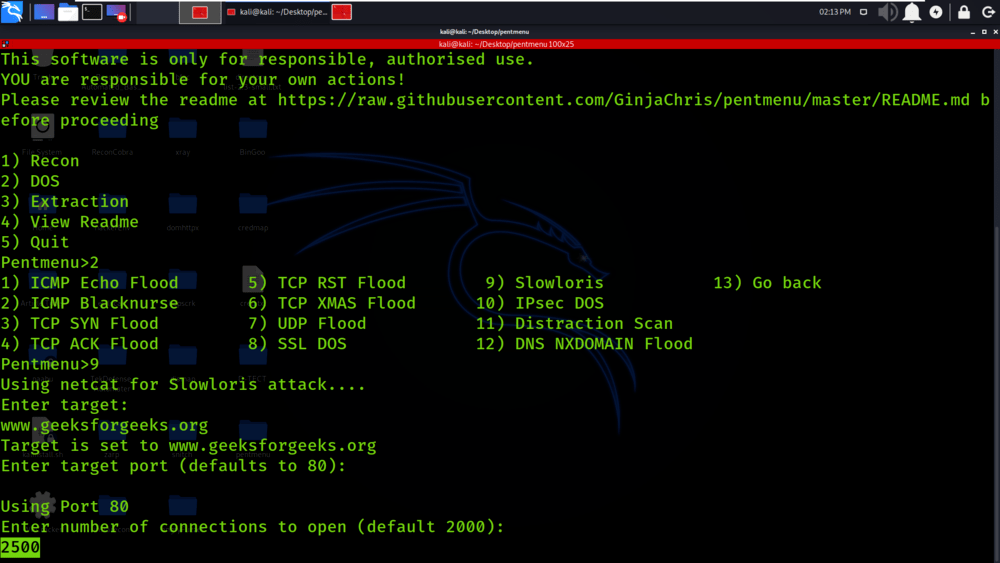 In the below screenshot, you can see that the request performed are shown in real-time mode. 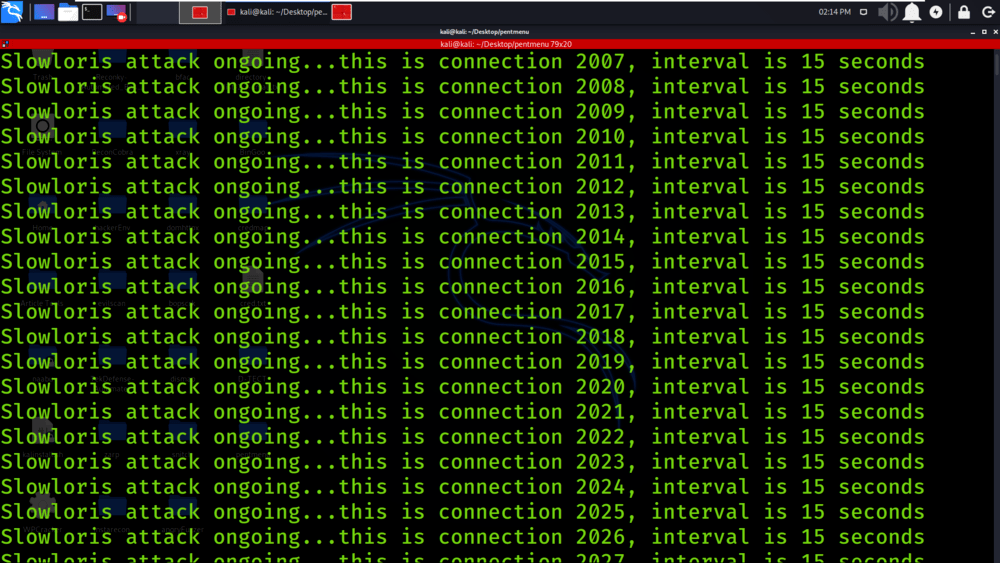 In this example, are creating listener for incoming requests. 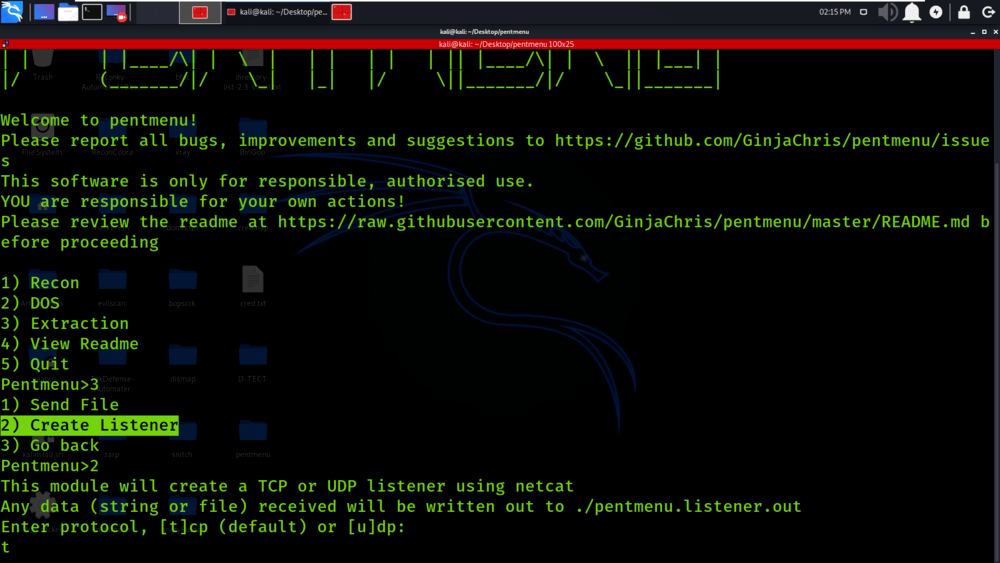 We are listening on the port number 90. 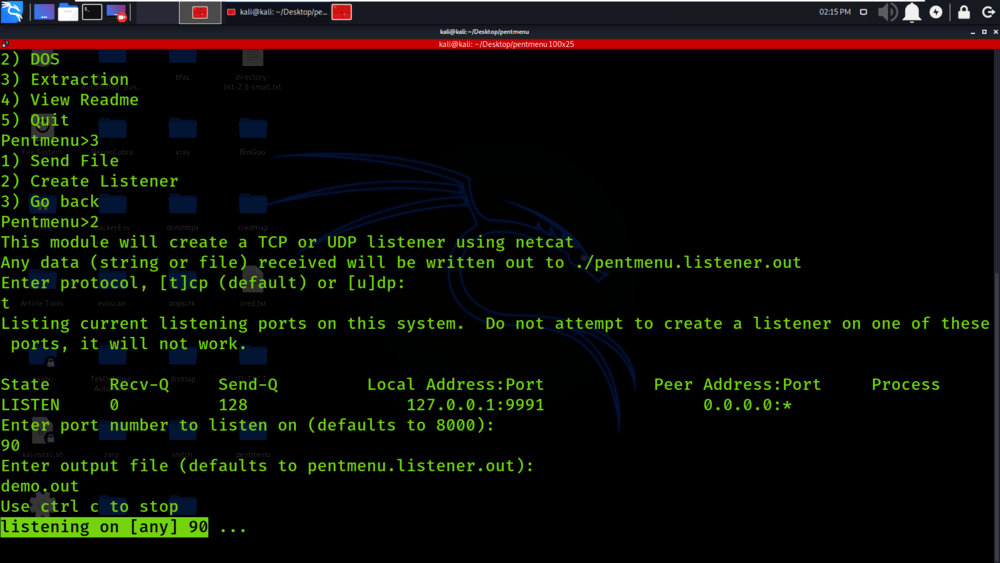