In this article we will study the concept and uses of Parse Tree in Compiler Design. First, let us check out two terms :

Rules to Draw a Parse Tree :

Example-1:
Let us take an example of a Grammar (Production Rules).

The input string is “sab”, then the Parse Tree is : 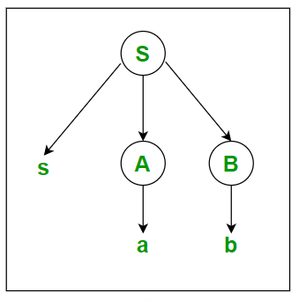 Example-2:
Let us take another example of a Grammar (Production Rules).

The input string is “acbd”, then the Parse Tree is : 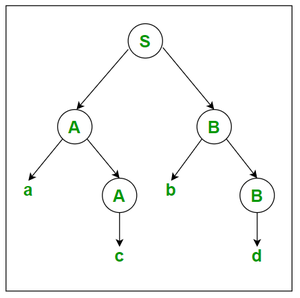