Linear equations are used to describe a relationship between two variables. Sometimes in some situations, we don’t know the values of the variables we want to observe. So, then we formulate the equations describing how they behave and solve them. The Number of equations obtained should be equal to the number of variables. For example,

In such situations as above, making two linear equations and solving them works. There are several ways of solving such pairs of equations.

A linear equation is defined as,

Where, a, b and c are real numbers and a and b both are not zero.

A pair is formed by two such linear equations. It can be represented as,

No Solution, Unique Solution, and Infinitely Many Solutions respectively

Let’s look briefly at different methods of solving these equations.

In this method, we represent the equations on the graph and find out their intersection through it. We look for the points which are common to both lines, sometimes there is only a point like that, but it might also happen that there are no solutions or infinite solutions.

Question: Find out the intersection of the following lines.

We will plot both the lines on the graph. 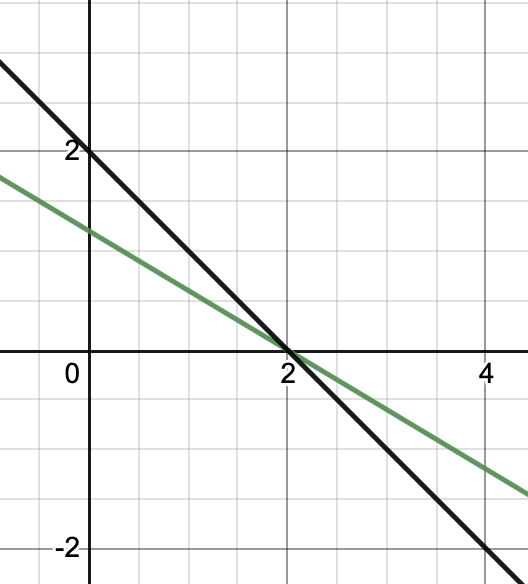 If we compare the coefficients a1, a2, b1, b2, c1, and c2 with different pairs of equations which have a unique solution, infinite solutions, and no solutions. We obtain the results given below in the table.

In this method, we use one equation to express a variable in terms of the other variable thereby reducing the number of variables in the equation. Then we substitute that expression into the other equation that is given to us.

Question: Solve the following pair of equations with the substitution method.

Substituting the value of x in the other equation,

Question: Solve the following equations with the elimination method.

We have two equations,

Adding the equation (1) and (2) to eliminate the variable -y.

Substituting the value of x in equation (1)

This method looks more complex than the other methods, but it is one of the most efficient ways to solve linear equations. Let’s say the two lines whose equation is,

The solution is given by,

Question 1: Solve the following equations with the elimination method.

We need to plot them of graph separately and then look at their intersection. 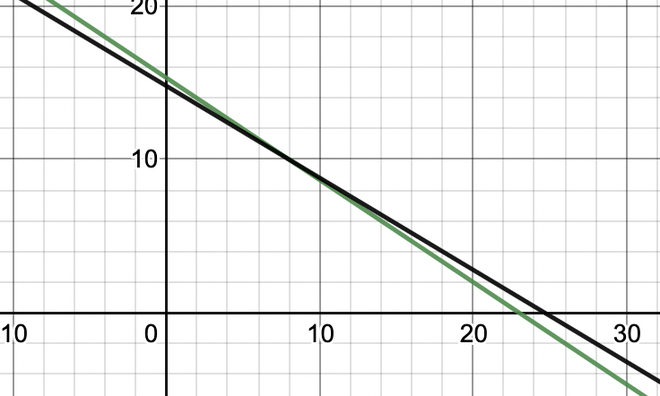 We have to solve these two equations

Let’s we pick the second equation,

Now substituting the value of x in the other equation.

(4, 0) is the solution to this pair of linear equations.

Question 4: Solve the following equations with the elimination method.

Let the equations be,

We need to eliminate one of the variables here from these two equations,

Subtracting both of these,

Substituting this value in equation (1)