Painter’s algorithm is the algorithm which is introduced by Hewells  in 1972.

The techniques used by these algorithms are image space and object space.

The name of this algorithm is Painter’s because it’s working is like a painter who creating an oil painting. Just like an artist paints, he start his painting with an empty canvas, the first thing the artist will do is to create a background layer for the painting, after this layer he start creating another layers of objects one-by-one. In this way he completes his painting, by covering the previous layer partially or fully according to the requirement of the painting.

In this algorithm the polygons or surfaces in the scene are firstly scanned or then painted in the frame buffer in the decreasing distance from view point of the viewer starting with the polygons of maximum depth or we can say minimum z-value.

Firstly the depth sort is performed in which the polygons are listed according to their visibility order or depth priority. 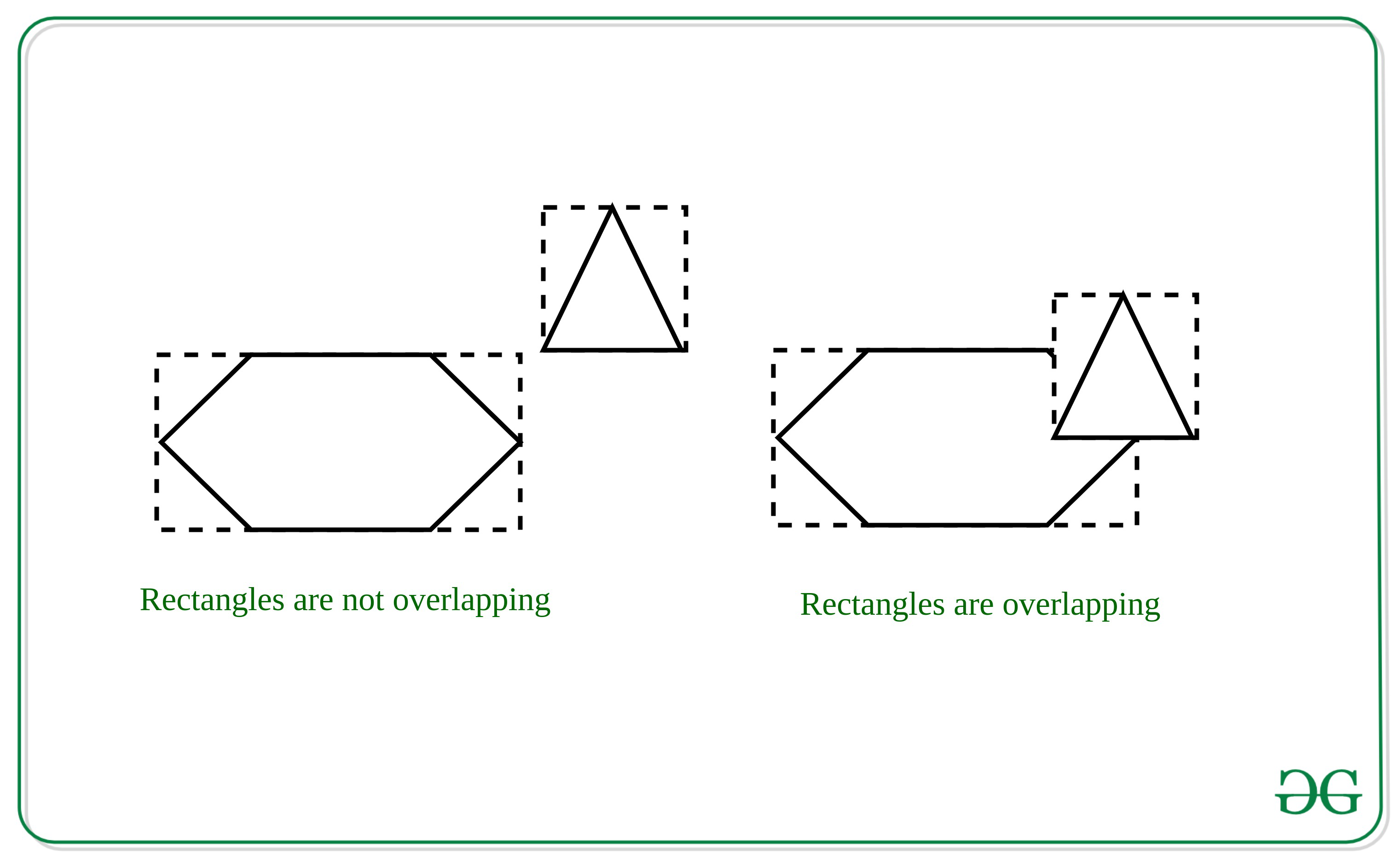 The same test is to be performed for the x-coordinates. 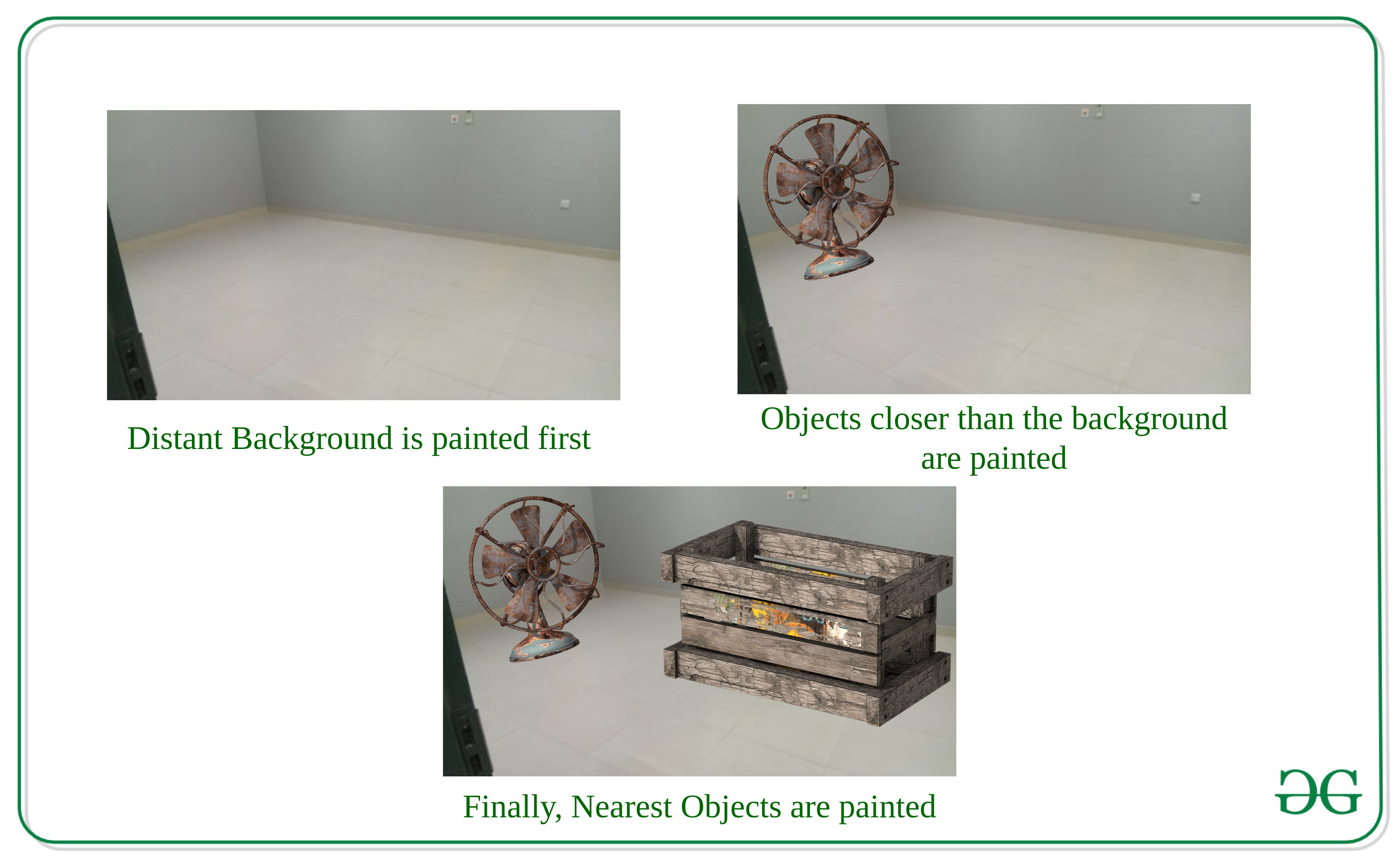 The following are the steps of this algorithm: