Google hacking, also named Google Dorking, is a hacker technique that uses Google Search and other Google applications to find security holes in the configuration and computer code that websites are using. Google Dorking could also be used for OSINT. This technique is also known as advanced searching, as in this the results retrieved are only relevant to the query fired as a request.

The above google Dorking query will find the email.xls file on the domain.

Firing a single query all the time on google becomes difficult as this can take more time, so we can automate this Dorking task through automation tools.

Pagodo is an automated tool developed in the Python Language which consists of various dorking .txt files like sensitive directories discover, error message dork, etc. So by firing the single command, the tool will query the hundreds of dorking queries on google and retrieve the result on the terminal itself. Pagodo tool is open source and free-to-use. 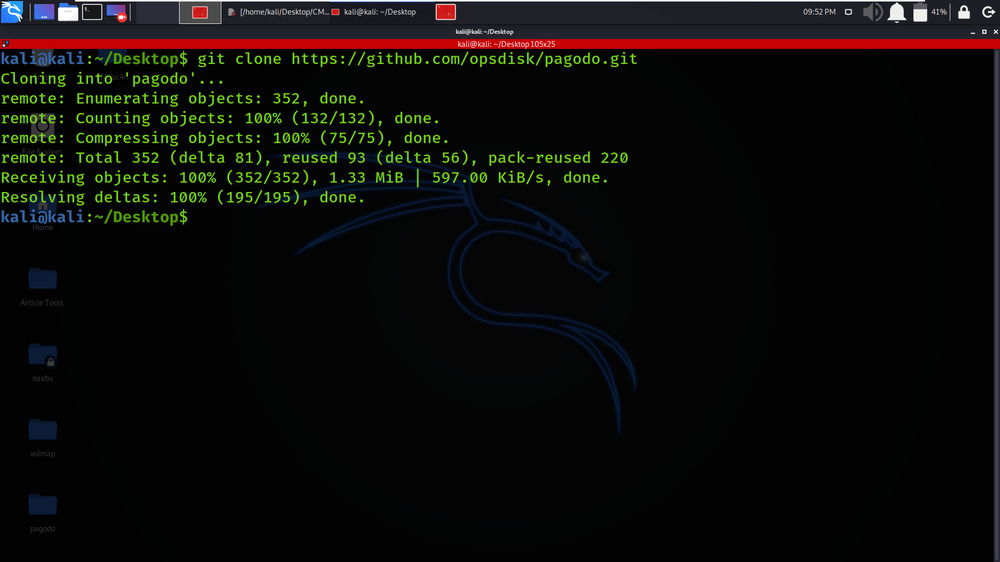 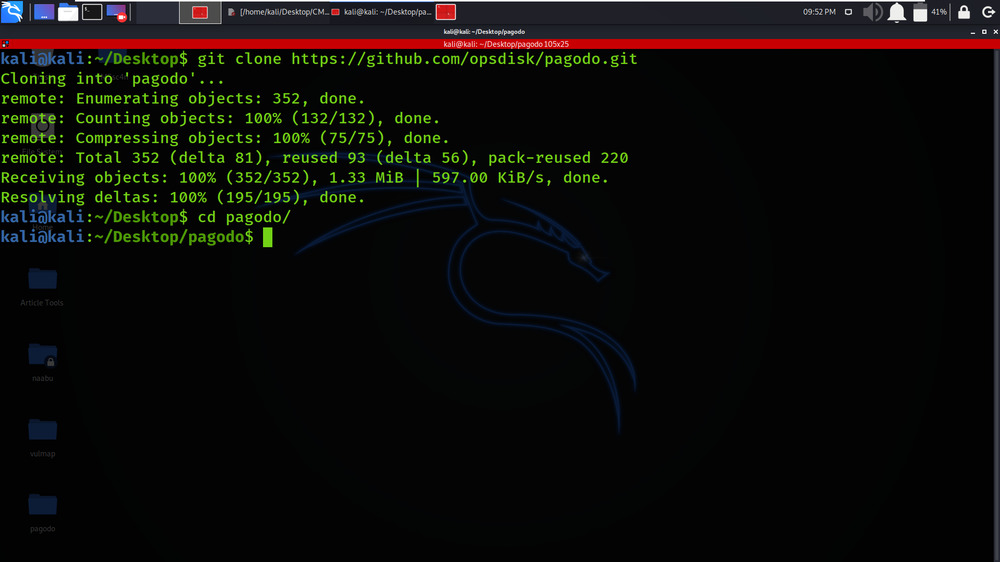 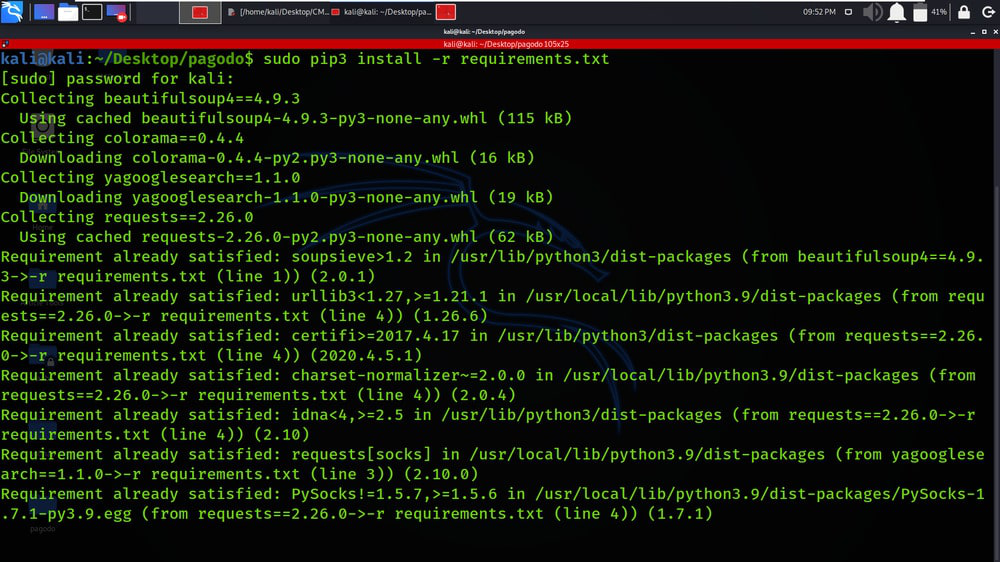 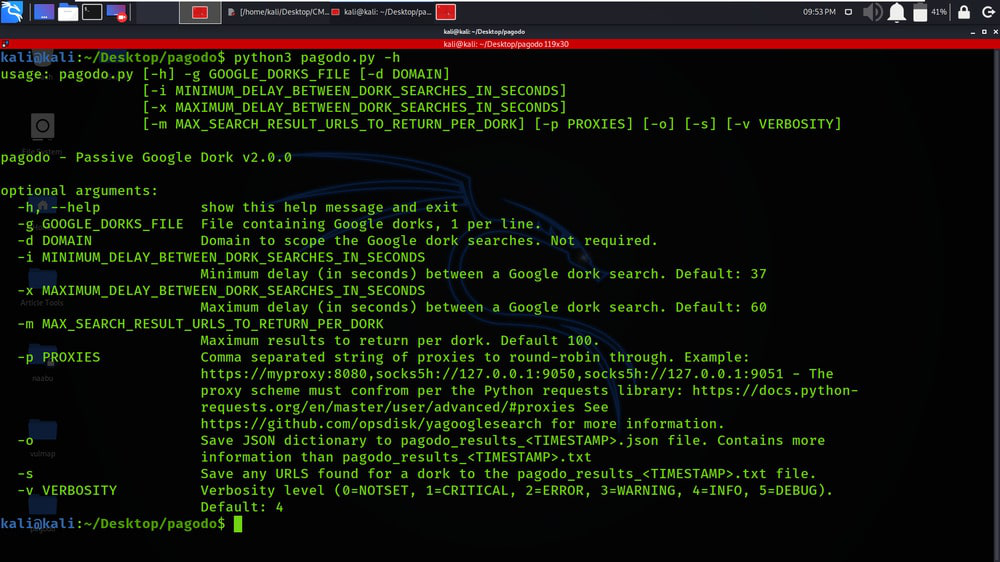 Example 1: Using pagodo.py as a script

In this example, We will be starting Google Dorking for finding the sensitive directories on the geeksforgeeks.org domain. 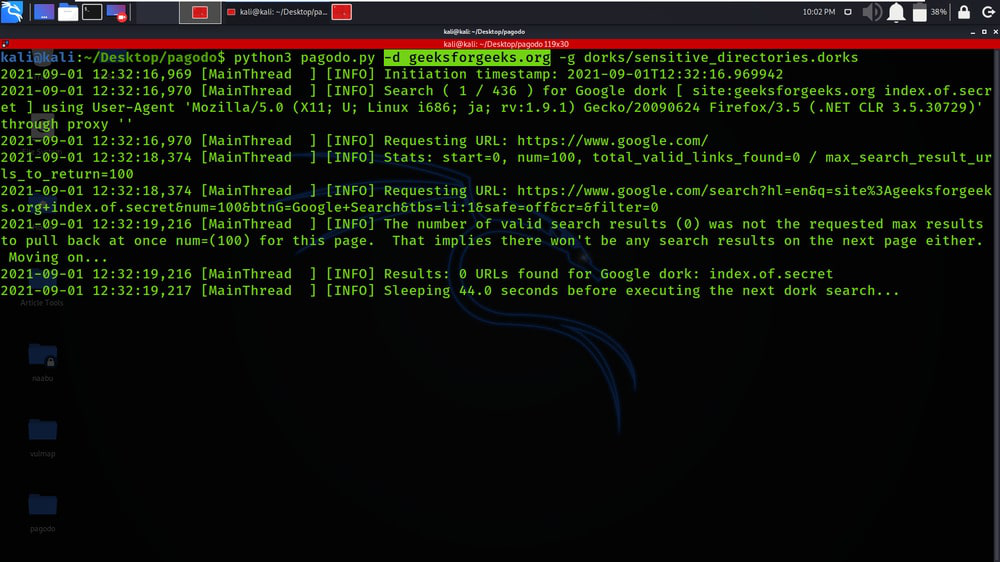 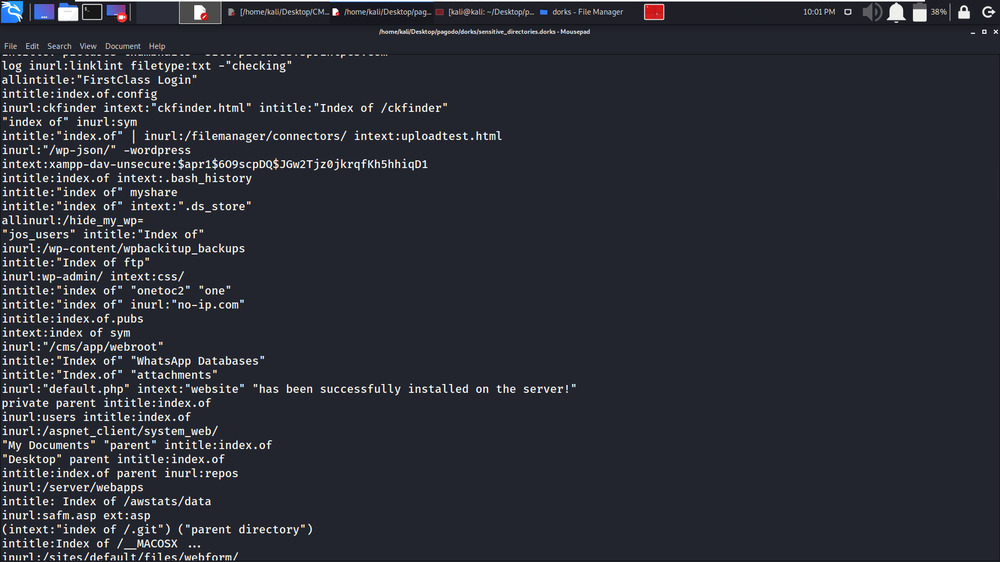 In this example, We will be starting Google Dorking on the geeksforgeeks.org domain. 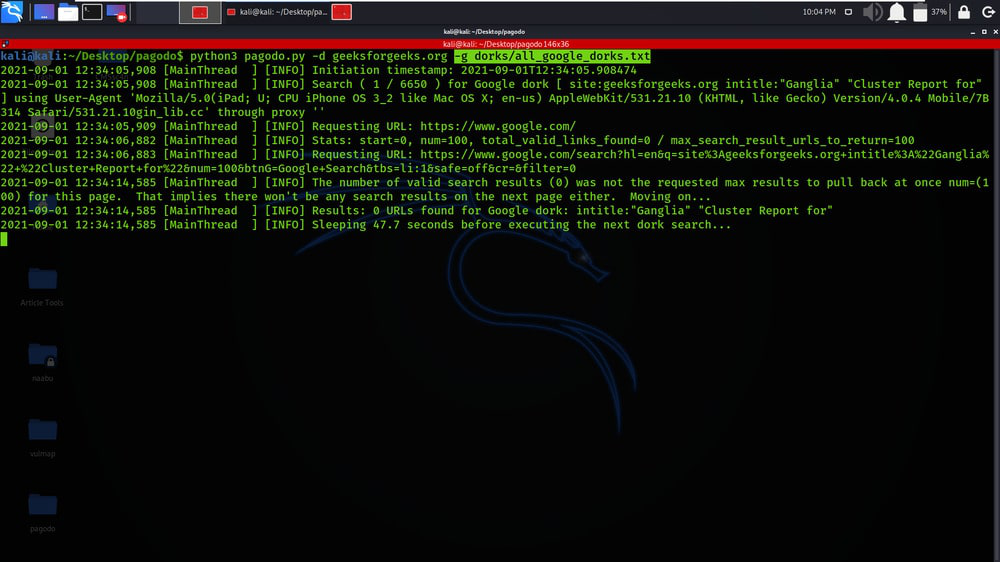 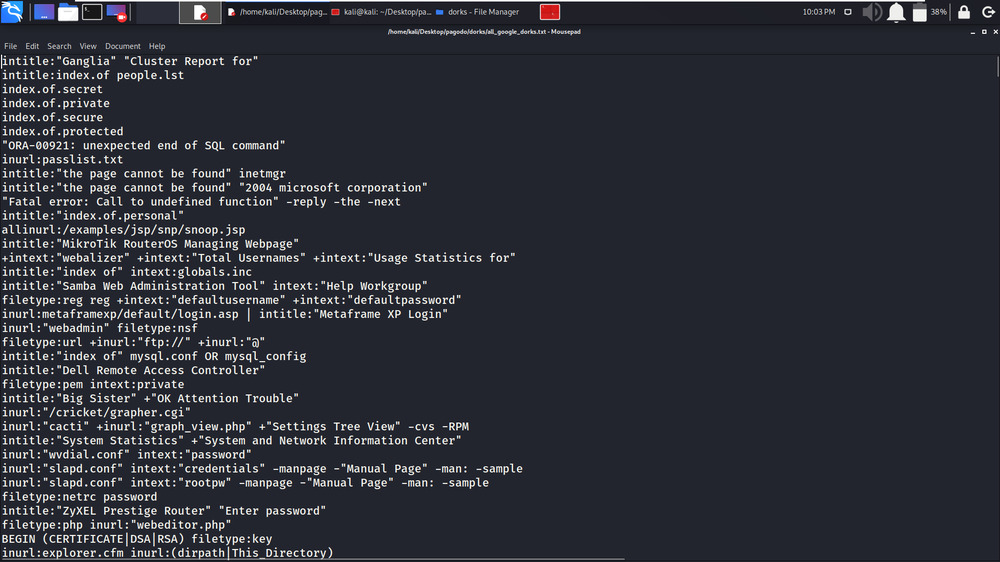 In this example, We are Setting a Minimum delay (in seconds) between a Google dork search. 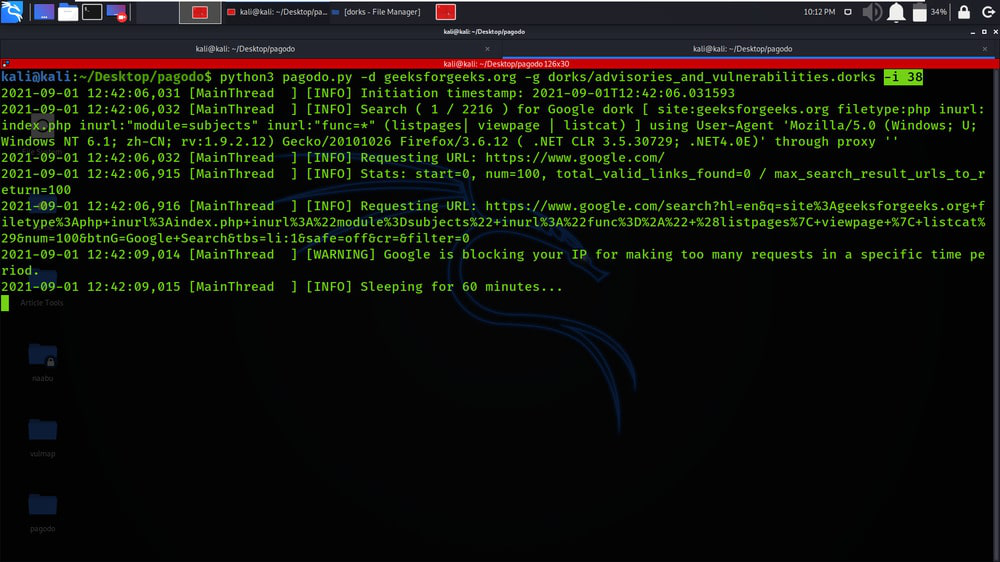 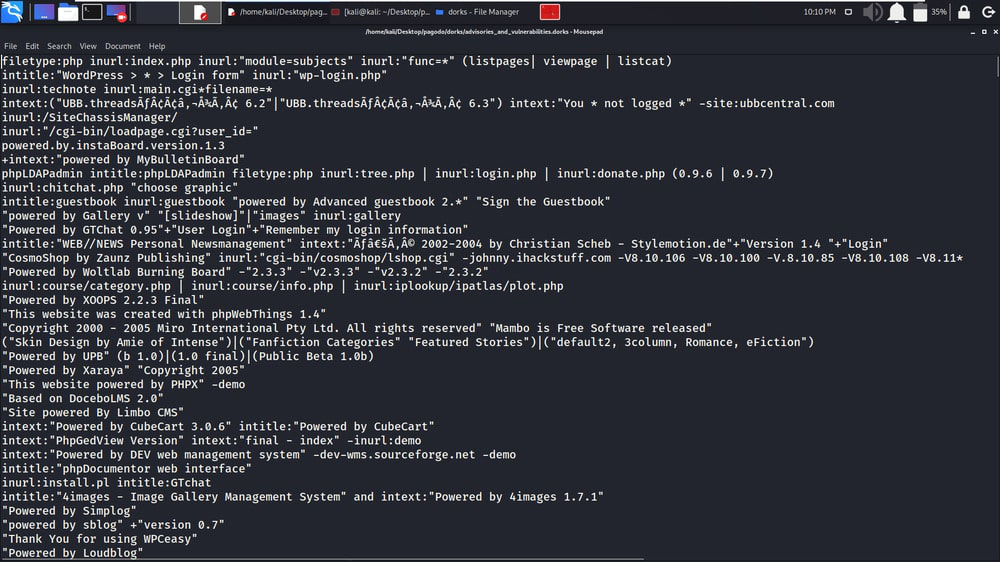