Scapy is a powerful and versatile packet manipulation tool written in python. Using scapy, a user will be able to send, sniff, dissect and forge network packets. Scapy also has the capability to store the sniffed packets in a pcap file. Using scapy, we will be able to handle tasks like trace routing, probing, scanning, unit tests, and network discovery with ease. All of these properties make scapy useful for network-based attacks.

As mentioned before scapy performs a wide range of networking tasks and one such task is packet sniffing. Packet sniffing is the process of capturing all the packets flowing across a computer network. The sniffed packets give away a lot of information like what website does a user visit, what contents does the user see, what does the user download and almost everything. The captured packets are usually stored for future analysis.

In this article, we will learn how to sniff packets using scapy and store the sniffed packets in a pcap file.

To work on scapy, we need to have scapy installed on our computer.

Now that we have scapy installed, open scapy shell by typing “scapy” in your terminal. 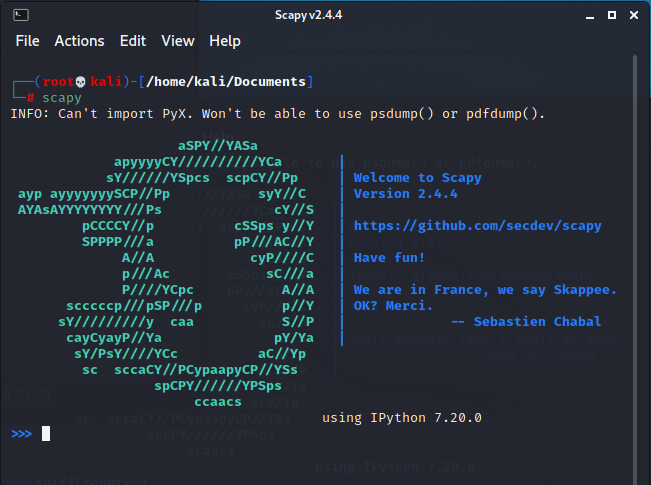 To see the summary of packet responses, use summary(). 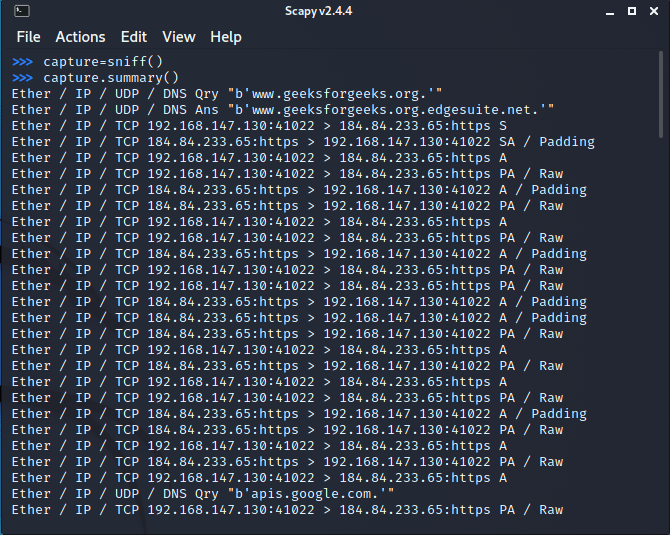 The sniff() function listens for an infinite period of time until the user interrupts.

To restrict the number of packets to be captured sniff() allows a count parameter. By specifying a value for the count, the packet capturing will be restricted to the specified number.

You can also filter packets while sniffing using the filter parameter. It uses a Berkeley Packet Filter (BPF) syntax.

The following command will capture only TCP packets:

Similarly, you can filter any packet on the basis of source/destination IP address, port number, protocol and lot more by using the BPF syntax.

When scapy sniffs packets, it generally sniffs from all of your network interfaces. However, we can explicitly mention the interfaces that we would like to sniff on using the iface parameter. The iface can either be an element or a list of elements. 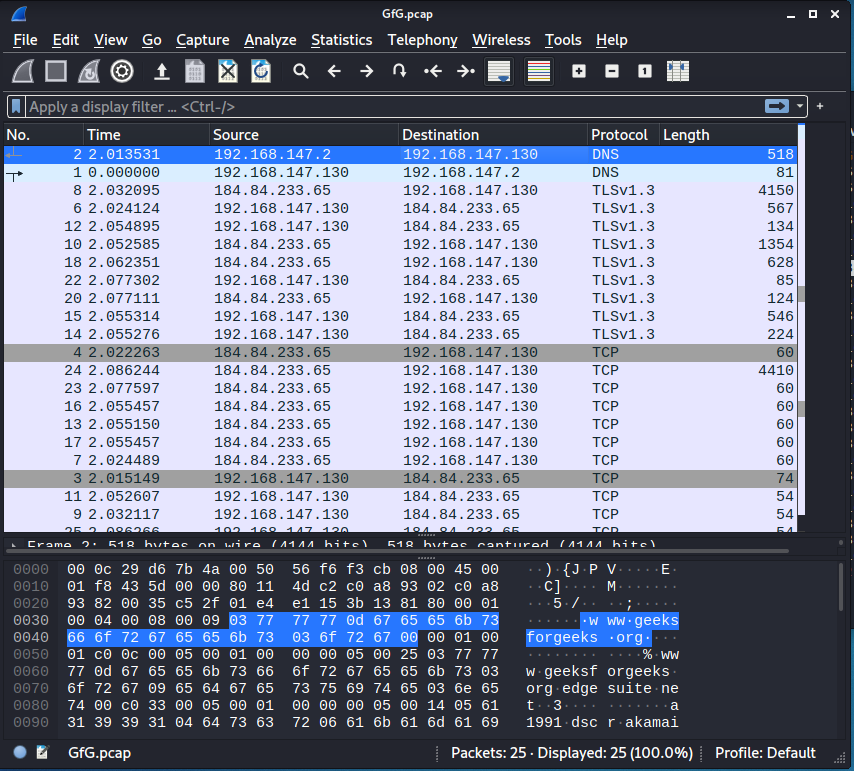 We can also sniff packets offline from pcap files by running the following command: 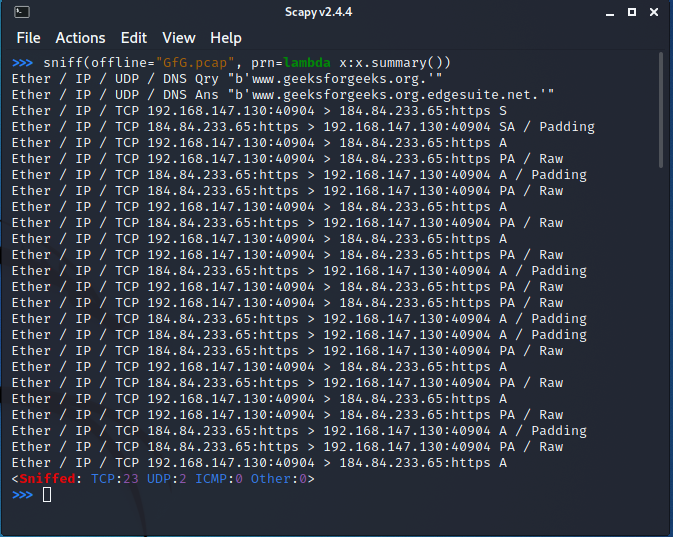 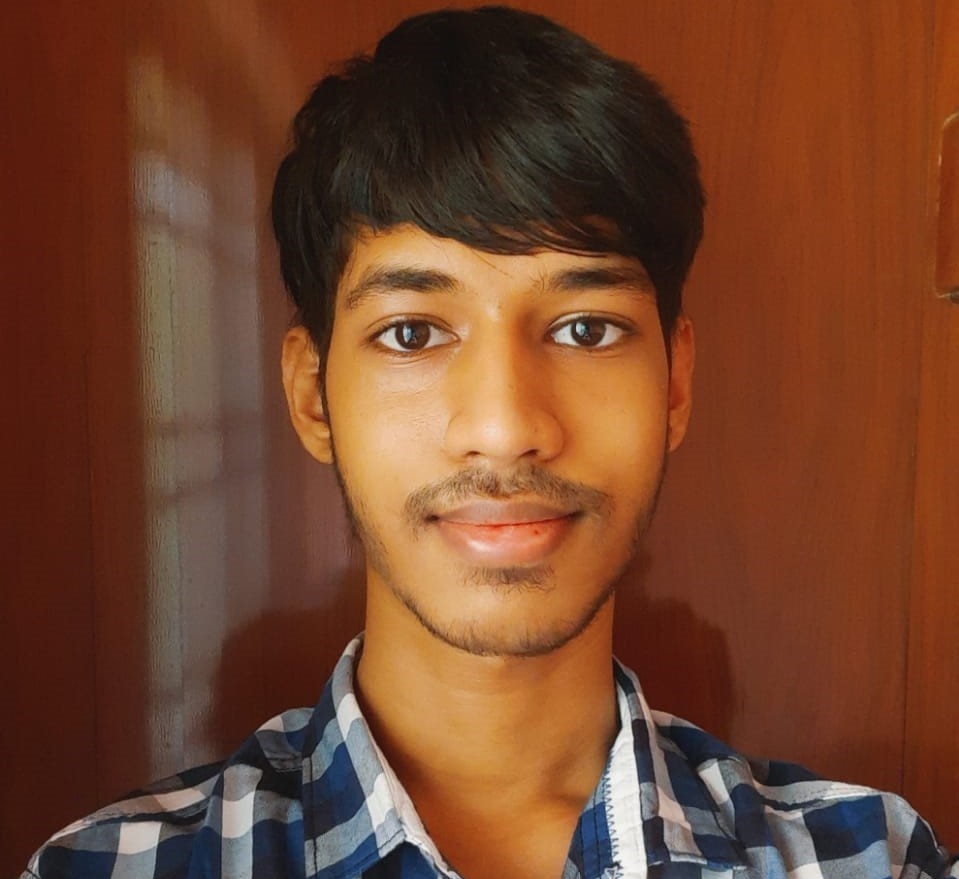