In the establishment of TCP connection, Maximum Segment Size (MSS) is vital. MSS refers to field in TCP header, that denotes largest amount of data, in Bytes, that device can receive in TCP segment. 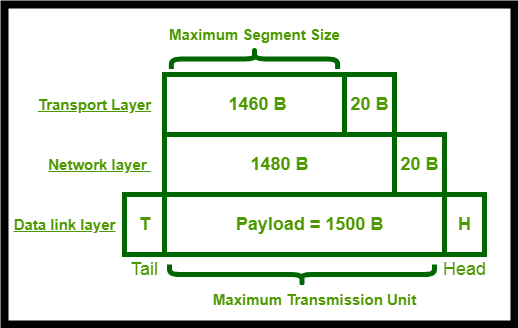 Note –
Thus, Maximum Segment Size refers to highest payload size, an end device is ready to accept within single packet. The maximum Transmission Unit is highest size of packet that can flow through network without being divided.