Gauss-Markov :
This mobility model was proposed for the simulation of the Personal Communication Service. For example, some years ago, there was only landline but now there are wireless phones which you can use by walking all around the house. For that type of service, the Gauss Markov model is used.

Initially, each mobile node is assigned a current speed and direction. It means that every node has its initial direction and initial speed and it can change itself randomly. It can move freely in and out.

Now, as there is no simulation area in this model. Suppose, it goes out of that area or is at the border of the area. Then, the average speed and average direction value are replaced by the mean value. To calculate the mean value we use a protractor. Joining two protractors, we have a full 360 degrees. 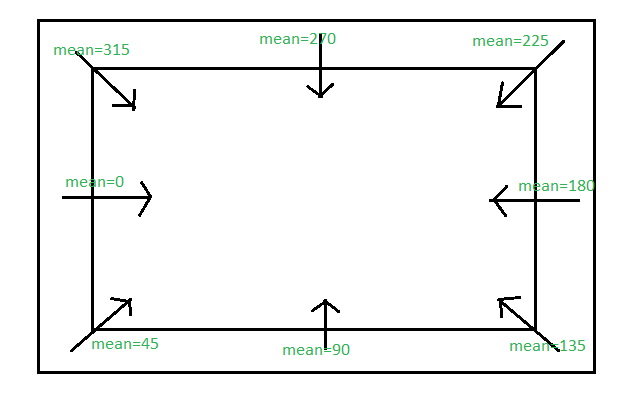 It looks after the near ranges where it lies. Suppose, it is near the range 225. It covers that in mean and get it inside and gets it full coverage. The main point to look after is only the index of randomness, average speed and random variable of gaussian distribution.